In 2019 we celebrated 'People Power' – the ability of local communities, groups and individuals to evoke change. 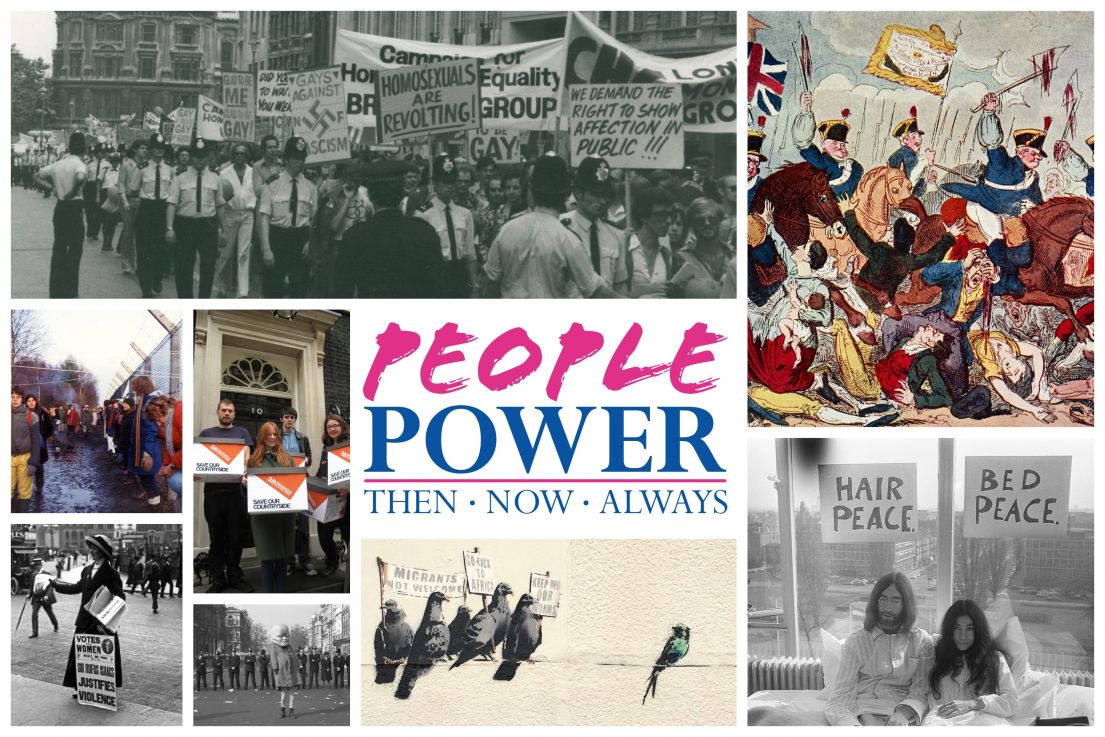 The theme was inspired by two contrasting anniversaries, which highlight the different forms of People Power:

People Power in all its forms

People Power can be demonstrated in many ways. Street art; citizen science projects; protest marches; folk songs; petitions; documentaries; craftivism; crowdfunding; letters to newspaper editors; forming groups such as trade unions. It’s rarely one person or action that creates wholesale change, but they can be the pivot that turns the tide of opinion to push forward that change. For example:

We put together a special resource pack to inspire organisers to uncover new stories and create special events for the festival. Asking them:

Over 460 events were staged and a special booklet was produced to celebrate '25 Years of People Power', highlighting the people, places and events that make Heritage Open Days so unique.

Made possible by support from players of People's Postcode Lottery. Unsung Stories is an annual arts-based strand of Heritage Open Days, focusing on aspects of heritage that have been overlooked or pushed to the sidelines. For 2019 we worked with award winning craftivist Sarah Corbett, on 'Dare to Dream' a project celebrating past examples of People Power and looking at how we can create the positive change we want today.