Collections by Candlelight – the awesome archives of the Royal Society

Science, candles and dance in an archive? – Sounds like an interesting, and potentially explosive combination! Yes I did a double take too when I saw the leaflet for 'Collections by Candlelight' at a recent exhibition. I had to find out more so asked Virginia Mills, an Archivist at the Royal Society, to introduce us to their collections and work. Hold on to your hats – turns out this bedazzling event is a fitting showcase of the marvels to be found at one of England’s oldest archives of scientific research. Look out for moon rocks, penguins and romance amongst the cutting edge research!

As the archivist for early collections at the Royal Society, I’m in the privileged position of being custodian to some of the most significant scientific archives in the country. The Royal Society was founded as an organisation for experiment-based learning and the advancement of knowledge in 1660, at a meeting of minds that included Christopher Wren and Robert Boyle. We’ve played a part in many major scientific developments in the 358 years since our foundation.

It’s mind-blowing how much our scientific knowledge has progressed in that period. Advances represented in our archive range from the first scientific papers on inoculation (published in the world’s earliest peer reviewed journal, Philosophical Transactions of the Royal Society, and eventually leading to the eradication of smallpox) to the development of penicillin by Royal Society President Howard Florey, whose papers we hold in our collections. Our sponsorship of voyages of discovery includes the exploration of Australia in the 18th century by James Cook FRS and Joseph Banks, (who later became the longest-serving President of the Society), and voyages to Antarctica in the 19th and 20th centuries.

...and its awesome collections

We hold institutional records going right back to the minutes of the very first meeting in 1660, as well as papers of and about Fellows. Fellowship of the Royal Society is open to scientists in all disciplines from botany to computer science, so the collection is incredibly diverse. Just this year we’ve acquired the papers of Nikolaas Tinbergen FRS, the founding father of the scientific study of animal behaviour, and the working papers of pioneering UK space researchers Geoffrey Eglinton FRS and Colin Pillinger FRS, who investigated the first moon rocks brought back to earth by the USSR in the 1960s.

I’ve been at the Royal Society for less than a year so I’m still in the ‘getting to know you’ phase of my relationship with the archive, and my affections within the collection are fickle. Every time I venture into the vaults to retrieve an item for a researcher or to answer an enquiry I discover a new favourite treasure. Our most requested item is probably the manuscript from which the first edition of Philosophiae Naturalis Principia Mathematica was printed. This is the seminal work of Isaac Newton (another President) in which he defines and analyses the laws of motion and gravity – though no mention of the apocryphal apple – and gives them mathematical expression. Newton is given a run for his money in popularity by an item from our library collection: the 1859 first edition of On the Origin of Species by Charles Darwin FRS. 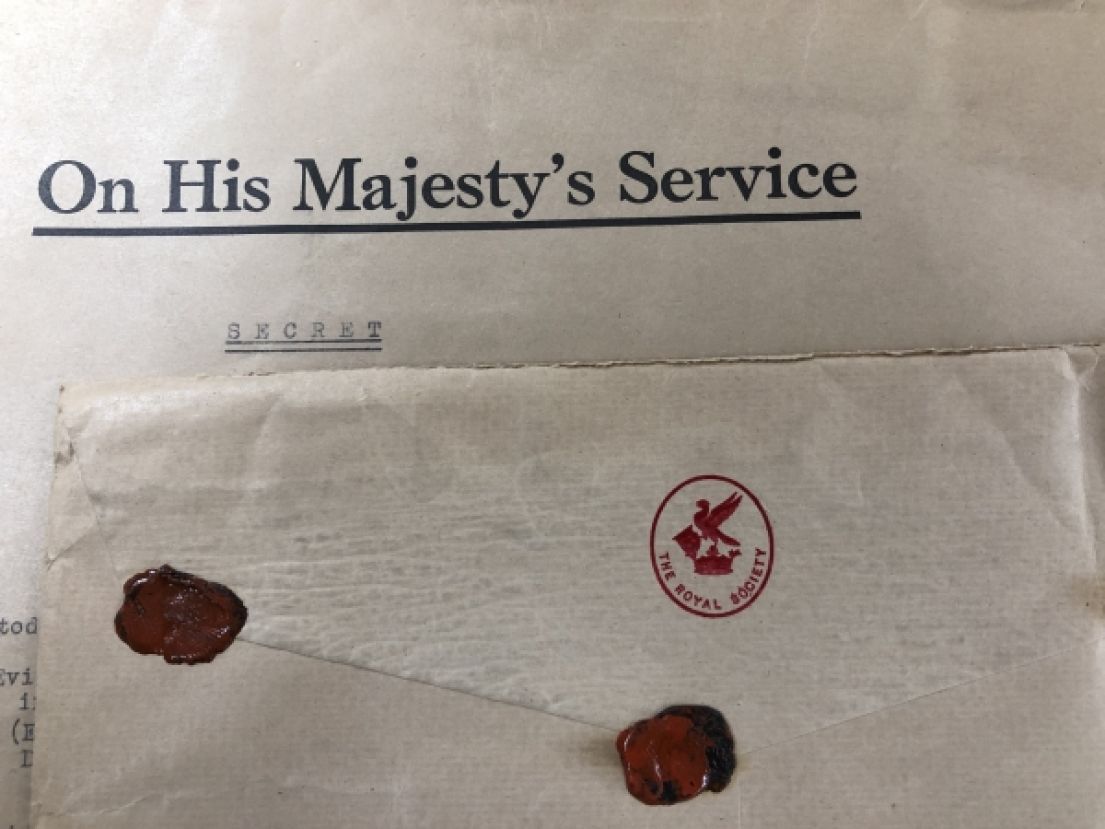 It’s awe-inspiring to handle works of such significance, but I also love coming across records of the unusual, ephemeral and unexpected. In my first month at the Society I catalogued nuclear research papers of the ‘Tube Alloys Project’, the unprepossessing code name for British clandestine research into nuclear weapons during World War II. The papers were placed sealed in the archive during the war as they were too dangerous to publish, and there they remained unopened for over fifty years. By contrast I’ve also found a wall calendar of ‘scientific studs’ (fully clothed, thank goodness!) and discovered that the library’s collection of books by Fellows contains some romantic fiction set at CERN.

Researchers can come in to view any archive or library material in our reading room at the Royal Society, Carlton House Terrace, London, open Monday-Friday 10:00-17:00.

My top tip for those planning to visit is to look at our online catalogues first: if you come along with an idea of what you’d like to see, you’ll get the most out of your visit. For those who prefer to browse we have a public exhibition space at the Society as well as online exhibits as part of our Science in the Making and Google Arts and Culture projects.

Showcasing our collection (by candlelight!) 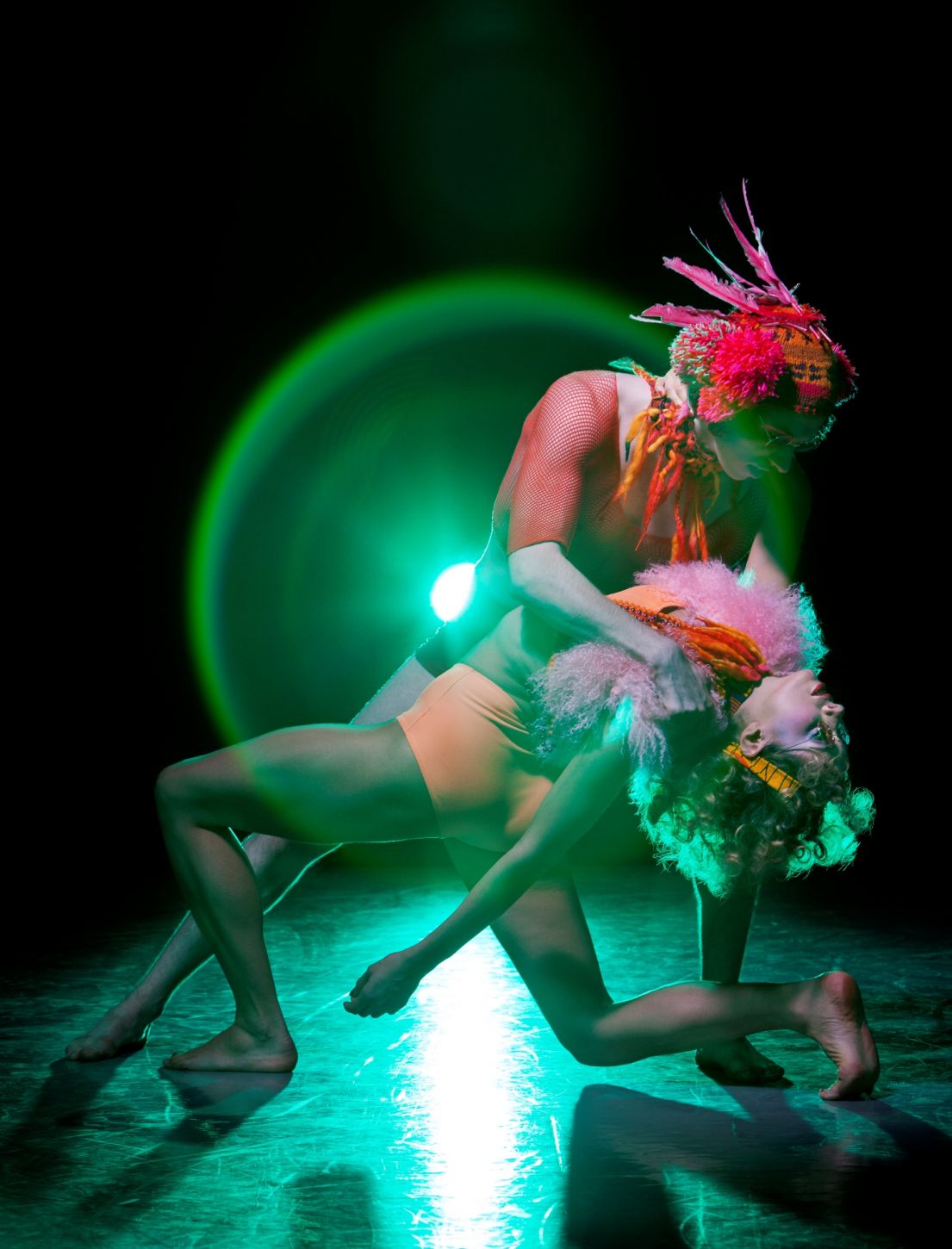 This week (Thursday 6 December) we’ll be throwing the doors of the Society open for a festive showing of some of our treasures at our after-hours event, Collections by Candlelight, an exploration of Victorian science featuring scientific tales from the archive, astronomy in the 19th century and the photography of Julia Margaret Cameron. Of course, candles in the immediate vicinity of the archive material will be a no-no, but there will be a lecture on the chemistry of a candle from Professor Frank James of the Royal Institution. Other activities will include still-life drawing of historic artefacts, and festive fun such as printmaking greeting cards (we have the Victorians to thank for that time-consuming tradition) and mince pie molecular gastronomy.

The centrepiece will be a Darwin-inspired dance performance by contemporary dance students, and to tell you more about how this fusion came about we’ll have talks by Professor Nicky Clayton FRS (University of Cambridge and Scientist in Residence at Rambert) and Mark Baldwin OBE (former artistic director at Rambert).

We hope that you can join us at the Royal Society on 6 December for mince pies and mulled wine – but not near the archives please!

The Royal Society is a Fellowship of many of the world's most eminent scientists and is the oldest scientific academy in continuous existence. Virginia is their Archivist for Early Records.