Behind the scenes of ‘Happy Birthday HODs’

To close this month's anniversary activity, we are delighted to introduce the last of this year's Met Film competition winners, Tsvetelina Valkova and Maggie Conway. Join them as they talk about the making of their quirky new animation 'Happy Birthday HODs'. 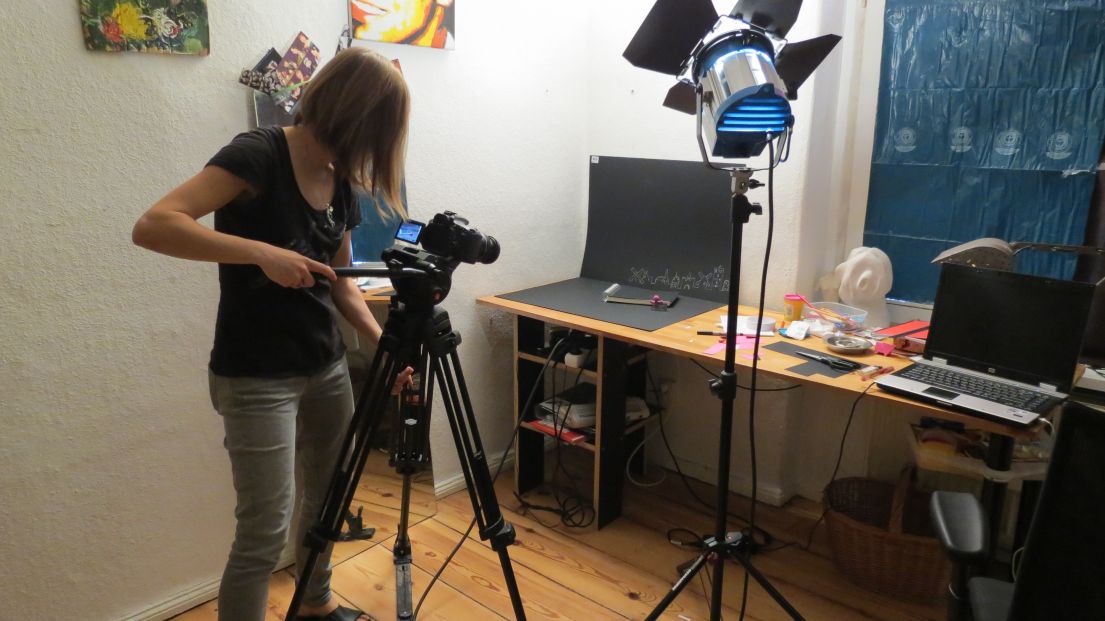 Filming in my room in Berlin © Tsvetelina Valkova

Tell us about yourselves and why you were attracted to the project?

We are first year students at Met Film school. Maggie is still in the London campus and I just moved to Berlin. The project was interesting because it was the first big project that we felt prepared enough to try and apply. It's a great project for an important client.

Where did your idea come from?

Me and my friend DJ had an idea from the beginning of school and when we met each other when Nicola came in to present the project, we just knew that it was the right time to pitch it. We felt the idea was funny and could appeal to all audiences.

How did your idea become a reality?

On our pitch we had something slightly different in mind, but when the panel asked us to show previous works that we have done, I showed them a birthday card that I did for my best friend, which used stopmotion animation and they just liked it. A couple of days later, they gave us green light to proceed with that vision.

Can you explain about the process you used to create the animation?

I have used a plasticine to make the main figures, built the set and the actual shoot took me around 9 straight hours. It's time consuming because you take still pictures of every movement and combine them at the end. If you want to make the character move you take a picture, move him slightly and take another one. It needs to be precise otherwise it will look like he is jumping. You also need to practice before and on the actual shoot you need to know where and how everything is happening, because if you make a mistake you need to start over. The total of stills that I took was around 900. It was difficult, but I have learned a lot.

What did you find most challenging?

At the beginning we were a slightly bigger team, but juggling between our really intense course and doing this project was a bit much. At the end we managed to pull through everything and deliver the clip.

What has been the best part of the experience for you?

Thanks to Met Film school and Heritage Open Days, we now know how demanding it is to work for someone. It's hard, it's time consuming and feels impossible from time to time, but it pays out at the end. The summary of all that is, don't give up no matter what! Happy Birthday Heritage Open Days!

Find out more ways to join the celebration