Behind the scenes of our latest video

Our latest video is a treat! Directed by People's Postcode Lottery film maker Francois Fabre and shot in stunning Berwick-upon-Tweed, we hope you agree it captures the true feel of Heritage Open Days. You would never even suspect it was shot in June. 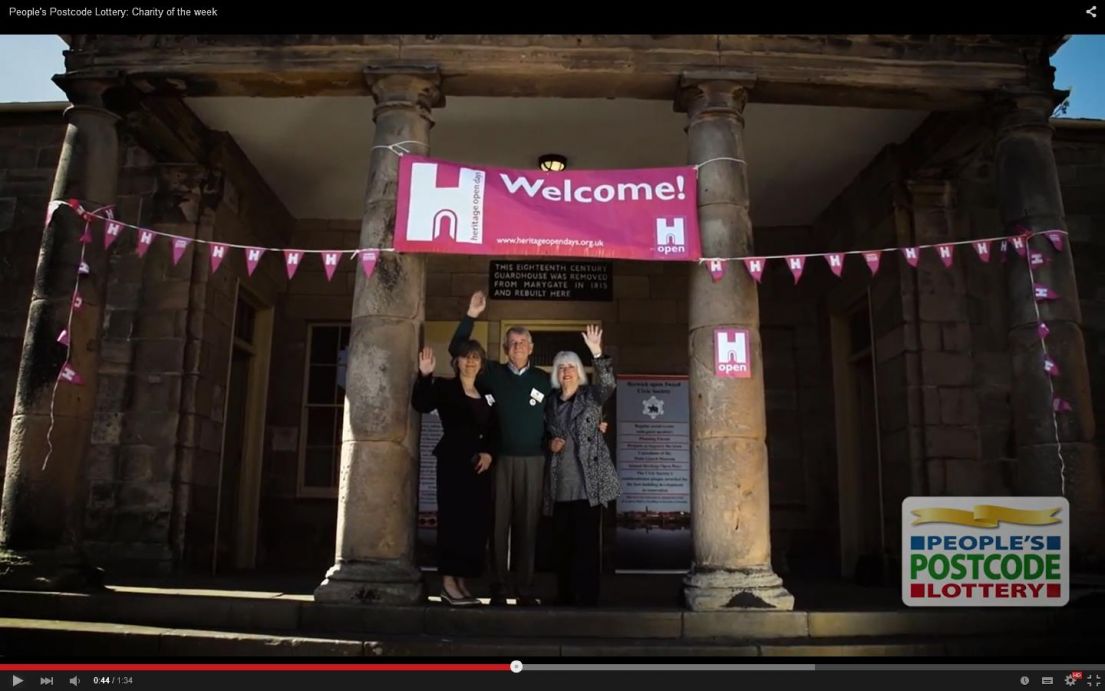 Volunteers at The Mainguard © screenshot

Drumming up a faux Heritage Open Days for camera is no mean feat and certainly not something that can be done single handledly. Cue Jim Herbert, local historian and founder of Berwick Time Lines, reportably the last person to have used a siege weapon against Berwick Castle and Heritage Open Days organiser extraordinaire...

Jim, how did you become involved in the making of this video?

Well, Nicola contacted me, with an outline of the kind of stories and shots the film makers were looking for and asked if it was possible and of course I said, 'Yes!' I know a bit about film-making and I'd do anything to promote Berwick and Heritage Open Days. As the Northernmost tip of England, it has a superlative location with a wide selection of fascinating stories to share.

How long have you been involved with Heritage Open Days?

Around 20 years in one way or another! But since 2009, I seem to have taken on the role of co-ordinating and publicising the event in Berwick and across the River Tweed in Tweedmouth and Spittal.

You were instrumental in co-ordinating your town for the shoot. How did you go about doing that?

I knew that I could depend on certain key groups. Berwick Civic Society have been instrumental in Heritage Open Days since the beginning and now open the lovely early 19th century Main Guard, great to show volunteers getting ready for the weekend.  For a “secret” building interior I knew I could depend on the brethren at the Masonic Hall. For something a little different, the Bank Hill Icehouse. For sound I thought, OK, let’s try to get the organist at Holy Trinity Church to come along and play, (in the end we got three!)  To get the video’s “visitors”, I simply set up a Facebook event and bombarded local history and “what’s on” pages to try to get people to come along.

What was your favourite part of the experience?

Apart from the honour of being chosen and having one of the national team come up to see what we do up here, it must have been a lady called Eileen. She was passing the Masonic Hall with some friends as we were setting up for the filming:

“What’s going on here then, Jim?” (I won’t try to reproduce a Berwick accent!).

“We’re just setting up for this film.  Why don’t you all come in?”

After a little hesitation she and a friend went up to the Inner Temple. She emerged and did a piece to camera along the lines of, “I lived just 50 yards down the road for 20 years and never went in there. I always wondered what it was like.”  Brilliant.  This is what Heritage Open Days is all about!

What was the most challenging?

The idea that we were mocking up a weekend family-friendly event in the middle of the week in June!

“Jim. Can you try to get some children along?”

Now I would never condone children being taken out of school during term time but some people might have done so I got in touch with my “contact” at Berwick Holiday Camp.  She said she’d try to inform any families that the event was on. In the end, I got a few kids along after school to come to the castle just by speaking to parents I knew who might be up for it.

Would you do it again?

Daft question!  Of course I would.

Thank you Jim! And all the people of Berwick for your generosity and enthusiasm: the members of Berwick’s civic society who showed up bright and early to strew the Main Guard with balloons, the brethren of the Masonic Lodge, the church warden at Holy Trinity who turned up to let us in but ended up playing the organ, the volunteers of the Coastguard Watch who greeted us in full uniform and all those who joined us throughout the day to take part and support Berwick. It was fantastic to talk to you; we learnt so much. The idea was to stage a pretend Heritage Open Days but instead, we came away with something much closer to the real thing.