A silent sentinel, a cursed goat's head and a whispering witch.... yes, the nights are drawing in and soon it will be All Hallow’s Eve - a perfect time to share strange stories inspired by our rich landscapes and the people who have walked them. So, gather by a fireside, draw your friends near, and keep the lights on, as the wonderful Weird Norfolk team tell you four of their favourite tales. Are you sitting comfortably? Then let’s begin… 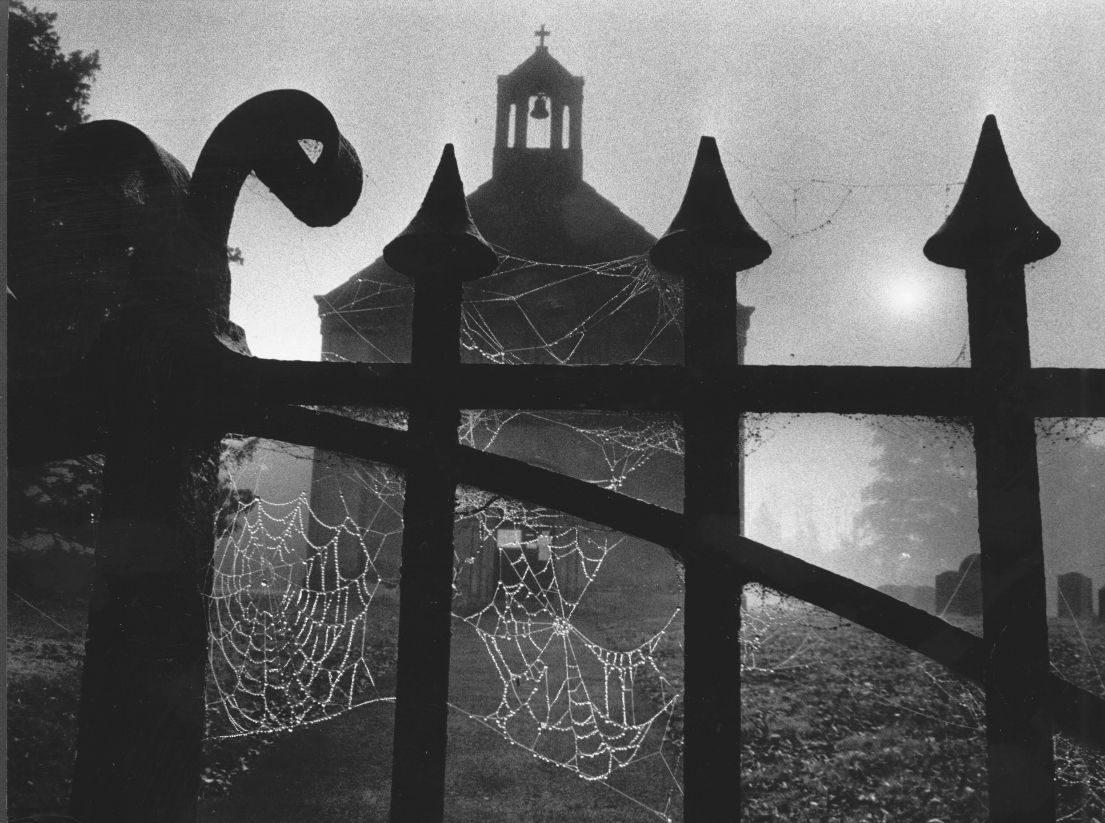 Norfolk has a rich farming, fishing and river and seafaring history, all of which offer plenty of folkloric inspiration and our landscape is ripe for strange tales: glacial erratics that needed explaining, a crumbling coast that creates sunken villages, forests that hide terrible beasts. Our folklore reflects a real respect and fear for the power of nature and the threads of these tales weave through our history to create a rich tapestry of weirdness which we feel is too precious not to preserve. Here we present four of our favourite Weird Norfolk tales, each of which you can learn more about from our online stories or their accompanying podcast. 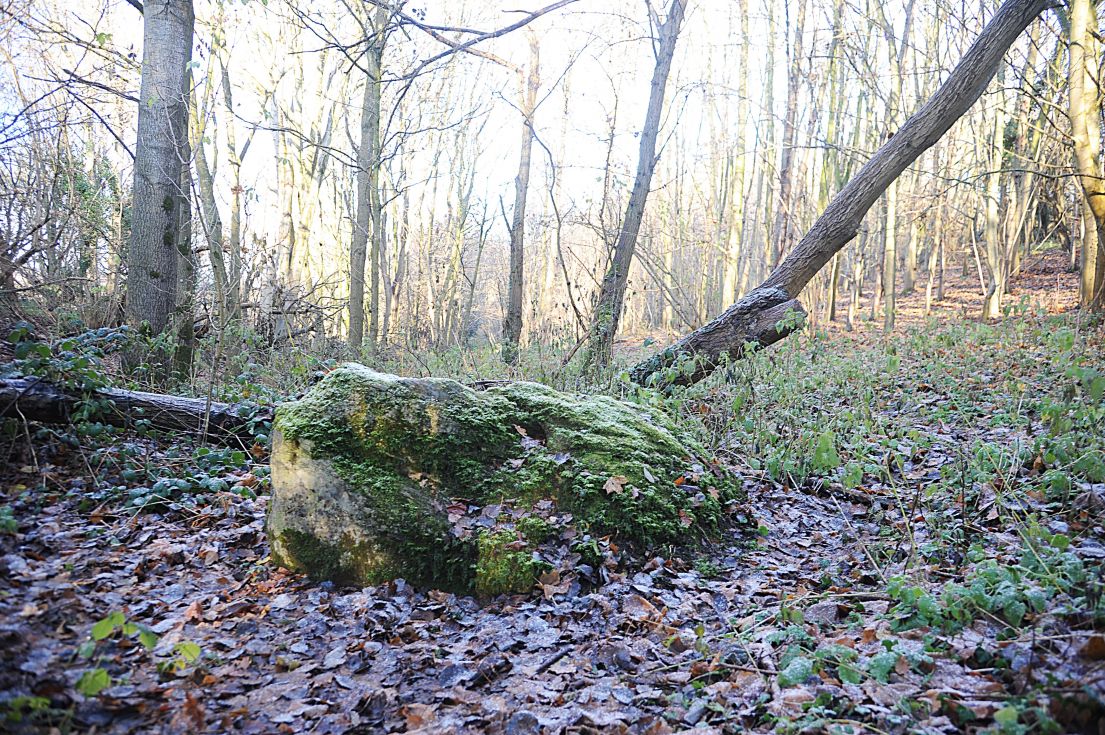 If stones could talk, what tales they'd tell / © Weird Norfolk

In the dark, dark wood, there’s a dark, dark path and by the dark, dark path there’s a mysterious stone that has guarded this deep grove in Breckland for centuries. The great stone of Lyng is quite literally off the beaten track – a large erratic boulder left by the glaciers of the last ice age, many believe the rock resembles a large, squatting toad, which has been a silent witness to life in this quiet part of the village for centuries. Said to bleed if pricked on certain nights and so terrifying that local schoolchildren were allowed out of school early on winter nights so they didn’t have to pass it in the dark, there is a legend that beneath the stone lies a king’s treasure. 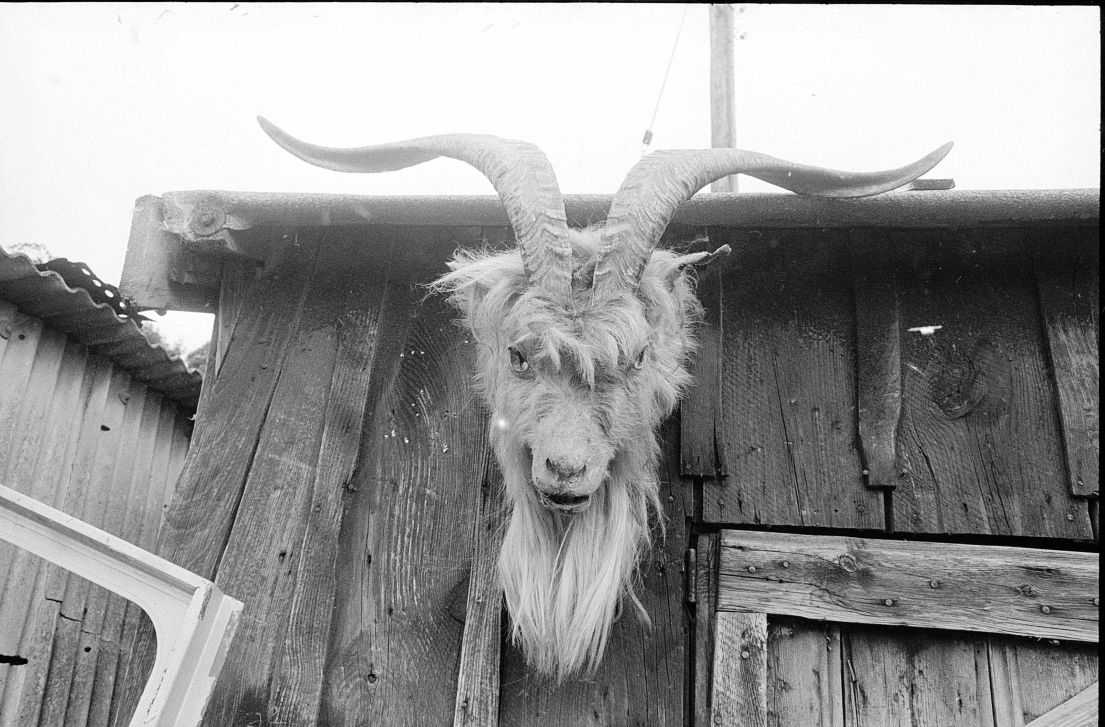 The Cursed Goat’s Head of Stumpshaw

For almost 200 years, The Goat Inn was an integral part of village life in Strumpshaw, a bustling local whose name was simply a nod to its rural location, until... In 1908, Mrs Newton, the landlord’s wife, took a fancy to a magnificent white goat which was brought to the inn by an itinerant pedlar. She resolved to buy the goat and paid half a crown for him – ‘Old Capricorn’ was later slaughtered and his head preserved and hung behind the bar where it watched over the pub for almost 60 years until new landlord Frank Walpole removed it after a series of mysterious events. Mirrors had flown off walls, the piano had played itself, shadow figures had been spotted in the pub after closing time and a boy died the day after touching the goat. Locals missed Old Capricorn, though, and petitioned for his return two years later at which point more misfortune befell The Goat Inn, in particular in regard to the pub pets who all died or were injured. Mr Walpole removed the head, weighted it and threw it in the river to ‘drown’ the evil spell.

Within a month, it was found by a reed cutter who gave it to a friend who hung it in his barn – within days the farm’s dogs had gone mad and the man’s grandmother was in hospital. The head was returned to the inn. Months later, it was discovered in a shallow grave at Strumpshaw gravel pit and, as ever, spooky coincidences followed – tyres deflated, a driver was shot in the arm, dogs were filled with fear…and then the trail goes cold. Just where IS the cursed goat’s head of Strumpshaw? 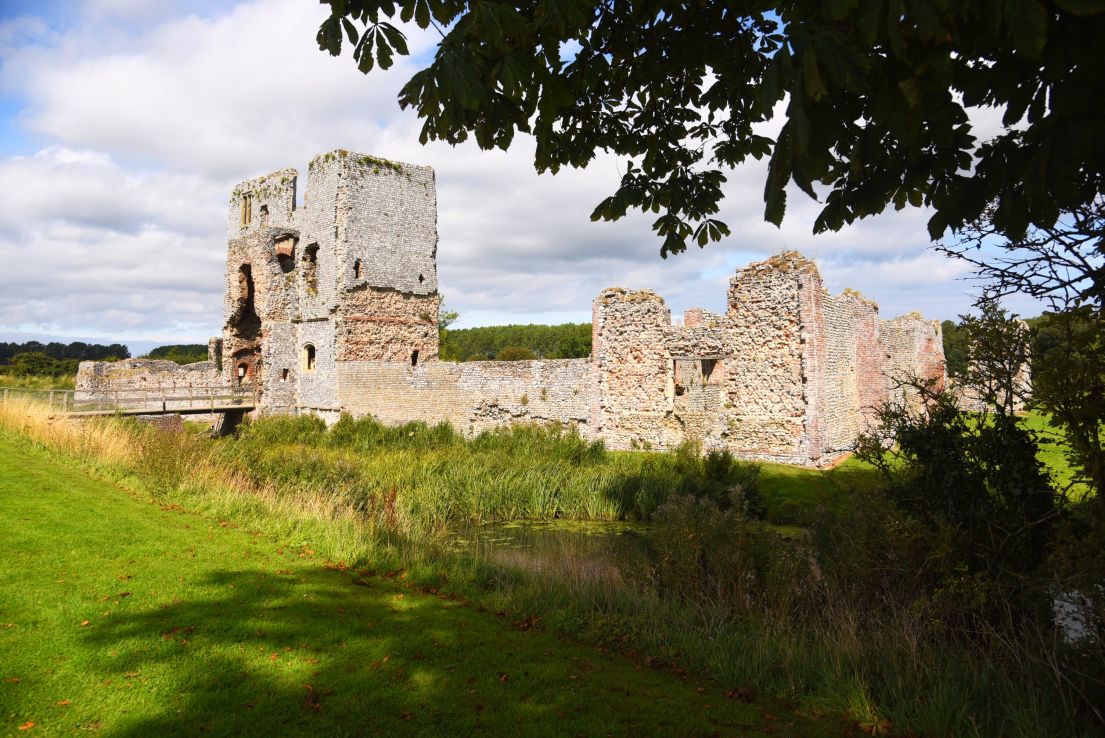 The Ghost of Baconsthorpe Castle

Baconsthorpe Castle near Holt is a peaceful place, its empty ruins standing guard in the middle of open meadows and farmland, an impressive moat and lake offering an idea of the grandeur which this building once lent to this gentle corner of Norfolk.  The Heydons began building work on the fortified manor house in 1450, adding extensions as their wealth grew. Sir John Heydon was appointed Recorder of Norwich in 1431, but was unpopular with townsmen and dismissed before May 1437. An unscrupulous lawyer and opportunist, by the time the gatehouses were built John possibly needed them to see off enemies.

Visitors to the castle ruins often wander through the shattered remains to the moat at which point for some, the silence is broken by the unmistakable sound of stones breaking the still waters, as if thrown from some height. Confused by the ripples, visitors turn to see where the stones hail from, only to catch sight of a ghostly sentry or medieval soldier standing on the castle walls, throwing stones as if to pass the time. Although startled, no one has ever reported feeling threatened by the stone-throwing spirit, and so he remains on guard at Baconsthorpe, waiting for his order from Sir John to stand down. 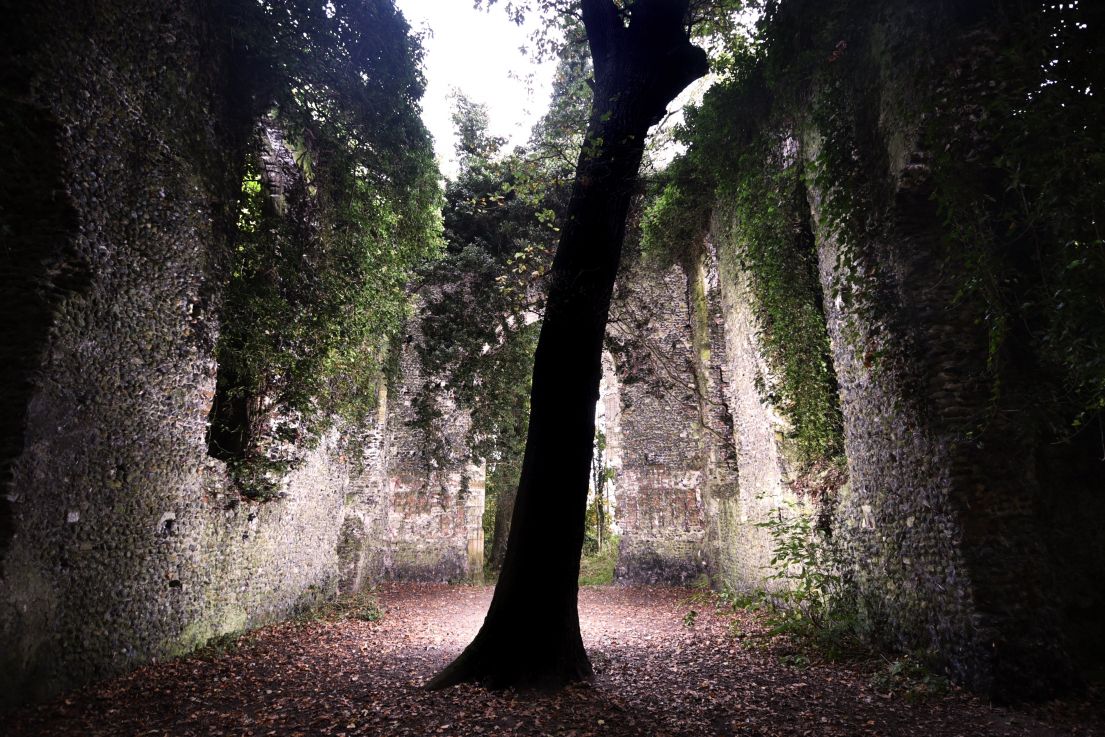 What's at the root of this striking tree? / © Weird Norfolk

The Witch of East Somerton

Woodlands are a place of folklore and fairytale, myth and magic and in a tiny hamlet in Norfolk there is a hidden ruin of a huge church in woodland where a tree grows in the broken nave. It’s said to have grown from the wooden leg that belonged to a witch who was taken to the church and buried there. Some say she was buried alive in the woods and the church built around her to contain her evil, others that she was taken to the ruined building by villagers who thought it wise to contain her in consecrated ground. Either way, if you say her name as you walk round the tree three times, she will appear… Ask us nicely and we’ll tell you what we think her name is! 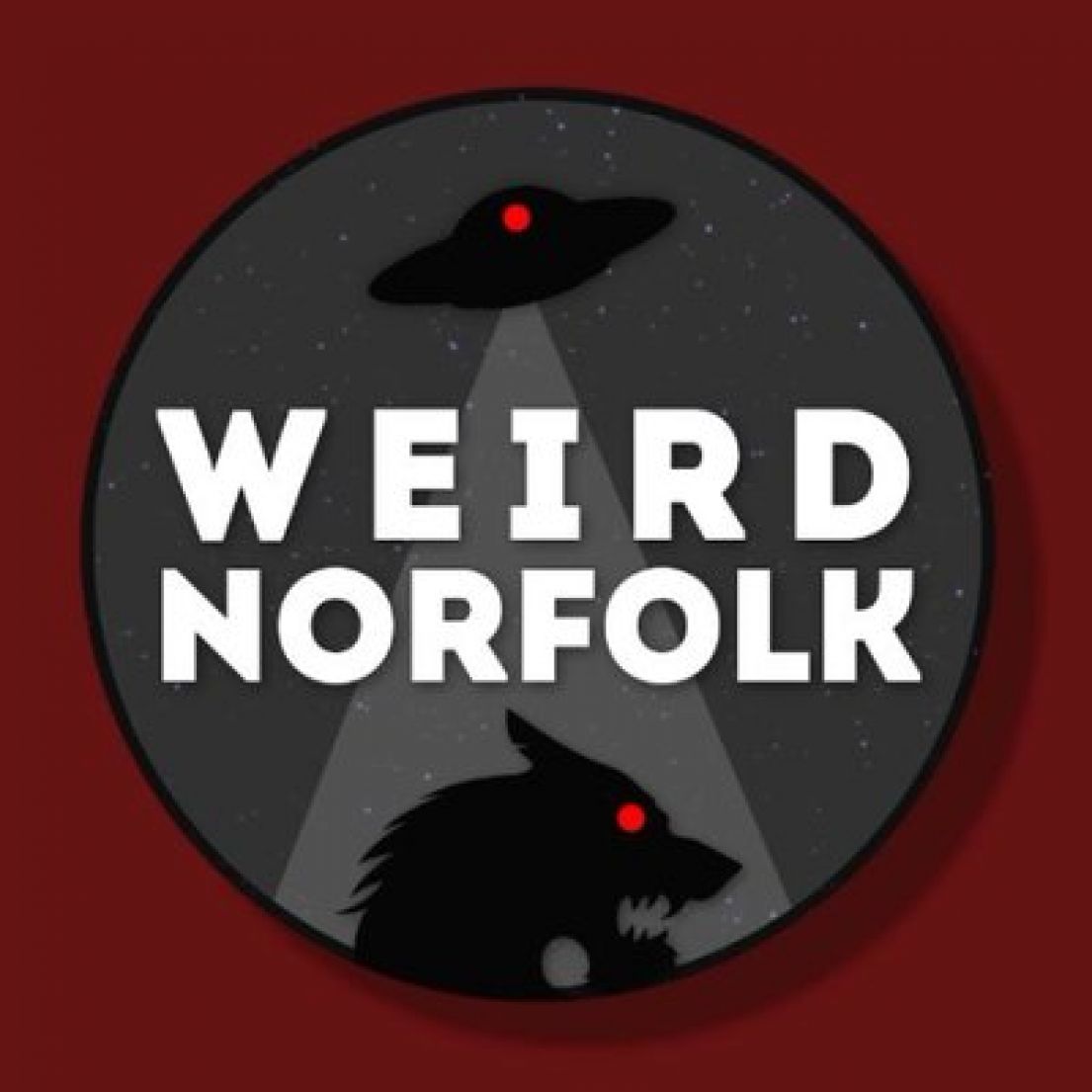 We are Stacia and Siofra and together, we are Weird Norfolk, an intrepid duo self-charged with discovering the county’s magical mysteries, fabulous folklore, ghastly ghosts, crazy cryptids and everything strange in between the lines. We both work for the Eastern Daily Press and Weird Norfolk was born when Siofra shared stories from the vaults beneath the newspaper’s offices with Stacia and we realised we could bring these curious tales to a wider audience. Having bonded over a mutual love of hell hounds, witch bottles, standing stones, sea serpents, bogeymen and bogeywomen, fairies… (you get the idea) we took our weekly features in the newspaper and online to a new level when we started the Weird Norfolk podcast more than two years ago.

Hundreds of stories and almost 70 episodes later, in addition to Weird Norfolk, we now have a new podcast, Lore of the Land. This is Weird Norfolk on tour and proof that things DO happen beyond the Norfolk stretch of the A11 and the A47. While our dark hearts will always belong to Norfolk, we are happy to take a holiday and venture to some spectacularly weird places in the UK to meet such wonders as The Hand of Glory and the terrifying screaming skulls. Our first mini-series is based on body parts because, well, why not?

We should also mention that our first book will shortly be published which will offer readers a Weird Norfolk story for every week of the year: essential bedtime reading (keep the light on). 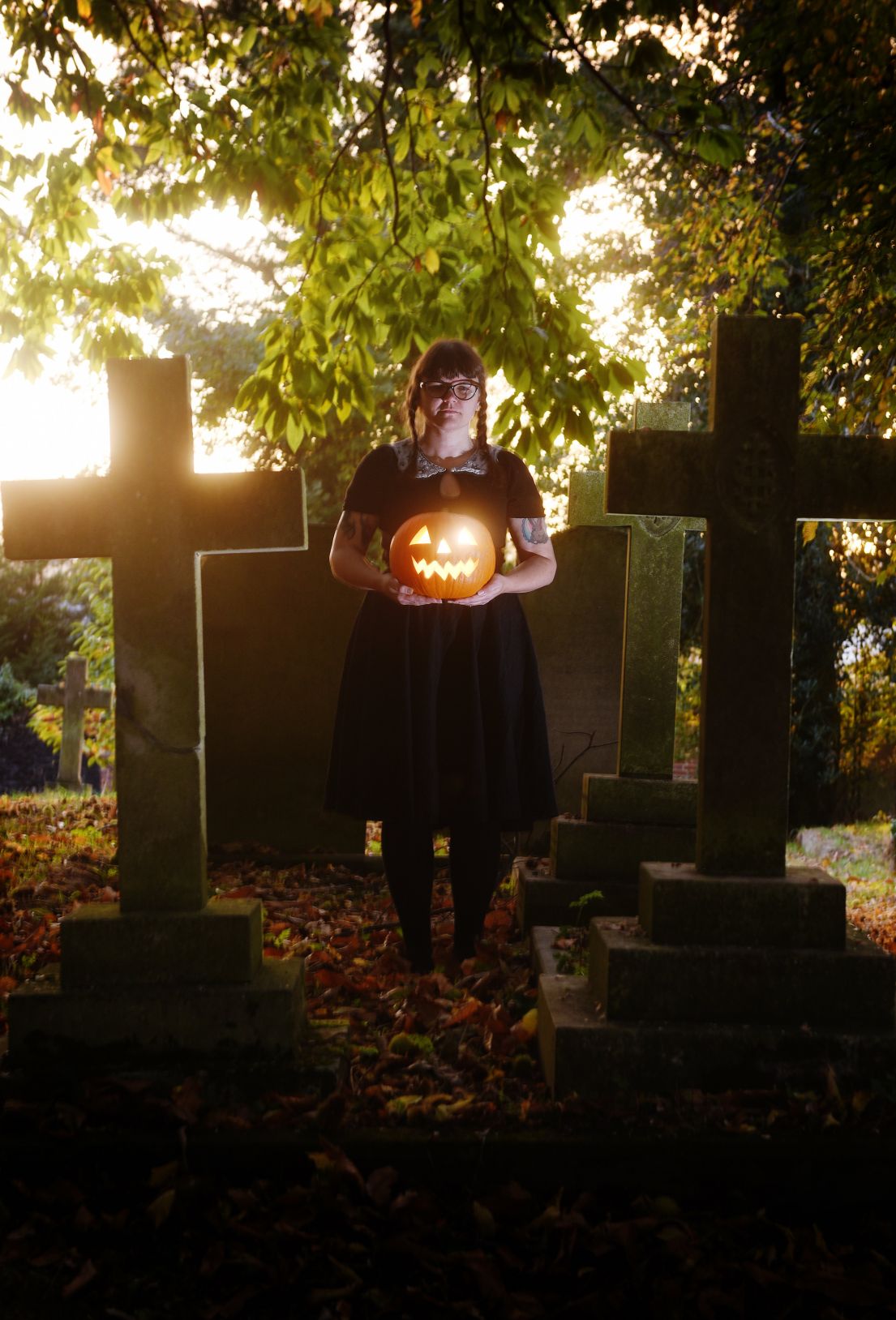