The biggest cheer at the recent Museums + Heritage Show was surely for the Queer curators panel, led by Dan Vo, Project Manager of the Queer Heritage & Collections Network. Riding high from the very rock 'n' roll launch of the fantastic new Queer Britain museum they called for curators to be bold and explore more stories of our endlessly diverse heritage. And they're here to help. Here's Dan to introduce your 'very queer, very friendly' team... 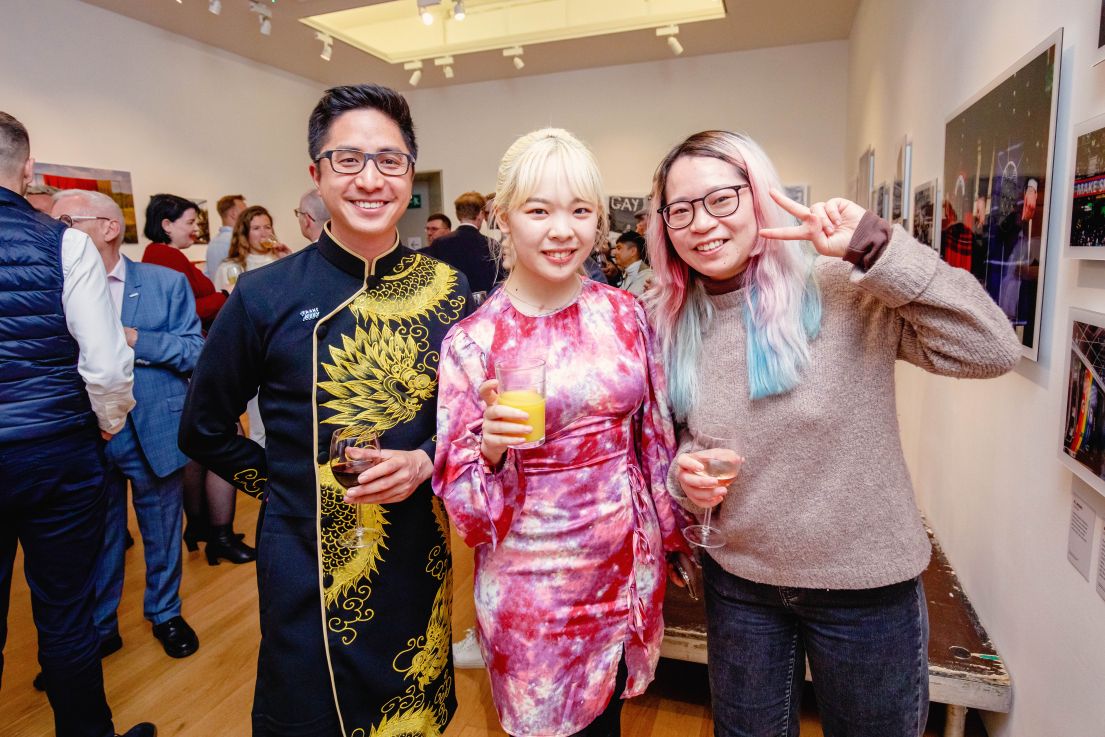 Written by… Dan Vo, Head of Learning and Engagement at Queer Britain and Project Manager of the Queer Heritage and Collections Network.

If you’ve yet not heard that Queer Britain has opened at 2 Granary Square, King’s Cross in London becoming the first LGBTQ+ museum in the UK, then what stone have you been hiding under? It’s been so well covered in queer and mainstream press that we were even featured in the Rolling Stone. I have never been, nor will I ever be, that rock ‘n’ roll ever again in my life!

The museum is the place I wish I had as a boy. It’s where people go to see themselves. It’s been thrilling to speak to visitors and the most rewarding feedback is hearing them say they feel recognised, acknowledged and celebrated. I’d love for you to get that same feeling and feedback. 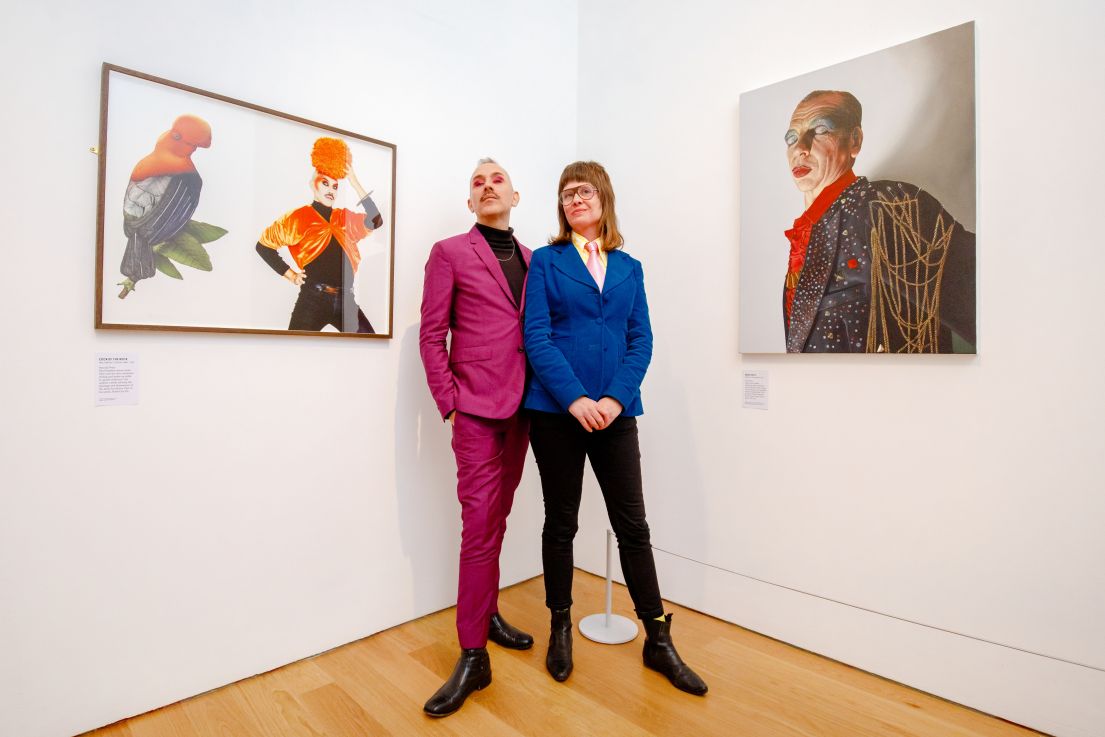 Switching hats for a moment, in addition to being on the team at Queer Britain, I am also the Project Manager of the Queer Heritage and Collections Network. There are more than 100 organisations involved across the UK, and my work there is about supporting galleries, libraries, archives and museums (GLAMs) in their activities that celebrate queer history and connect LGBTQ+ people to our rich histories. Best of all, it's free to join!

So the good news is if you are looking to research and present queer histories, stories and narratives in your collections, you now know you have two avenues to find support. Both Queer Britain and the Queer Heritage and Collections Network can serve as a hub for information, knowledge sharing as well as peer support. I want students, educators, museum professionals to turn to both organisations as useful resources. Among the teams of the museum and the network are some of the most outstanding researchers in queer history and heritage. Know that there are many others in the sector who have done this before and can help advise and support you. 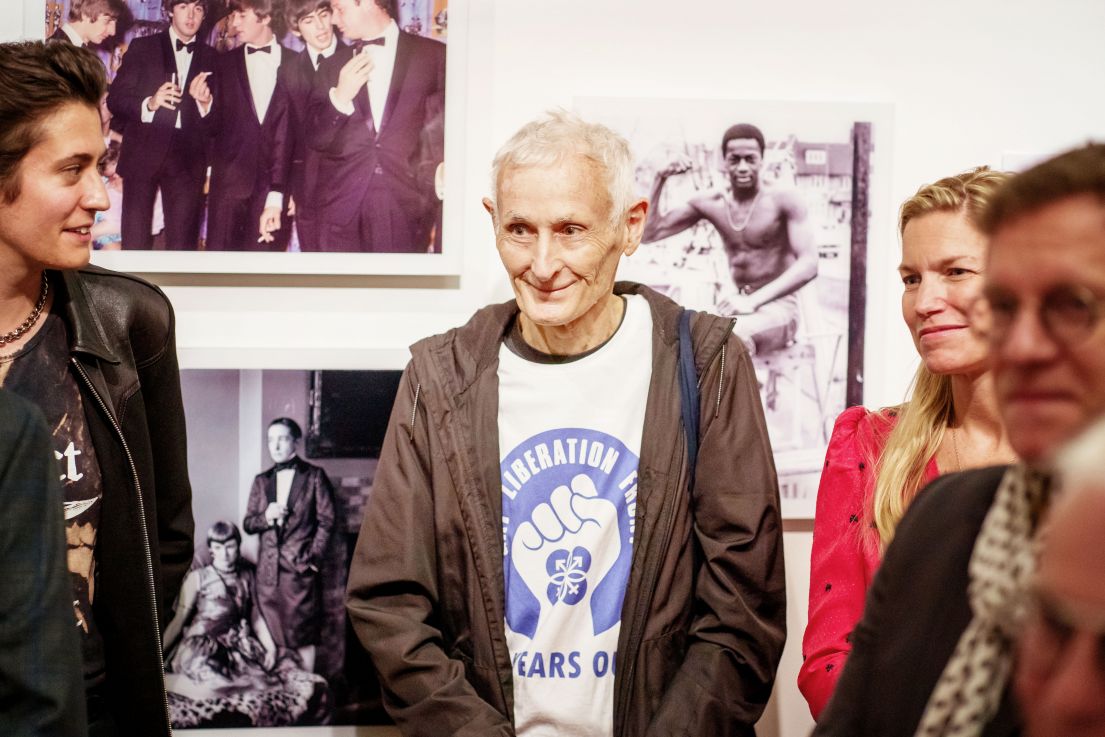 3 highlights for a special year

This year is a momentous one as we approach the 50th anniversary of the first Pride in the UK. Held on 1st July in 1972 it was a watershed moment in the British gay liberation movement and was inspired by the Stonewall riots, which were sparked by a police raid of the gaybar Stonewall Inn in downtown New York. It makes it an incredibly opportune time to think back on the social and legal gains that have been achieved as well as what remains to be done. Collections can play an important role in shaping community and culture around them and this is the perfect year to be celebrating queer lives.

To give you some inspiration, here are three highlights from the gallery of Queer Britain with photographs on display that I personally find moving: 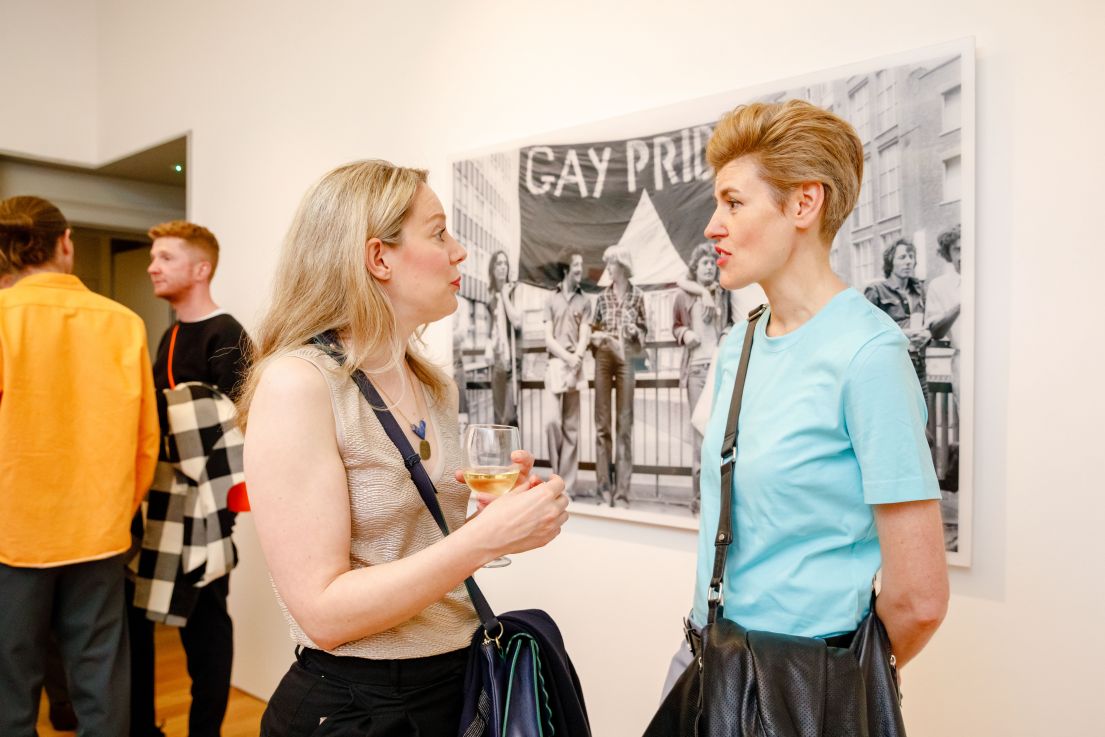 Gay Pride: The words on this banner appropriately takes pride of place above everybody who visits the museum. When groups assemble, the motto still hovers above all heads. The photo is of a group of demonstrators who marched along the King’s Road in London to protest against the conviction of Gay News for blasphemous libel in 1977. In falls within a lineage of images selected by curator Matthew Storey (Historic Royal Palaces) in the first display at Queer Britain that helps chart the story of protest and queer rights in the UK. 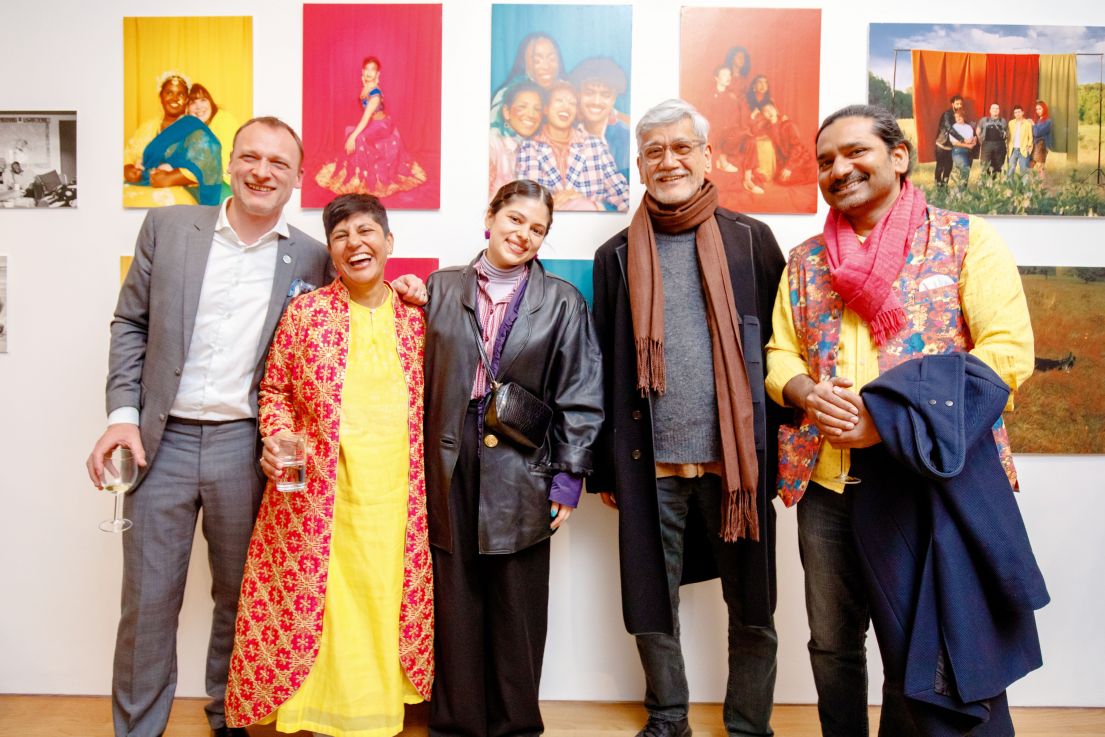 Chosen Family: When I observe visitors in the gallery, I see many excited eyes turning to the stunning photographs by Alia Romagnoli. They are colourful and infused with a fantastic dreamlike quality. They are a beautiful mediation on the community that you call to you, who accepts you for who you are, and helps you grow - your ‘Chosen Family’. It was particularly touching to be present at the museum when Alia met her inspiration for taking up photography as a practice in the first place - the activist Sunil Gupta. 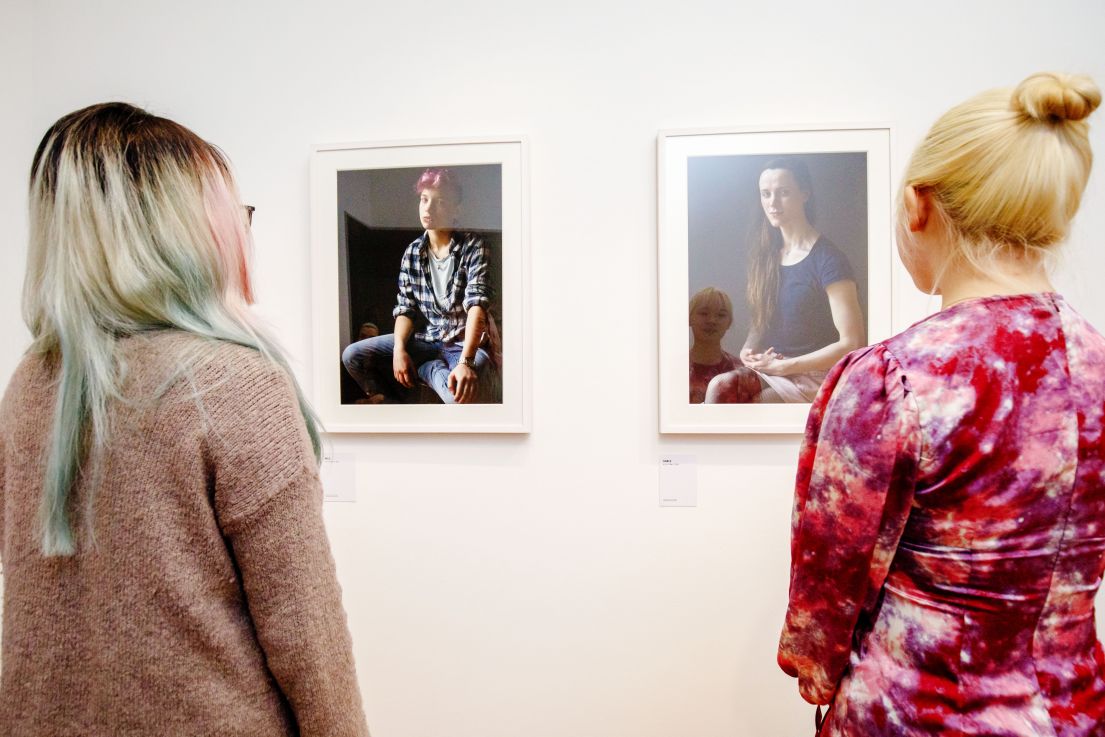 You Brought Your Own Light: The galleries open with a painting by Sadie Lee of David Hoyle that is so hyper realistic it looks like a photograph. It closes with a photograph by Allie Crewe that is so cleverly constructed it looks like an early Dutch painting. The way light ever so gently rakes the image is spectacular. The image of Grace won the BJP Portrait of Britain award 2019. It is a beautiful portrait that forms part of a glorious series that celebrates non binary and transgender people called ‘You Brought Your Own Light’ - a poignant statement. 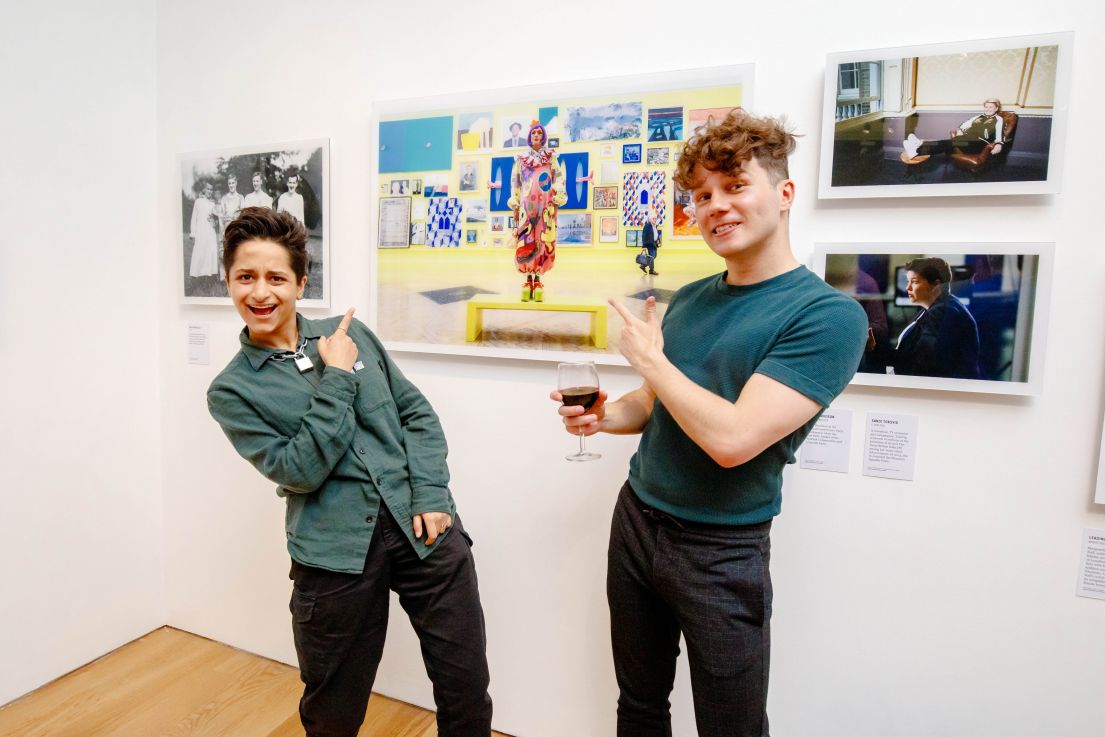 I’m often asked by collections how can they find objects or stories in their collections which can address issues of pride, queer identity, gender and sexuality in their collections. It often expands into a wider conversation about how do we interpret queer lives? How do we engage audiences creatively? How do we co-curate with queer communities? But I also like people to think about the legacy they will leave behind when the exhibition comes and goes. What lasting change can be made? If you would like support in grappling these questions get in touch with the Network. We’re always happy to listen, advise and help as best we can. We’re a very queer, and very friendly bunch.

Dan Vo is a freelance museum consultant and media producer. He is Head of Learning and Engagement at Queer Britain and Interim Program Director of Gap Year London programme at Sotheby's Institute of Art. He is also Project Manager of the Queer Heritage and Collections Network, which supports galleries, libraries, archives and museums (GLAMs) in their research in queer history and heritage.