Heritage Plants - on the origin of species

A popular crossword clue is to name the spice more expensive than gold*  but did you know that a favourite crumble pudding ingredient was also once more precious than gems? Grab a cuppa and take a seat as  garden writer, Gary Webb, introduces us to the wonderful world of heritage produce - the stories behind our 'five-a day' are more full of love and adventure than you might imagine! 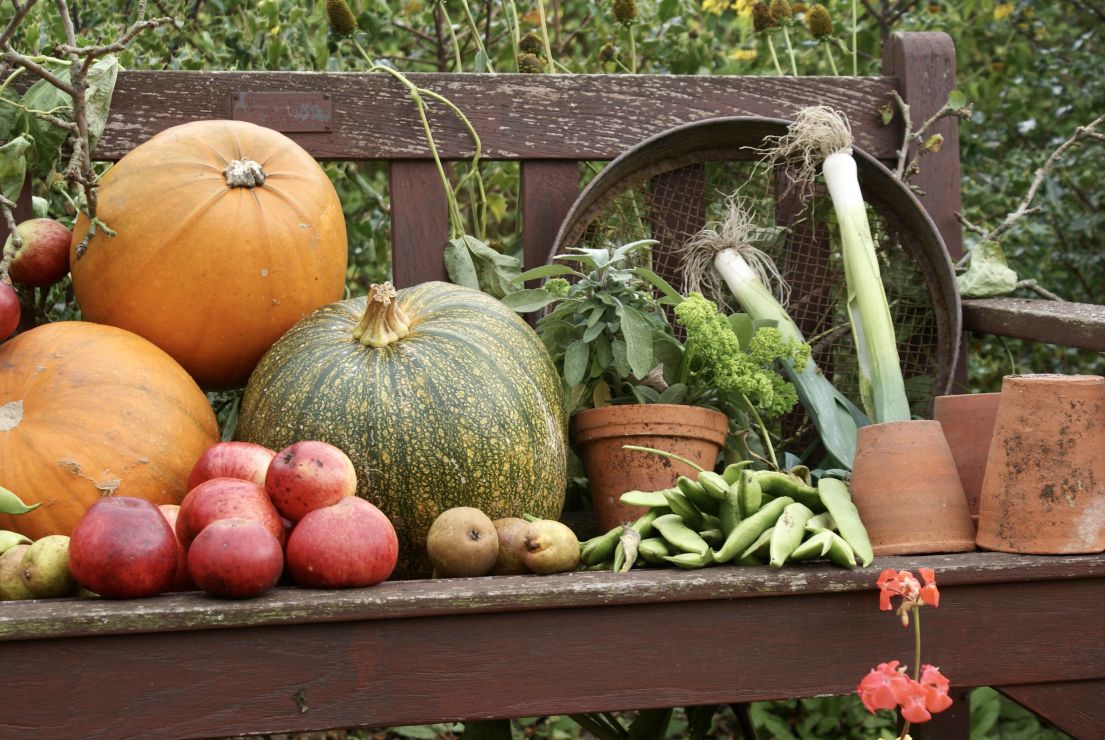 Not just one of your five-a-day! © Gary Webb

What do we mean by 'heritage plants'?

Well, as often the way, the answer is that it depends on your point of view. For me, I have to say that it is something that arcs back to days gone by, to a variety of plant that has proven history; be it a native herb known through centuries to have healing properties, or an exotic tree introduced by a daring Victorian plant hunter.

Are they better than regular fruit and veg?

I think I’ve often fallen into the trap of believing new is better, and that the latest variety has to be better than those previously available. In recent years though I have increasingly begun to look back, to question the past, and not just at the design of historic gardens but the ‘heritage’ plant varieties grown in them too.

Heritage plants to me are an example of living history. In a way it is akin to looking at a family tree, where although names and faces may change, tracing the family line can prove both a fascinating and grounding experience. To kneel before an old variety of plant, to sow its seed, to nurture and grow its fruit and to understand even a little of its past is to be a part of that plant’s history itself. In some cases, it doesn’t necessarily matter that a plant doesn’t have the best tasting fruit, or even that it’s not the most attractive specimen; a plant can often earn its space purely on its family credentials!

On the basis that heritage plants have stories, and are not just to be admired visually or devoured as another of our ‘five-a-day’ items, I’d like to introduce you to a random selection of those I’ve literally tripped over lately. Here are four plants that I hope will tempt you to enquire, and to explore further into the wonderful world of plant history. 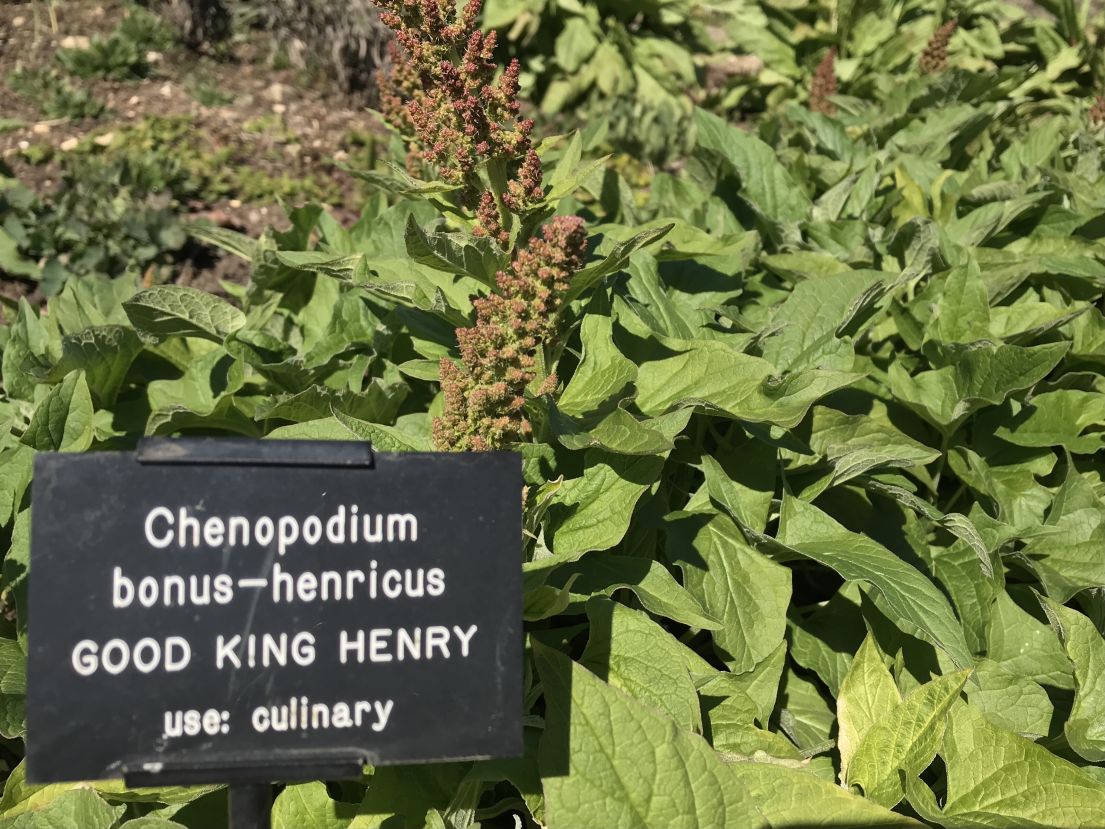 Good King Henry, or Chenopodium bonus-henricus, which sounds like a made-up name, is a very real plant known also as poor-man's asparagus, fat-hen-plant and Lincolnshire spinach, amongst other names. It is essentially a pot herb that requires cooking due to its bitter raw taste, and as such its leaves and sometimes flowers are harvested when they are young and fresh, to be cooked in the pot. Associated mostly with Tudor gardens, this plant was in cultivation much earlier, and was likely to have been introduced from southern Europe by the Romans. Good King Henry has since established itself across the globe, no doubt due to its reliability and nourishment if not for its taste, and must surely be credited as an important mainstay of any kitchen garden worth its salt.

‘Annie Elizabeth’ is a cooking apple that owns a history that touched me the moment I read it in Joan Morgan and Alison Richards’ ‘The Book of Apples’. It was said to have been raised by a magistrate’s clerk from Leicester c.1857, from a Blenheim Orange seedling. It was named, movingly, after his baby daughter who died in 1866. The variety was subsequently brought to market by Harrison’s in 1868, and incredibly the original tree was still known to be growing in the 1970s. This tree is one of many heritage varieties, some specific to a particular part of our country, that each hold stories linked to chance finds, careful rearing, and in some cases to mass production and the world’s market. After learning about the likes of Annie Elizabeth, Laxton’s Superb and many more, it is now with a much greater degree of respect that I look upon each gnarly, un-named fruit tree in any given orchard. 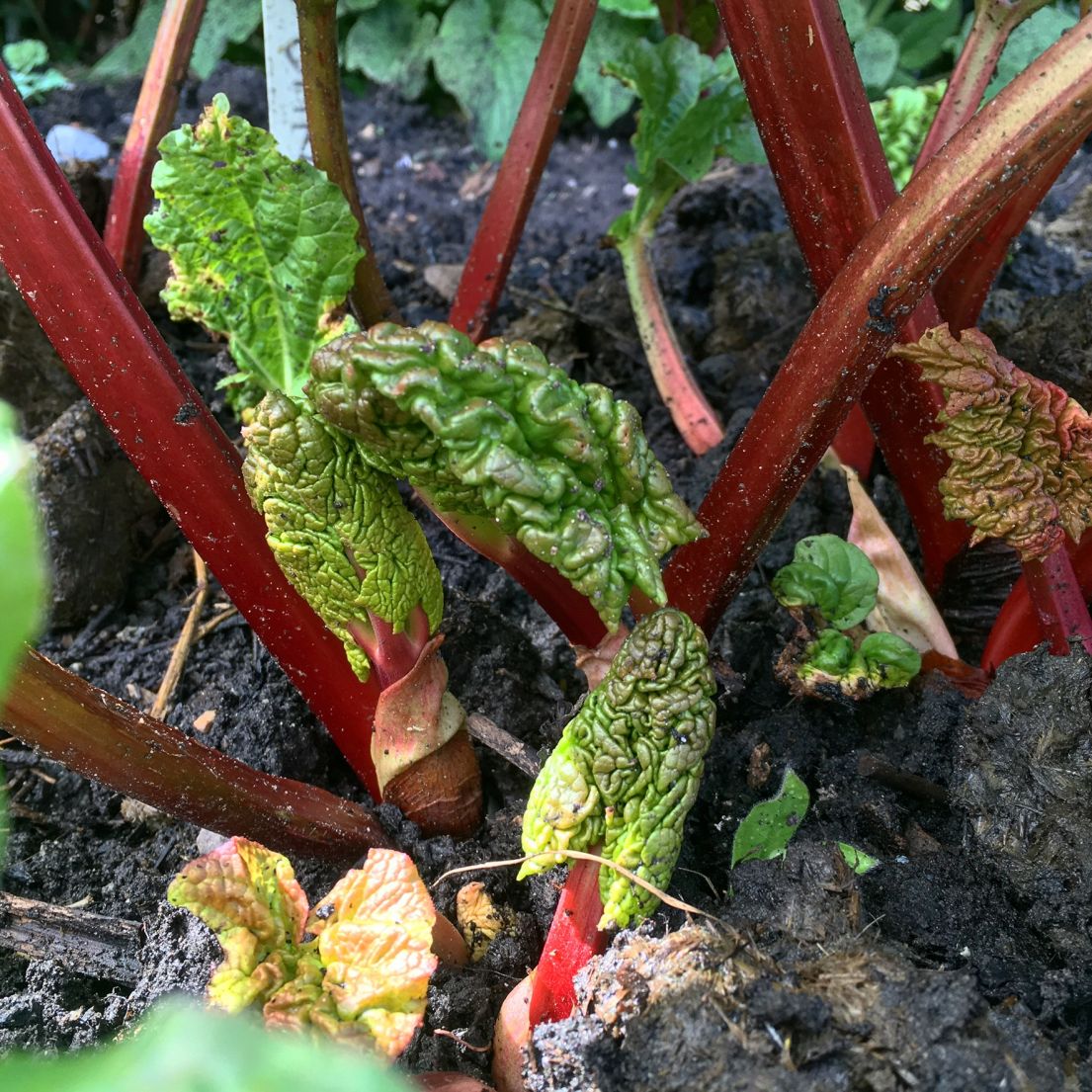 It's not just tomatoes that are involved in the i's it a fruit or a vegetable' debate! / © Gary Webb

Rhubarb - worthy of a film

Whilst there’s some disagreement as to whether Rhubarb falls into the fruit or vegetable category, this giant amongst kitchen garden plants is as firmly rooted in history as it is in well-manured ground. This familiar looking plant is another example of one with modern well-known culinary uses, and in traditional Chinese medicine; its use having been recorded in ‘The Divine Farmer's Herb-Root Classic’ as far as 1,800 years ago. Indeed, rhubarb was considered more valuable at one point than rare spices and precious stones, and good supplies were said to have been sought out and introduced to Europe by the Venetian merchant Marco Polo in the 13th century. After its introduction to British shores, its palatability, as with many foods, improving as sugar became more readily available, it became a firm favourite in the 19th century and continues so today, with nostalgic names such as ‘Timperley Early’ and ‘Victoria’, the latter named to honour Queen Victoria’s accession to the throne. Yet again it seems, what’s often masquerading as a common or garden allotment plant actually has an incredible back-story worthy of any Hollywood film. 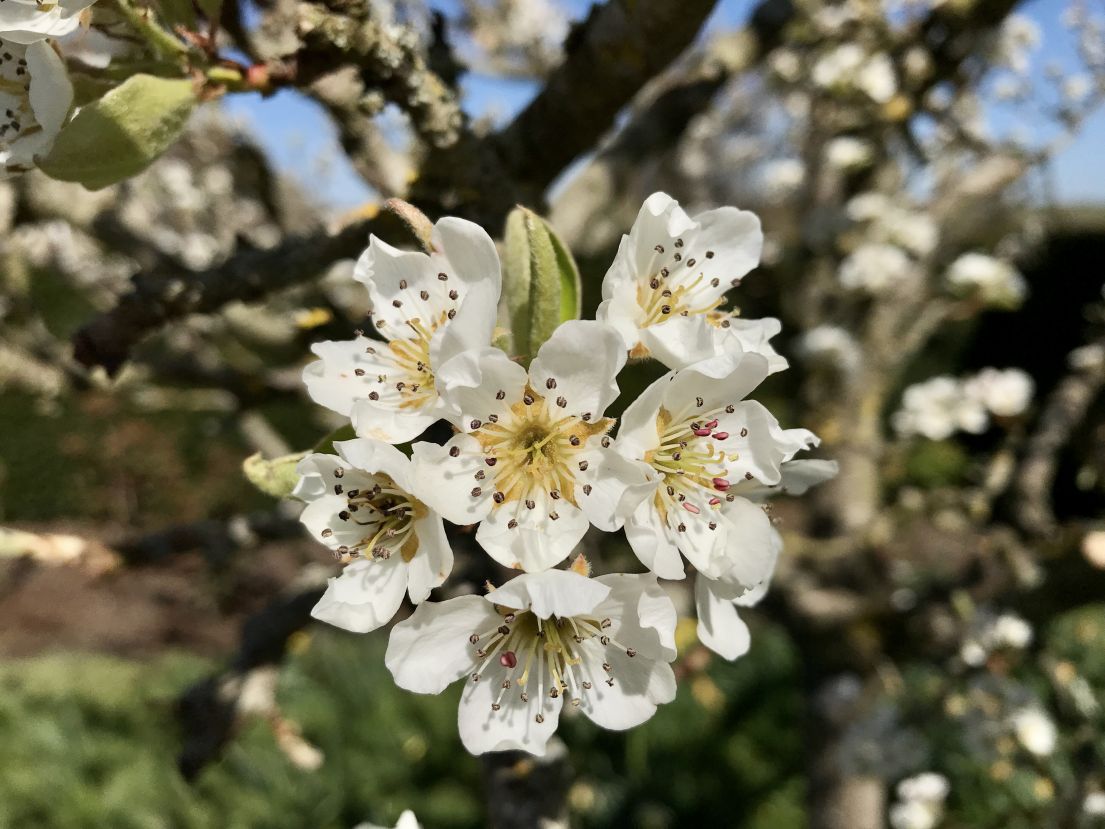 This variety of Pyrus communis known commonly as William’s pear, was originally reared in the second half of the 18th century and is the most widely grown pear variety for many reasons – not least for its early flowering and fruiting making it a wonderful plant both for early insect pollinators and then for early eating straight from the tree. It is grown and known extensively in the USA as Bartlett. Whilst the name itself is fascinating, "Bon Chrétien" meaning Good Christian, the William’s fruit tree itself has an intriguing tale of development that turned a humble tree into a sweet tasting money making marvel! One trusted supplier called Ashridge Nurseries states that 'Williams' Bon Chrétien' is believed to have been bred in Berkshire by a Mr Wheeler, one of its parents being 'Louise Bonne of Jersey'. Later the property was bought by a Mr Stair who propagated with the help of a nurseryman named Williams, who named it after himself in 1814. Whilst this pretty, flowered tree with its golden fruit can be taken purely on its presence and edible qualities, and why shouldn’t it – just a little delving throws up fascinating threads of its origins and a story of cultivation and profitability.

I shall stop my list there, as whilst it is but short, I’d like to think that when you next stand before the colourful seed packet display at a garden centre, you might be interested to discover whether it’s a ‘tried and tested’ old variety, or a modern F1 hybrid introduction that, despite its credentials, won’t necessarily deliver a fresh crop of useable seed when its season ends. I’d also like to think that should you find yourself visiting one of the many kitchen gardens across our land, that you’ll maybe pause before a neat row of vegetables or some espaliered apples and wonder at their origin, about who discovered their qualities, and who exploited their value and brought them to market.

For more of Gary's gardening gems follow him online

This year's festival theme is Edible England, so keep an eye out for more mouthwatering events and stories coming your way. So far we can tempt you with:

*That expensive spice is saffron

I’m a horticulturist, garden writer and blogger living in Warwickshire, working professionally as Head Gardener at Sulgrave Manor and Garden in Northants. I can be found on Instagram as @Gary_Webb1