From stewardesses who survived the Titanic, to the engineer who helped her ship out run an enemy plane. The remarkable lives of pioneering working women who went to sea during the first half of the 20th Century have been largely unrecorded until recently. The latest book by Siân Evans, Maiden Voyages, tells their stories - tales of adventure, steadfast courage, camaraderie and conflict.  For International Women’s Day she’s giving us a taste of some of them – so grab a cuppa and let the armchair travels begin… 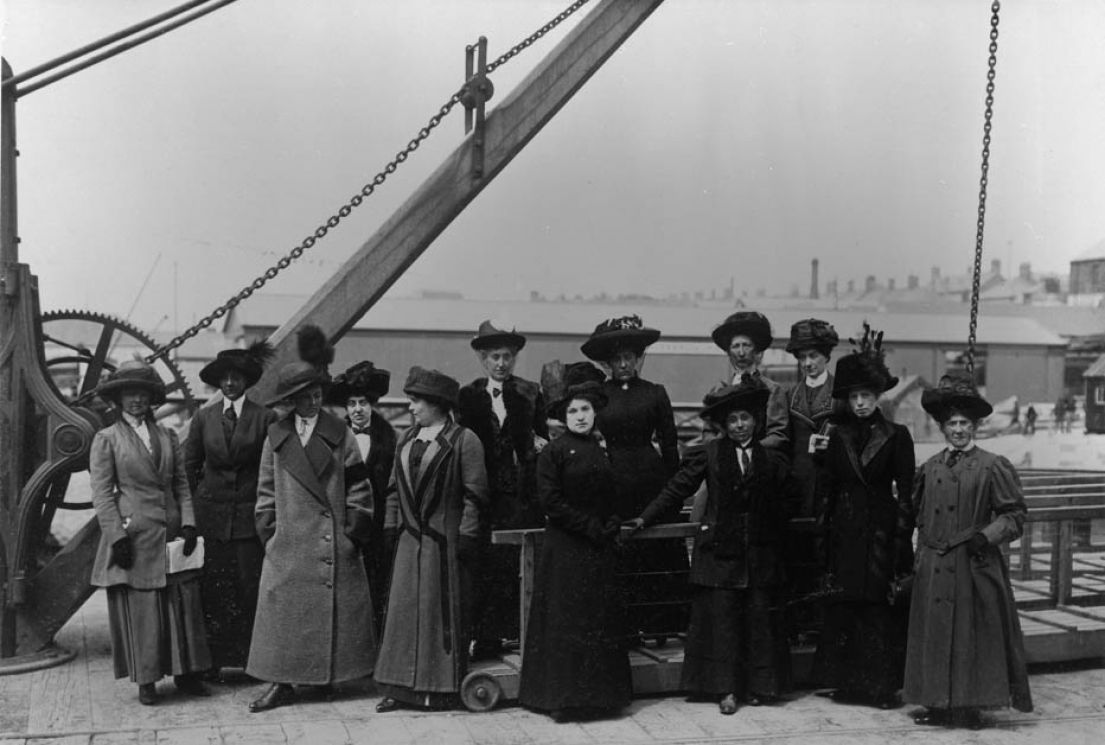 Female crew members who survived the sinking of the Titanic, pictured on the quayside in Plymouth in 1912 © Plymouth Herald

Thousands of intrepid stewardesses, nurses and nannies chose careers on board the enormous ocean liners then sailing across the North Atlantic. In an era before it was possible to fly between continents, a six or seven day voyage aboard one of these vast ships was the only feasible way to travel the world’s oceans.  Shipping companies like Cunard and White Star Line needed able and competent female employees to assist their women passengers of all kinds, from the celebrities, film stars and millionairesses in first class, to the performers, writers and businesswomen in second class, right down to the migrants and refugees below decks in steerage, who were seeking new lives in the New World. 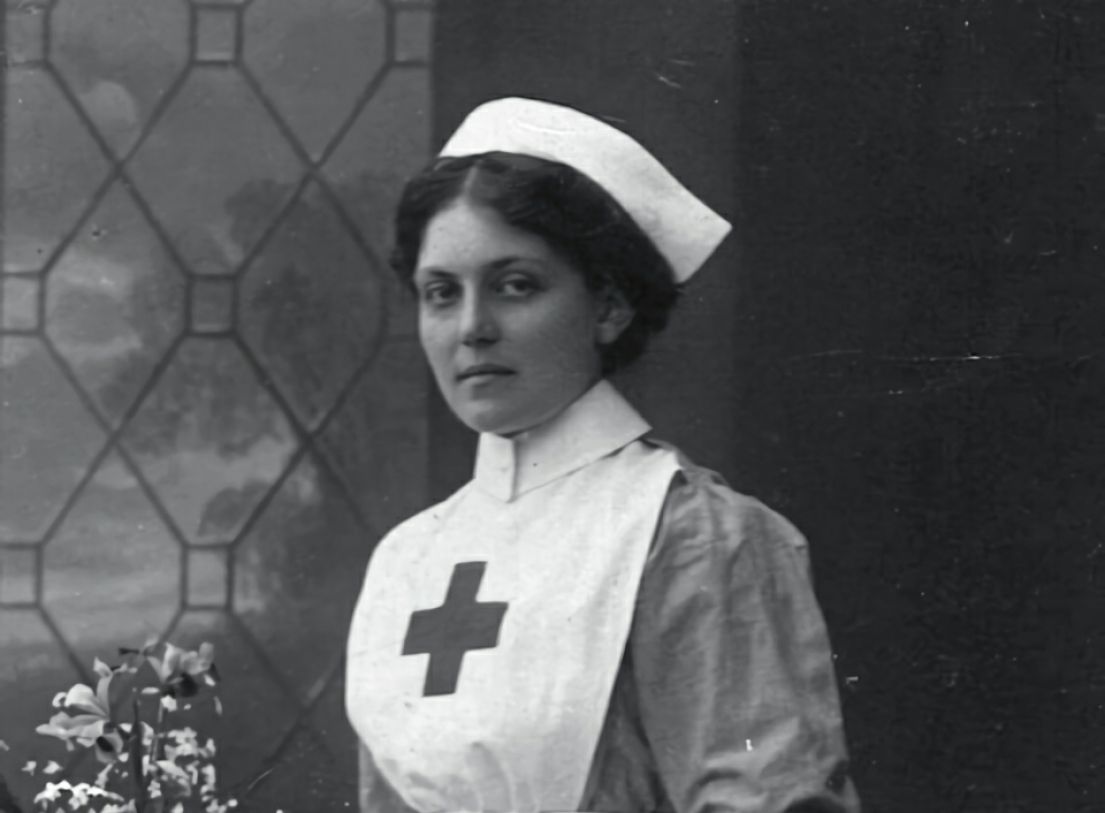 Maud Slocombe was employed as a Turkish bath attendant on board the Titanic as it embarked on its inaugural trip to New York in 1912. When the ship hit an iceberg, Maud and her friend Violet Jessop, one of the Titanic’s stewardesses, were lucky to survive. They spent the night in total darkness in a lifeboat on the icy sea, listening in horror to the diminishing cries of those who gradually perished around them. Despite the considerable trauma, both women returned to jobs on other White Star Line ships within 3 weeks of the disaster, because they had little choice, they needed the money. Violet’s wages and tips supported a houseful of younger brothers and sisters, while Maud had an illegitimate son who was being brought up in London by his grandparents. Violet later earned the soubriquet of ‘the Unsinkable Stewardess’; despite surviving three major maritime disasters, her career afloat spanned an impressive 43 years. 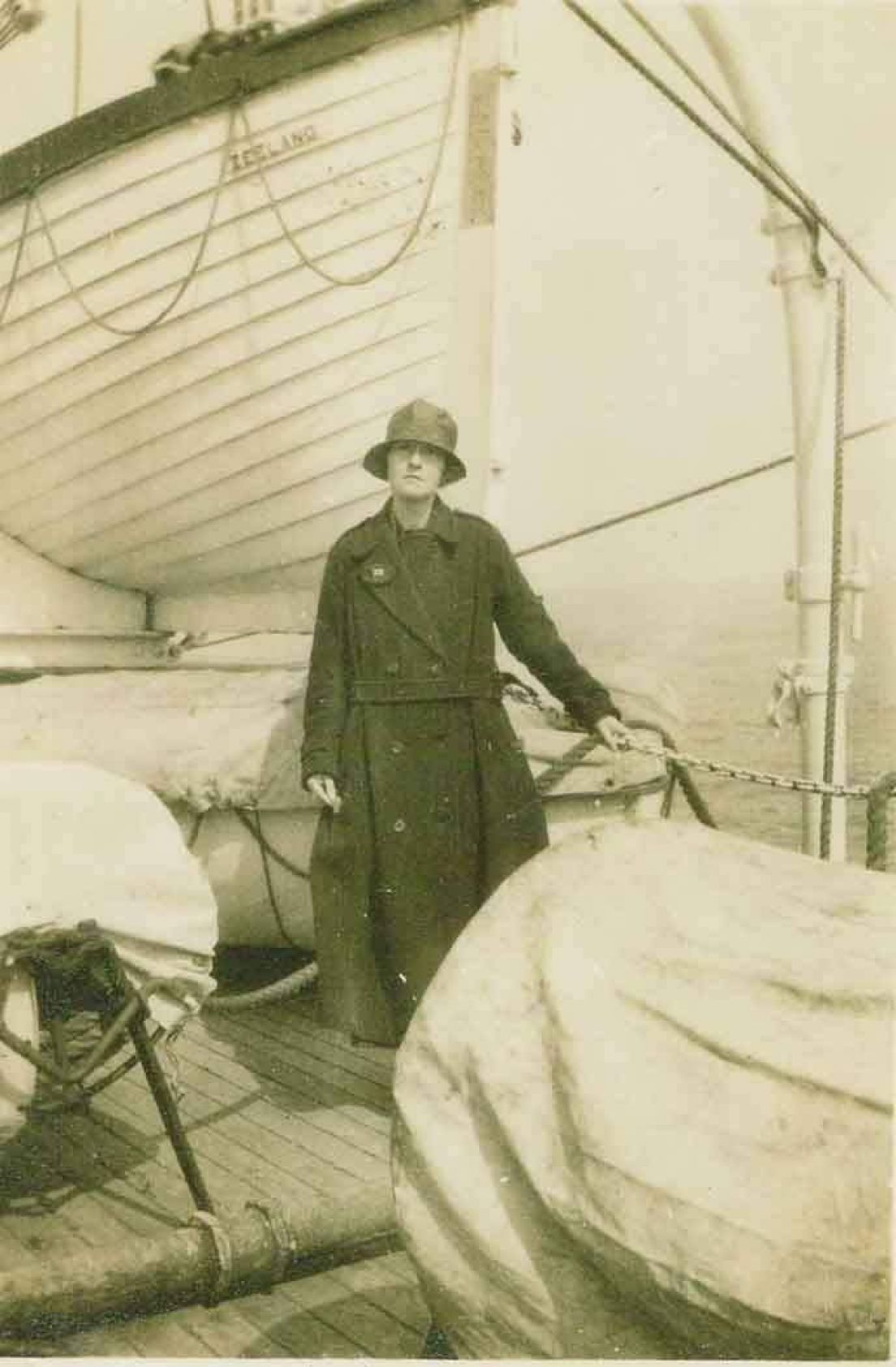 Edith Sowerbutts in the uniform she improvised for the new role of conductress (aboard The Zeeland,1925) / © IWM Documents.107

The defender of virtue

Edith Sowerbutts, a much-travelled and feisty free spirit, sailed the Atlantic in the 1920s. She was employed as a conductress, an onboard chaperone for the tens of thousands of unaccompanied European women and children emigrating to America and Canada. Naïve and unaccompanied migrants were sometimes preyed upon by sex traffickers on disembarkation; Edith made sure her charges were safely delivered to the care of respectable employers and responsible sponsors. She was made redundant during the Great Depression, but in 1936 her fortunes changed and she became a first class stewardess on the luxurious Queen Mary. Edith and her sister Dorothy made a decent living from their demanding but well-paid jobs as stewardesses, at a time when interesting and lucrative employment opportunities for women were scarce. However, it was the excitement of ocean travel, the independence the job provided and the camaraderie to be found amongst the crew that was her real motivation. 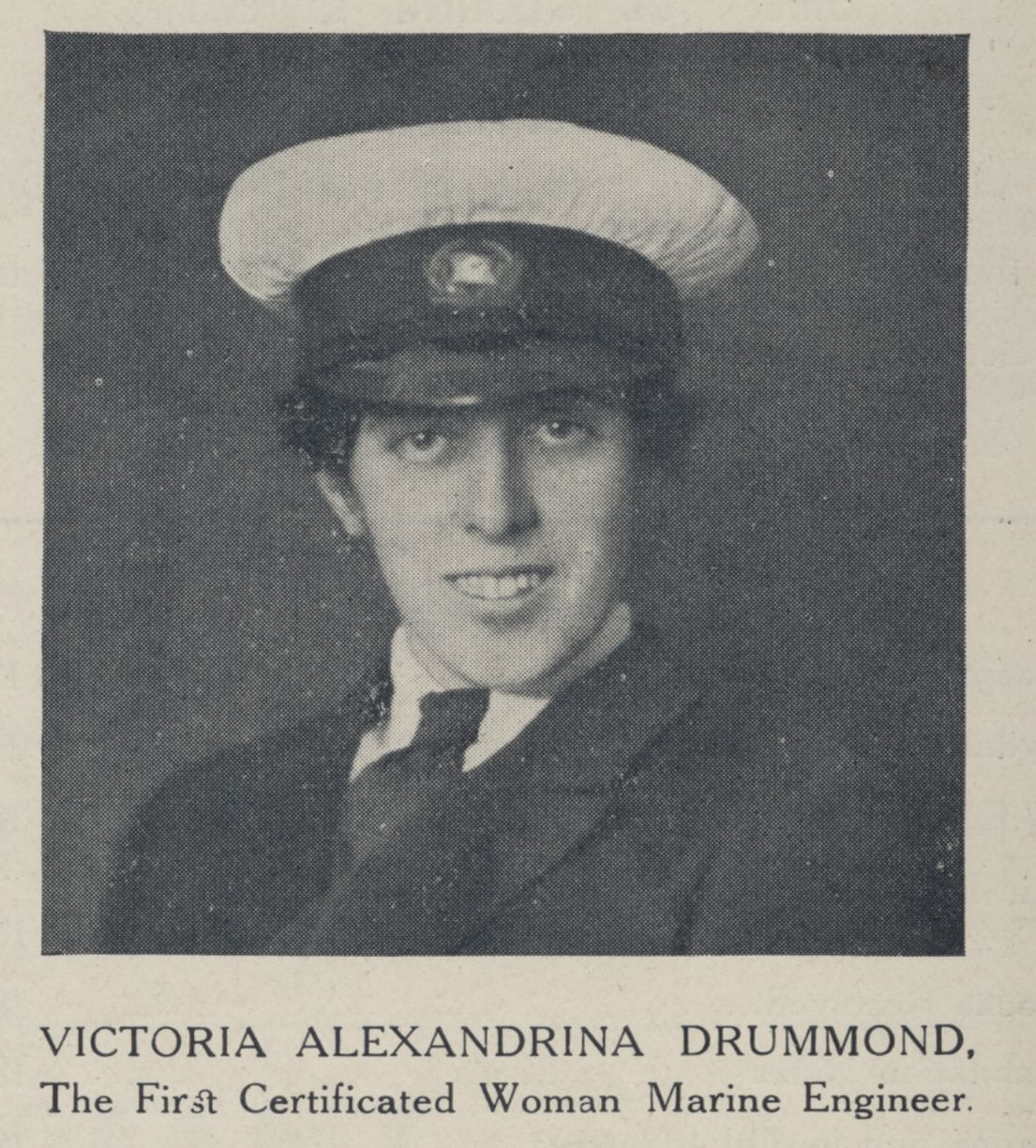 Edith’s own heroine was a fellow female seafarer, Victoria Drummond, who withstood fierce prejudice to take on a career previously only open to men. Edith wrote in her memoirs of Victoria “Her record is fantastic – forty years at sea. Yet the young engineers who served in my ships opined that she was crackers – had she joined us, she would have been in for a rough time.”  Victoria Drummond qualified in the 1920s as the world’s first woman marine engineer, and for decades she worked on ships with all-male officers and crew. She came from a more privileged background than most; her godmother was Queen Victoria, and her family whole-heartedly supported her unorthodox choice of career.

Many seafaring women displayed extraordinary heroism during World War II, but Victoria was truly exceptional.  She assisted in the desperate evacuation of British troops from Dunkirk in 1940. But it was while she was working as the second engineer on the cargo ship Bonita, that she proved her true mettle. Four hundred miles from land, the ship was strafed by a German bomber in the mid-Atlantic. Time after time, alone in the engine room, Victoria coaxed a surge of extra power out of the ancient engines as the bomber approached, so that the captain could take last-minute evasive action. The pilot ran out of fuel, and the Bonita and her crew were saved. Victoria’s bravery won her the MBE, and the admiration of her fellow merchant mariners.