These once nearly forgotten churches may be small and humble but their stories are anything but! From extraordinary women to secret princes, brave sailors and legendary kings, their past companions are definitely worth noting. Clare Kirk from Friends of Friendless Churches is here to tell us more... 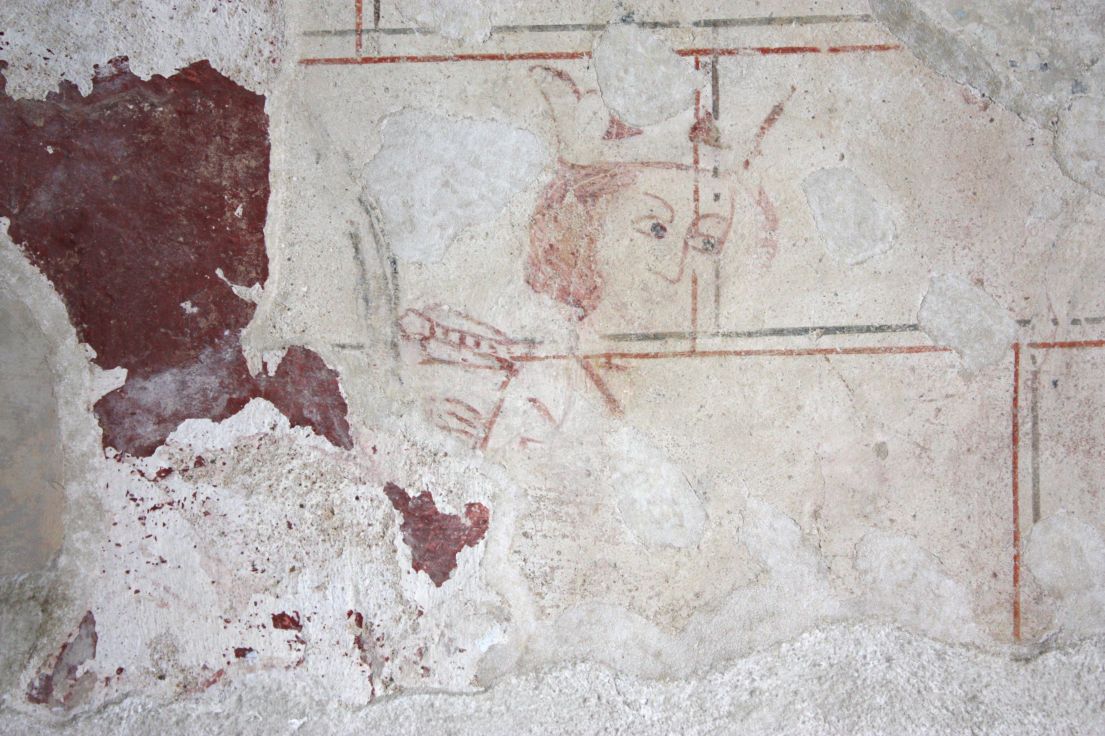 Tantalising traces of a legendary king were found at this church - could he be buried here? © FoFC

What’s in a name?

A lot of people comment on our curious name — the Friends of Friendless Churches. What exactly is a friendless church and how do you become a friend of one?! We were founded in 1957 by a group of friends who wanted to save redundant (unused) places of worship from being demolished or simply falling into ruin. Since then we’ve taken on 30 of these ‘friendless’ churches across England (and the same number in Wales). Many of these buildings are centuries old, some even with prehistoric origins. We repair, protect and cherish them, keeping them open for everyone to enjoy — now and for generations to come.

Historic churches are treasure troves of art, but they’re also filled with fascinating stories. As the digital content creator for the Friends of Friendless Churches, I find that there’s always something new (or old!) to discover within their walls, and endless tales to tell. 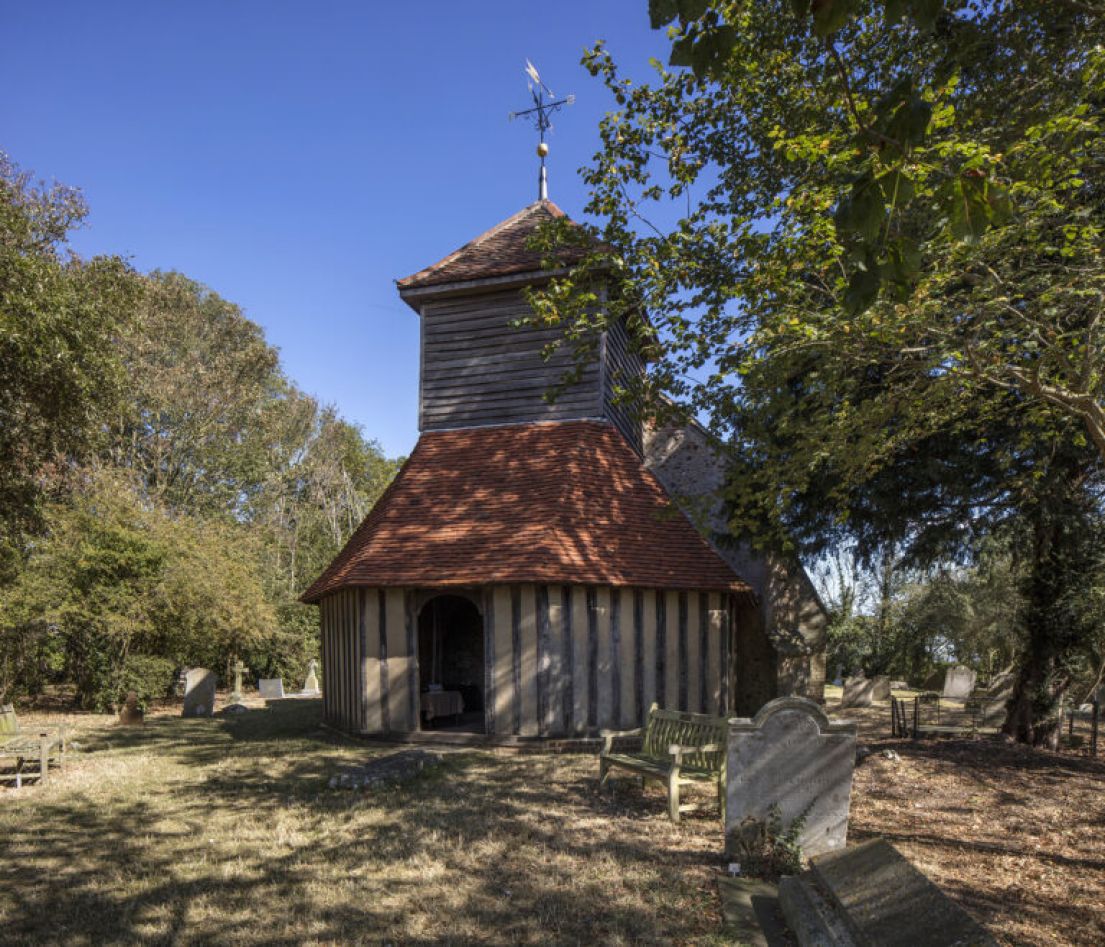 St Mary's, Mundon: A legend was nearly lost at the 'church with a skirt' / © FoFC

Edmund was an Anglo-Saxon Christian king who ruled East Anglia in the 9th century. He was killed in battle by Danish invaders. Legend has it Edmund was captured alive; whipped and lashed while tied to a tree, then shot with arrows and decapitated. His head was cast away in the forest. A grey wolf guarded it. Some of Edmund's supporters found the head of the king, which miraculously reunited with his body, and was then buried in a small chapel... Could St Mary's be the site of the chapel?!

Repairs here in 2009 revealed fragments of this story painted as a mural in the 1300s on a wall of the nave. The crowned king is outlined in red; his hair painted red; his eyes black. Danes shoot arrows at him - behind him there are vestiges of a bow, hand and arrow and facing him are the remains of two hooded figures in profile, the nearest is shooting yet another arrow.

In poor repair, fifty years ago this church was due to be demolished — if it didn't collapse first. If it had, we would never have known that this scene played out on the walls hinting at the location of a lost legend. 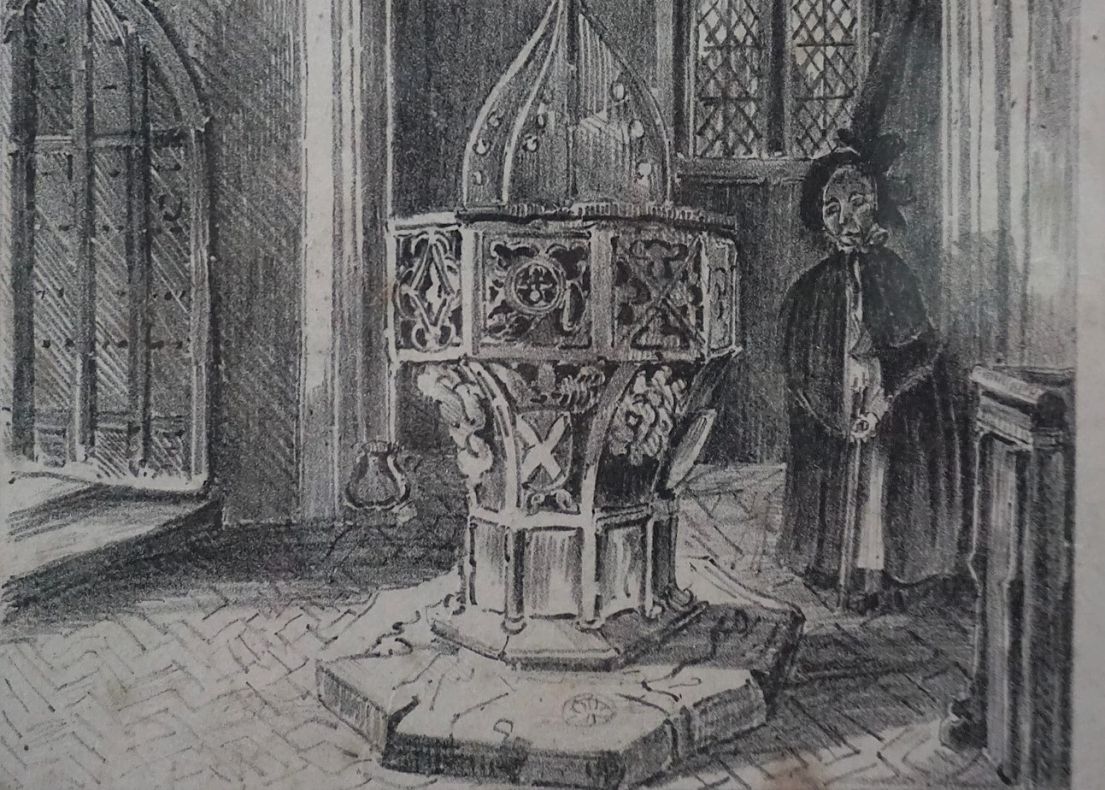 In the early 1800s, Caldecote had something quite extraordinary: a female parish clerk! Mary Flint was such a novelty nationally that she was featured in the May 1841 edition of the Church of England Magazine.

Mary's husband John was the Parish Clerk for many years, and the Flint family (with 19 children!) lived rent-free in the parsonage. But when John became ill, Mary proposed that she take over his responsibilities. It's hard to imagine now, but at that time, under both canon and civil law, women were not allowed to hold this office. However, the vicar obliged, and Mary became the first and only woman parish clerk in England.

For 18 years, every Sunday, Mary could be seen at the clerk's desk in the church, wearing an old-fashioned cap and hood, always cheerful, steady, and persevering in her duties. In the 1830s, a new vicar arrived at Caldecote and was amazed to meet Mary Flint. By that time Mary was elderly and her granddaughter helped her with her duties. The new vicar sketched Mary Flint in her cap and hood standing next to the church's 15th century font. We're incredibly proud of this trailblazing Georgian woman! 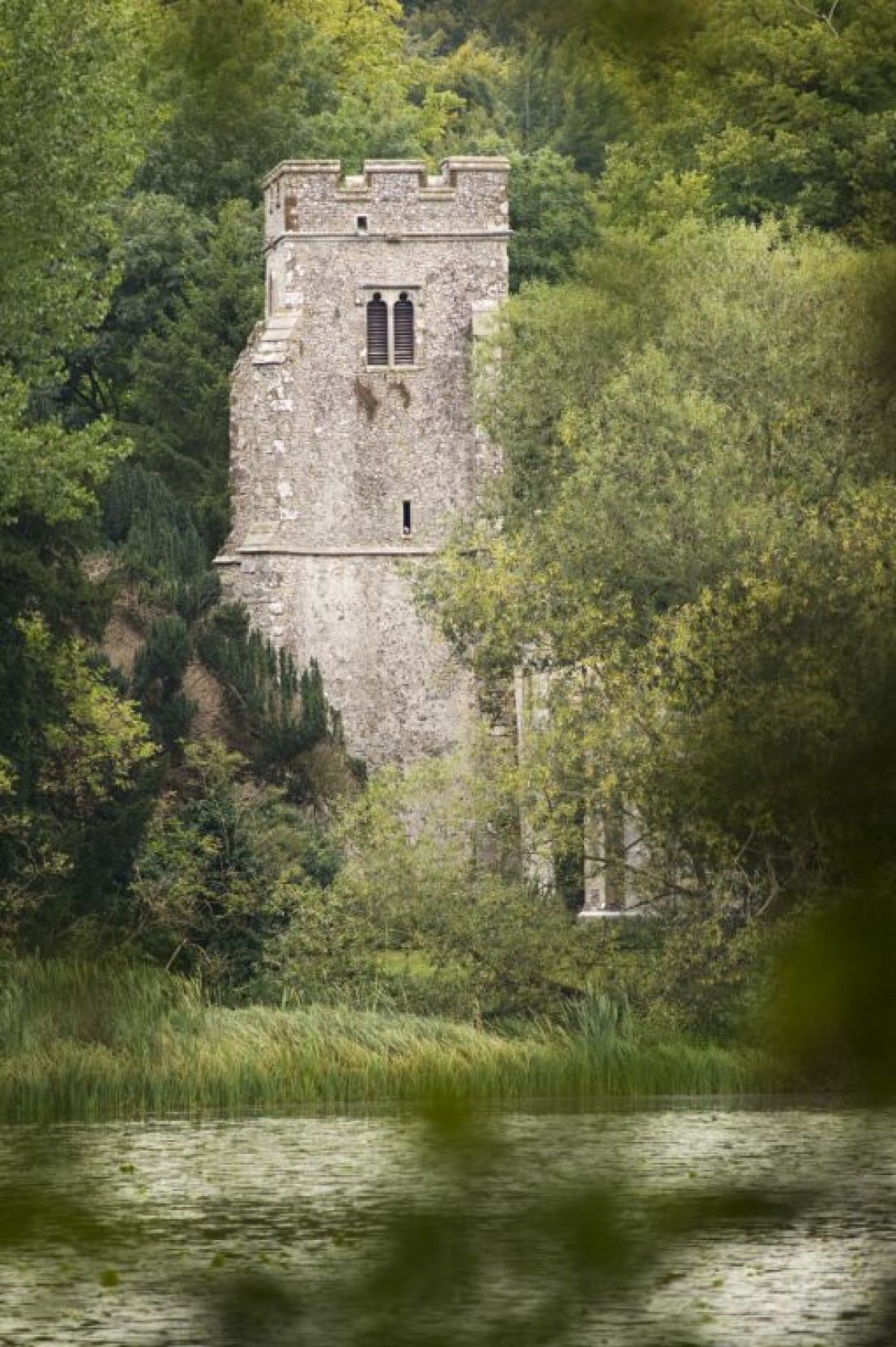 Eastwell church in Kent was once a place of great importance. Royals were regulars. Queen Victoria enjoyed being pulled across the frozen lake there in her sledge-chair. And in the churchyard are the remains of Richard III’s illegitimate son, Richard Plantagenet.

It’s believed that Richard III fathered three children out of wedlock, and it’s widely accepted that this Richard was one of them. For many years, he worked as a bricklayer at Eastwell Park for Sir Thomas Moyle. In his late seventies, he was seen reading a book in Latin (a language reserved for the highly born). It was only then that Richard revealed his secret…

He told Sir Thomas that he had been brought up by a schoolmaster, assisted by a gentleman who paid for his schooling and was interested in his well-being. Then, at age 16, in 1485, he had been taken to Bosworth Field, where he met his father — the king — on the eve of battle. Here, he was told “I will provide for you as befits your blood.” The king told him that if he won, he would acknowledge Richard as his son. But if he lost, the boy must conceal his identity forever.

The next day, Richard’s father was killed. So Richard retreated to London and found an apprenticeship with a bricklayer. He kept his father’s confidence for more than sixty years.

Richard died in 1550, aged 83 and was buried in the churchyard at Eastwell. The church registers record his death: ‘Rychard Plantagenet was buryed on the 22. daye of December 1550’. Near the ruined church a modern stone marks where he is thought to lie.' 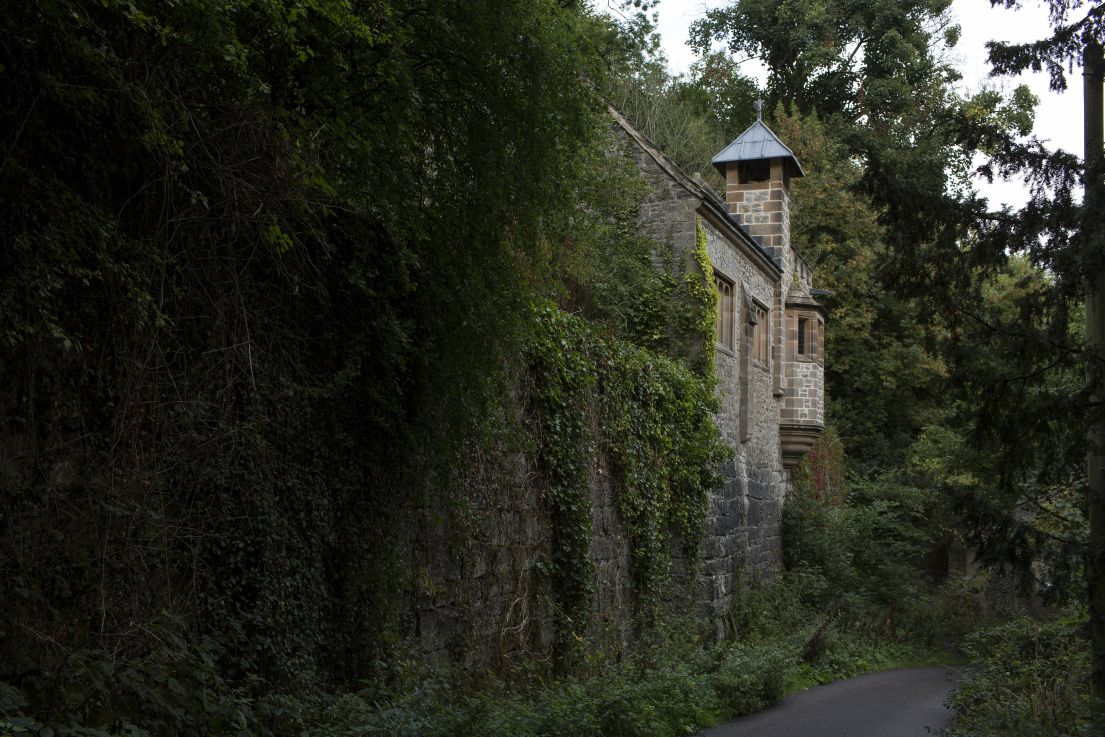 In 1897, Louisa Harris of Matlock Bath wanted to install a memorial to her friend, Vida, in the local church. However, since Vida was a dog, the vicar refused. So, Louisa built her own chapel, where she could do as she pleased!

Louisa commissioned Guy Dawber to design a private chapel on a steep hillside overlooking the Derwent Valley. A picturesque path wound from Louisa’s grand residence to the door of the chapel.

Right at the back of Louisa’s chapel in the rocks is a small brass memorial engraved, ‘In most loving memory of Vida. L.S.H. Till the last and brightest Easter Day be born’. 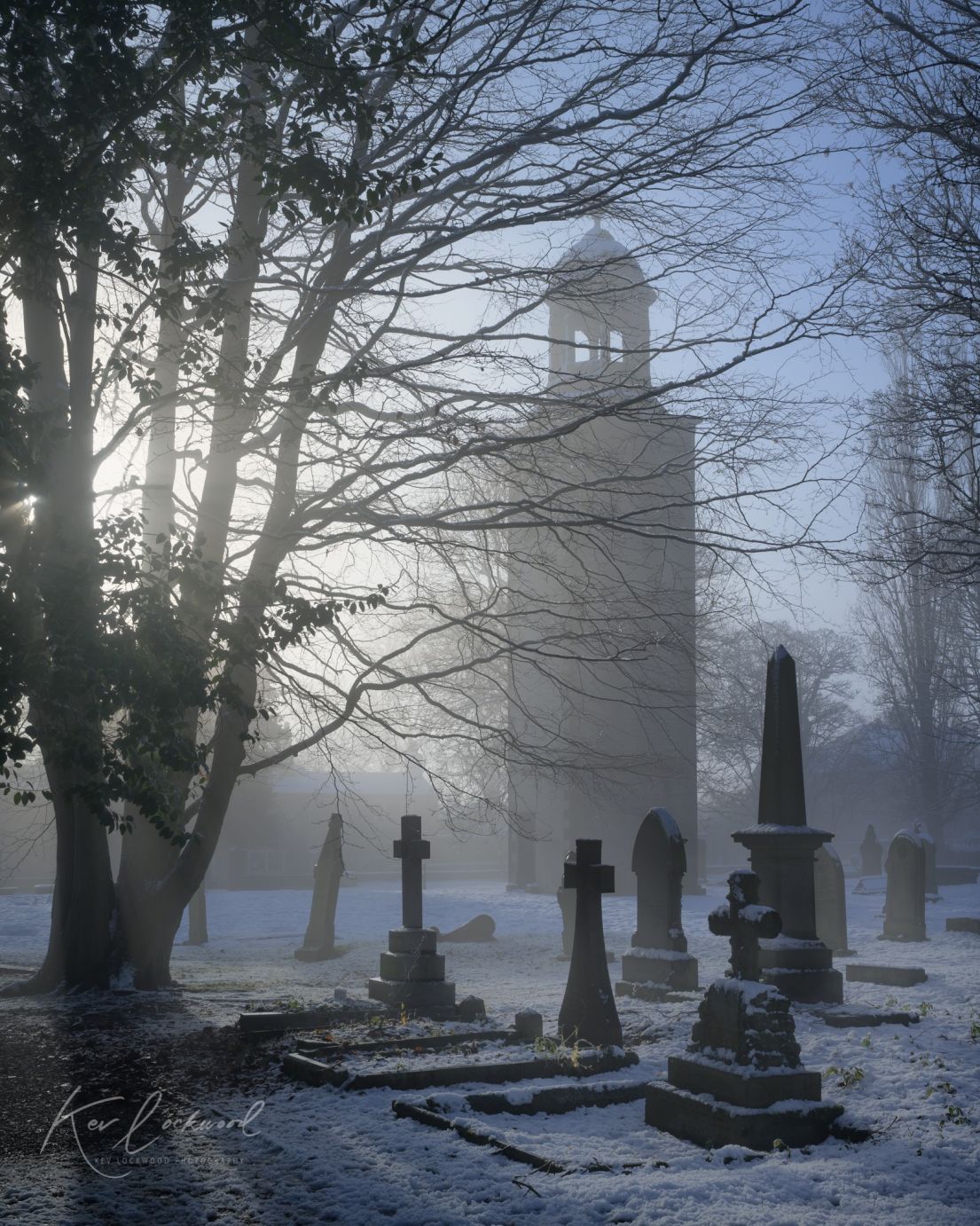 All that remains of the Georgian church at Lightcliffe, near Halifax, is this striking tower and churchyard. But in recent years, the site has drawn people from all over the world - for its connection to 'Gentleman Jack' and as a landmark of British LGBTQ history.

Ann Walker, whose own journal was also recently discovered, was baptised and buried here at her family church, and a small marker near the tower shows the location of her grave, which was once beneath the church. On open days, you can see Ann's brass memorial, and other Walker family memorials, inside the tower. And guides are on hand to point out the graves of many other real-life characters from the TV series. 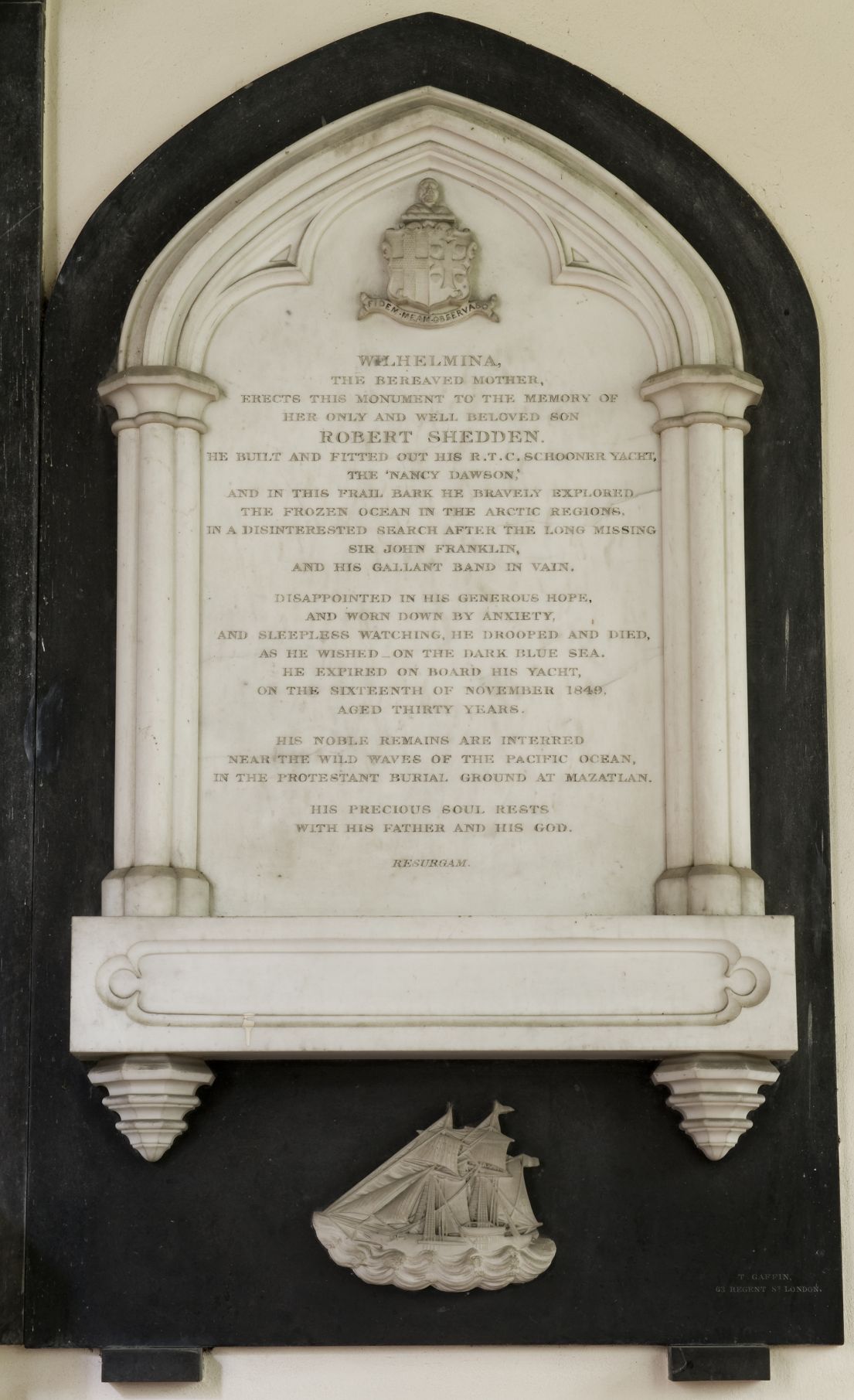 In 1845, the Franklin expedition set out to find the Northwest Passage – the Canadian Arctic waterway connecting the Atlantic and Pacific oceans. But by 1847, no-one had seen or heard from the ships in two years. In fact, they had been trapped in ice more for more than a year, and the survivors had finally set off on foot. But all of them disappeared.

The Admiralty launched expeditions to look for the lost explorers. One of the first to volunteer was ex-Navy mate Robert Shedden, whose yacht, the Nancy Dawson, had recently become the first to circumnavigate the globe. However, Shedden did not complete his quest; after fruitlessly searching the frozen waters, he ‘drooped and died, as he wished — on the dark blue sea.’

At St Mary's, Hardmead, Buckinghamshire, Robert Shedden's mother Wilhemina erected a marble memorial to her only son with a carved image of the Nancy Dawson.

Clare is a freelance marketing consultant with a passion for history and archaeology. Digging for long-forgotten stories is her happy place! Clare has worked as the Digital Content Creator for the Friends of Friendless Churches since 2020. She also works as a genealogist and is a trustee of Cotswold Archaeology.