The great thing about Heritage Open Days is that it gives people a chance to look at buildings they wouldn't normally pay any attention to. Because they don't look very interesting. At least not at the first glance. It's however these unassuming places that often hoard the most riveting stories. Not convinced? Well, let me illustrate my point by telling you about some massive, rather dull looking walls whose fading dark shades turned out to be more significant than they initially seemed. 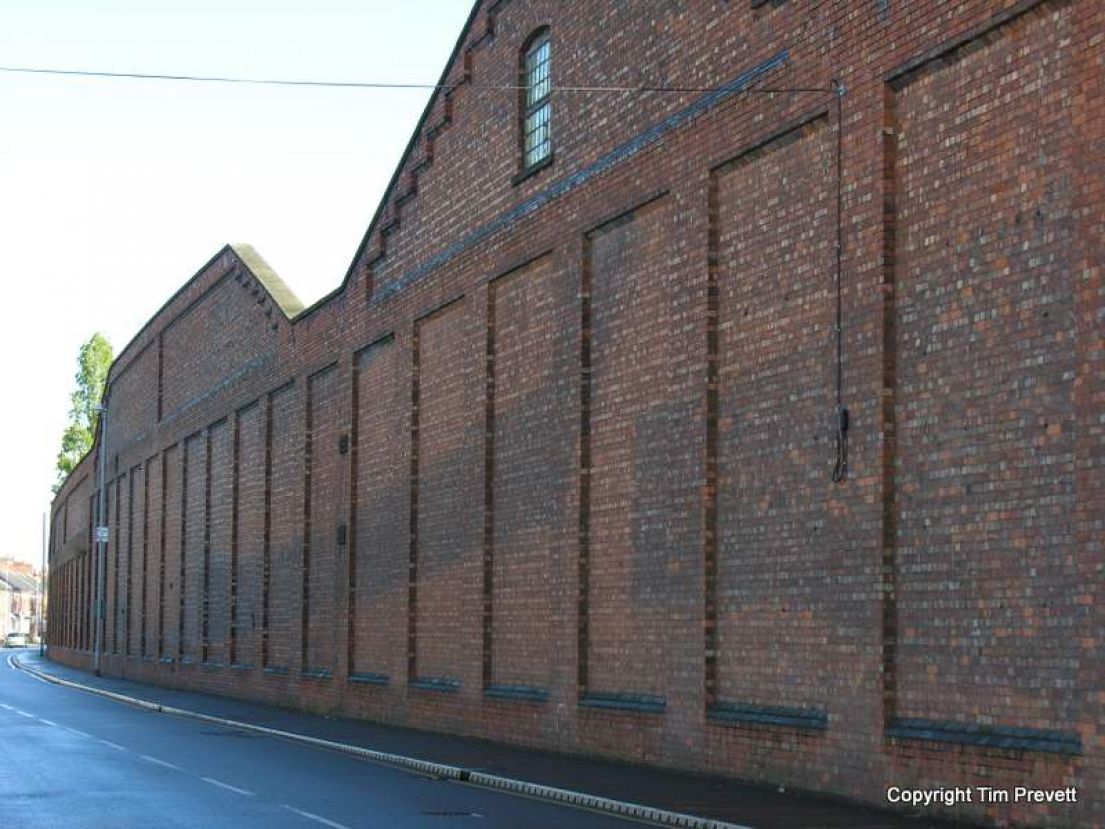 A plain building? Not so... once part of Crewe Works! © Tim Prevett

I'm taking you to a town I love but hasn’t kept its built heritage and historic environment particularly well. There are intriguing pieces of heritage in Crewe that are largely forgotten. The problem is that some are hidden in plain sight. Can't see the wood for the trees, you could say. Or the buildings for the bricks.

The biggest piece of such surviving heritage is in the West End of Crewe, and as far as my admittedly humble research suggests, it is completely unique in its survival in Britain.

Going out of Crewe centre along West Street towards Merrills Bridge on the left hand side are some towering walls. They are now part of Bombardier Transportation, once part of the much bigger Crewe Works. The Works gave birth to the town of Crewe in the 1840s and nurtured and sustained it until the arrival of Rolls Royce in 1938 began the diversification of this single-industry town.

Crewe Works was big. By big, we are talking about two and a half miles of almost continuous workshops stretching from the north side of Crewe Station, arching north and west. There is just one stretch of the Works’ walls that survive to this day, and it has something interesting to tell.

These walls are clearly visible on Google’s Street View, as are the features that make it more than just a wall. It concerns the wall opposite Eleanor Close, which runs past Minshull New Road up to to the bus stop. There you will be able to distinguish fainlty visible large squares and rectangles, interlinked by sloping patches of slightly darkened bricks.

Believe it or not, these are part of an optical illusion to deceive pilots of the Luftwaffe in World War II. The trick was to get the German air force thinking that what were actually trains workshops and munitions factories contributing to the British war effort, were just residential houses and streets. This made them less likely to be bombed.

Today, you most often come across aerial illusions when a street artist cleverly sketches what appears to be a three-dimensional world onto a two-dimensional pavement. If you get that, you’ll get what was going on with these Crewe Walls. The paintings on the facade were once of course much more striking and extended to the roof of the factory to offer more protection.

Crewe is a railway junction town where six lines meet. In a wartime context, one direct hit would have meant lots of transport disruption. Add to that the railway workshops and Rolls Royce making Merlin engines for the RAF just over the road!

Enquiries on the BritArch discussion list suggest that all other World War II aerial optical illusions have completely perished in the UK. Does Crewe have something rare or even a one-off survival here? It would seem so.

Uncover the hidden stories of places

One key step to get a place to speak is to do some research. What was the building used for? By whom? Ask local people to share their memories, how they interacted with the place. Collect anecdotes and any interesting facts no history book would tell you about. Library and archive research will also help. A look through old picture books and maps will give you many “oh, wow!” moments. Then capture that thrill of the discovery and relate the emotion to your audience.

Also, it's worth having a close look at the exterior and interior of a building. You can pick up big and not so big clues about aspects of its story, from building style to layers of decorations, remains of machinery, hoists, adverts, carvings to erosion on steps. Pay attention to tiny details. It’s amazing what can be found if it is looked for. Even little stories add interest and colour, and are part of the bigger picture.

So, give plain buildings a chance. These walls in Crewe may not have ears, but they can certainly speak, if you listen enough.