This summer Leeds invite us all to follow the rainbow and discover more about the city’s LGBTQ+ heritage. Leeds Civic Trust have been coordinating a fantastic programme of events for Heritage Open Days for many years so we asked Mel Roberts to tell us more about their inspirational new project.

Our trail begins in 1843, in a pub on one of Leeds’ most historic streets, Thomas Sykes catches the eye of barman, Edward Rayner, they both go into The Regent’s yard toilets. They are caught and sentenced to death. Fast forward to 2012 when on the Olympic podium, Nicola Adams OBE proudly receives her medal a world champion and also the first openly LGBTQ+ person to win an Olympic boxing gold. These are just two examples of our Rainbow Plaques Trail, a physical journey that charts LGBTQ+ heritage here in Leeds, via 15 visible plaques and an accompanying map. 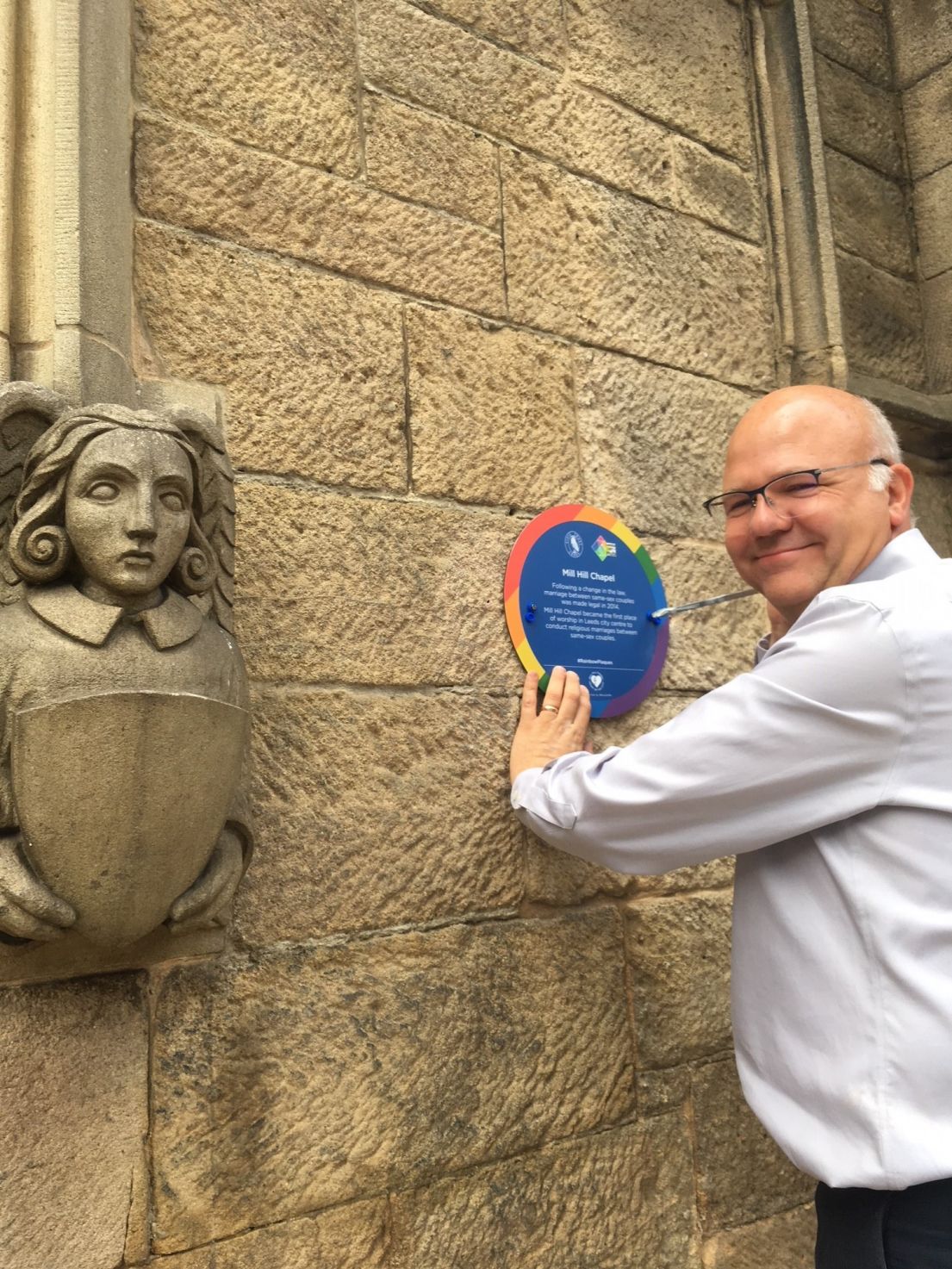 But why is a Civic Society getting involved with ‘LGBTQ+ heritage’ we hear you ask? In 2016, the Trust erected a permanent Blue Plaque for The New Penny pub (the city’s longest running LGBTQ+ venue). Last year Heritage Open Days ran the ‘Prejudice and Pride’ project, remembering 50 years since decriminalisation, a ‘Love Lived Here’ campaign also launched in London celebrating English Heritage Plaques for LGBTQ+ people. Bringing traditionally marginalised heritage into the public domain is important. Although society as a whole has generally become much more supportive of LGBT+ equality, Stonewall reported that 1 in 5 LGBTQ+ people have experienced homophobic hate crime in the last 12 months, additionally 55% of gay teens have experienced homophobic bullying. And this is where organisations like the Trust can help. It is important for society to work together to further understanding and inclusivity. We hope Rainbow Plaques illustrate the great contribution to society made by LGBTQ+ people and further the sense of pride in the community.

...and taking action (creating the trail)

Teaming up with Leeds LGBT+ Hub we formed a small working group and took to social media and various LGBT+ fairs and meetings to spread the word and to ask the people of Leeds for their nominations. We were overwhelmed with the responses we received, nominations varied from the fun to the heart-breaking. Shortlisting the nominations into a cohesive and meaningful trail was no easy feat, but once we had our final 15 plaques, the hard-work really started! We obviously asked permission from any living person to award them a plaque – which proved overwhelmingly positive, with Nicola Adams amongst those to give us a big ‘thumbs-up’. Next was finding a ‘logical’ building to host each Rainbow Plaque; it had to have a connection to the theme of the plaque and keep the trail accessible, for example we have a ‘Polari’ plaque celebrating the underground language regularly spoken by the LGBTQ+ community, theatre performers and the criminal underworld until the mid-80s and where better to have this plaque than on the legendary music hall venue, City Varieties. We offered the opportunity for businesses to ‘adopt’ a Rainbow Plaque – this will ensure the trail’s future viability and help towards a sustainable legacy (for example more permanent plaques). 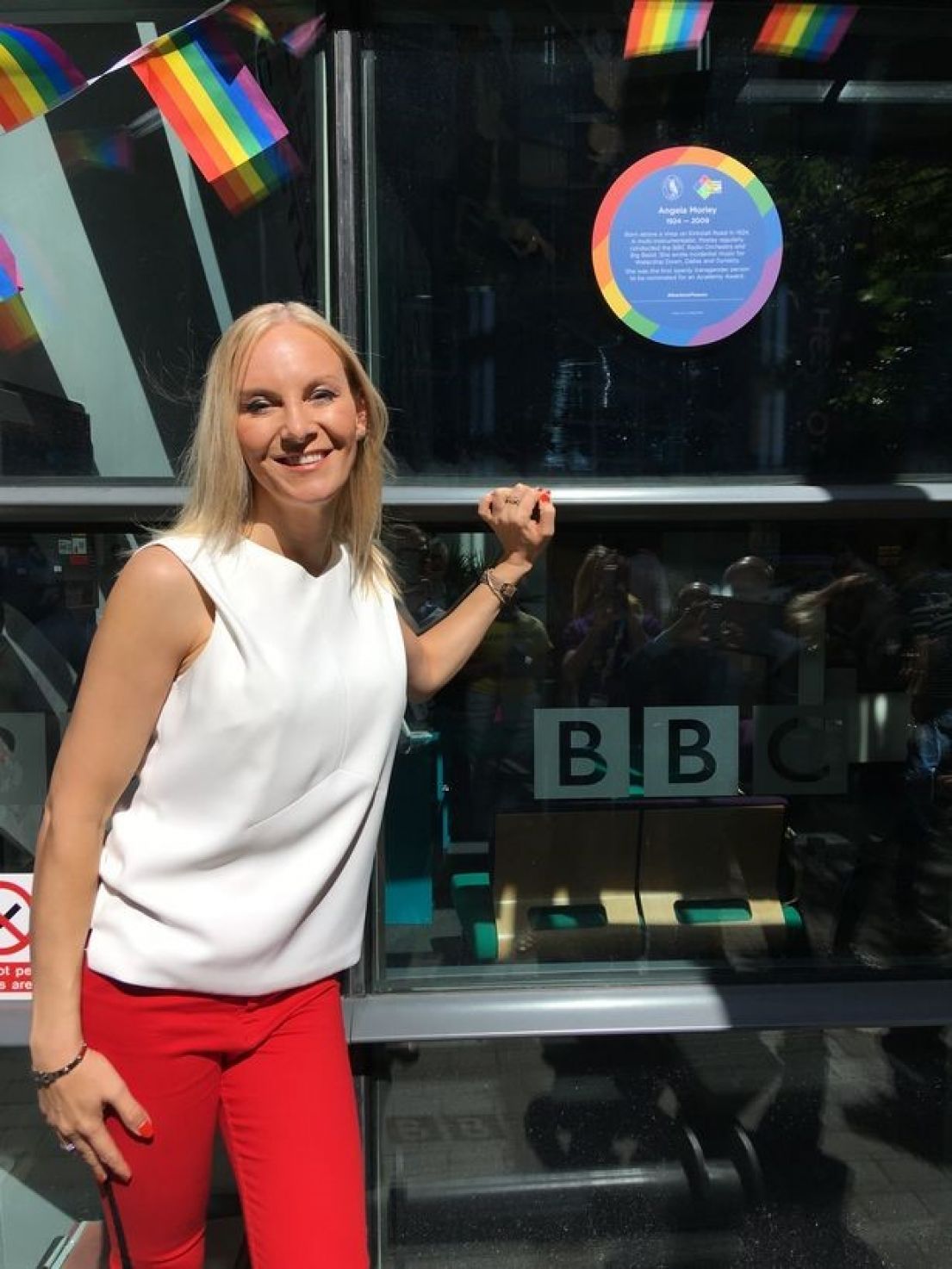 To end where I started, with Sykes and Rayner. They were spared the gallows and deported to Australia, but I feel immensely proud that through the trail we can commemorate their lives and reflect on how far we’ve come in 200 years. Looking to the future I hope the trail helps inspire the next generation of LGBTQ+ people to go on and do amazing things!

The trail is available until mid-September via our website. Next year we hope to expand the trail beyond the city centre, and host a walk for Heritage Open Days!

I’ve been a part of the Trust’s team for almost five years and I help coordinate Trust projects and events. My interests are (naturally!) history, art and public amenity. Leeds Civic Trust is a charity that works with its members and community partners to help make Leeds a great place to live, work and play. We are proud to coordinate Heritage Open Days in the city /  @leedscivictrust / www.leedscivictrust.org.uk