We're always on the look out for interesting, often unsung, stories here at HODs, so when I saw mention of Pablo, a popular and skilled circus owner, whilst processing the festival event entries I had to find out more! Pablo's story is just one of the fascinating tales of Norwich's past residents and associates that tour guide Paul Dickson researched during lockdown. The tours are running again this month, but if you can't get to Norwich here's a taster of Paul's favourite stories... 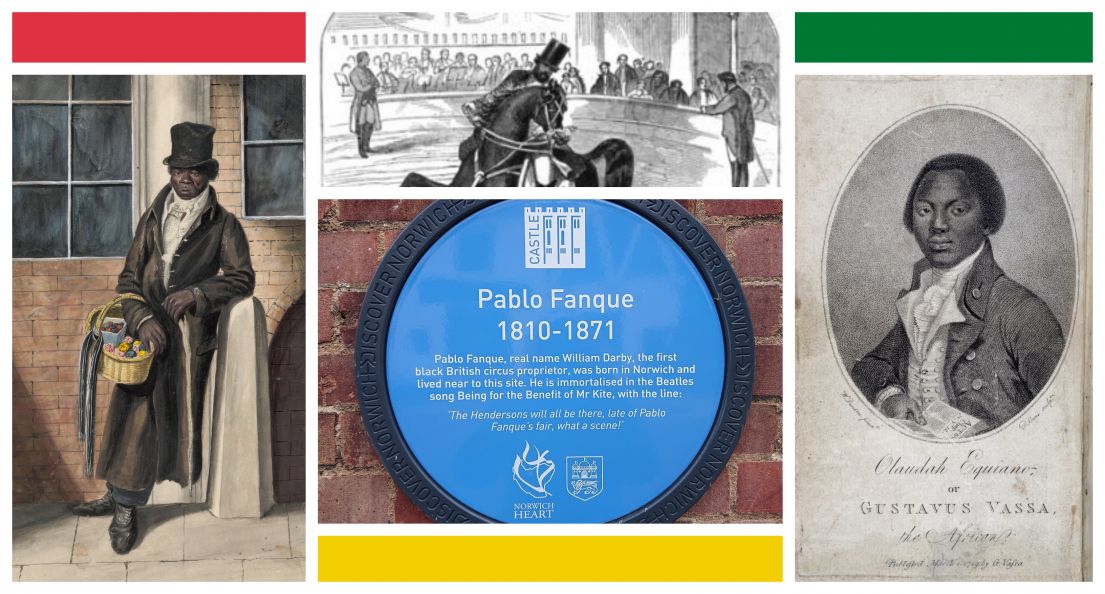 Norwich was an active city of abolition. The local Quakers set up a committee in 1785 to support the abolition movement. Many local residents stopped buying sugar in protest and, when the House of Commons voted in April 1792 for the gradual abolition of the slave trade, the bells of St Peter Mancroft Church, in the city centre, rang out for two days to celebrate. The celebration was short-lived though, as the House of Lords insisted on hearing all the evidence that had been put in front of the Commons. There was a delay for a year and then war with France meant the whole process was shelved. It was not until 1807 that William Wilberforce's campaign finally brought an end to the slave trade. 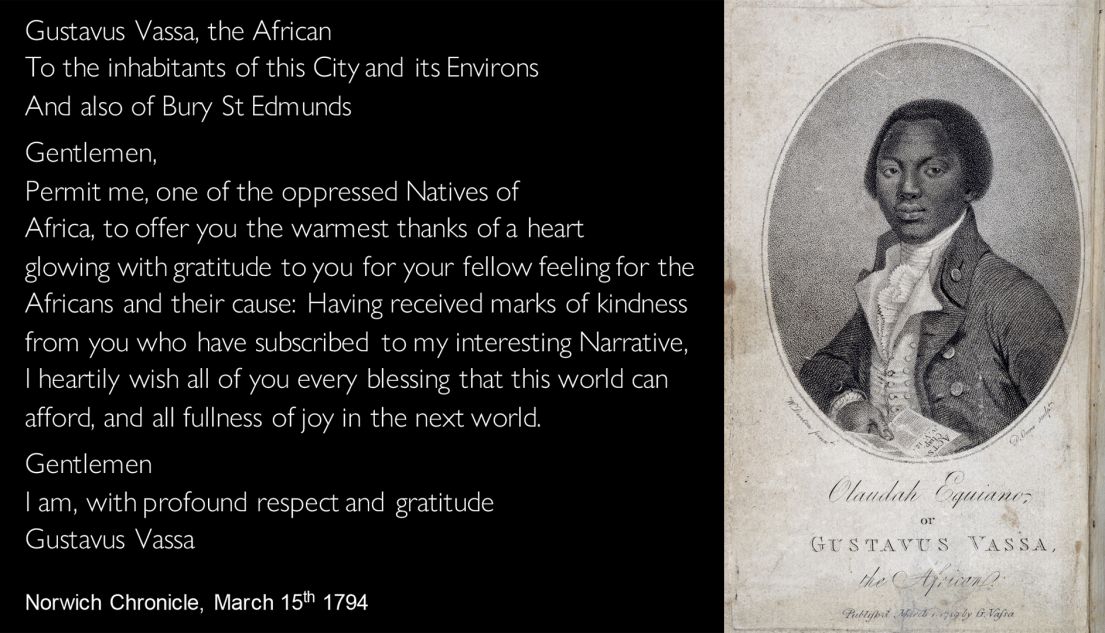 There were more than 200 subscribers to a Norwich edition of former enslaved African, Olaudah Equiano's autobiography, titled 'The Interesting Narrative  of the Life of Olaudah Equiano, or Gustavus Vassa, the African'. Olaudah Equiano took out an advert in the Norfolk Chronicle on March 15, 1794 to thank the people of Norwich. 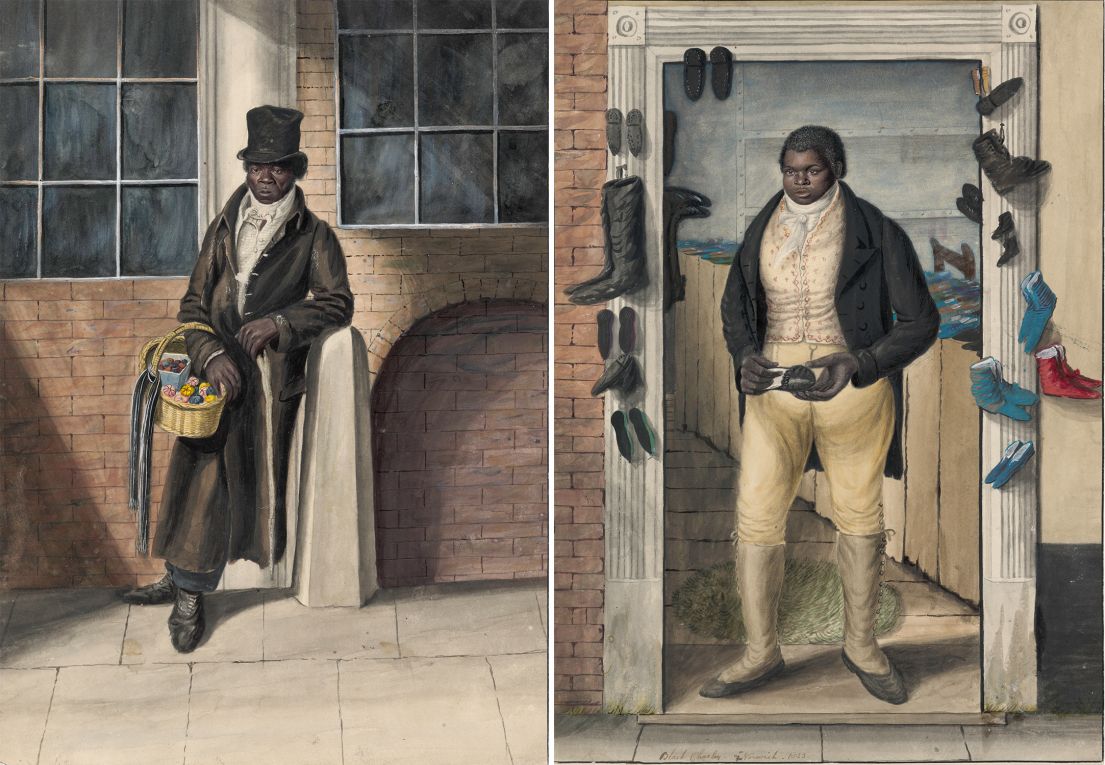 Thanks to John Dempsey, a painter who specialised in portraits of street traders, we can view Cotton and Charley, Norwich black residents whose portraits he painted in 1823. Nothing is known about Cotton, but Sarah Murden, who posted an article in the All Things Georgian blog, revealed Charley's full name as Charles Willis Yearly, and that he sold second hand shoes and boots on Elm Hill in the city. He was married to Diana Norman from Stradbrooke in north Suffolk. 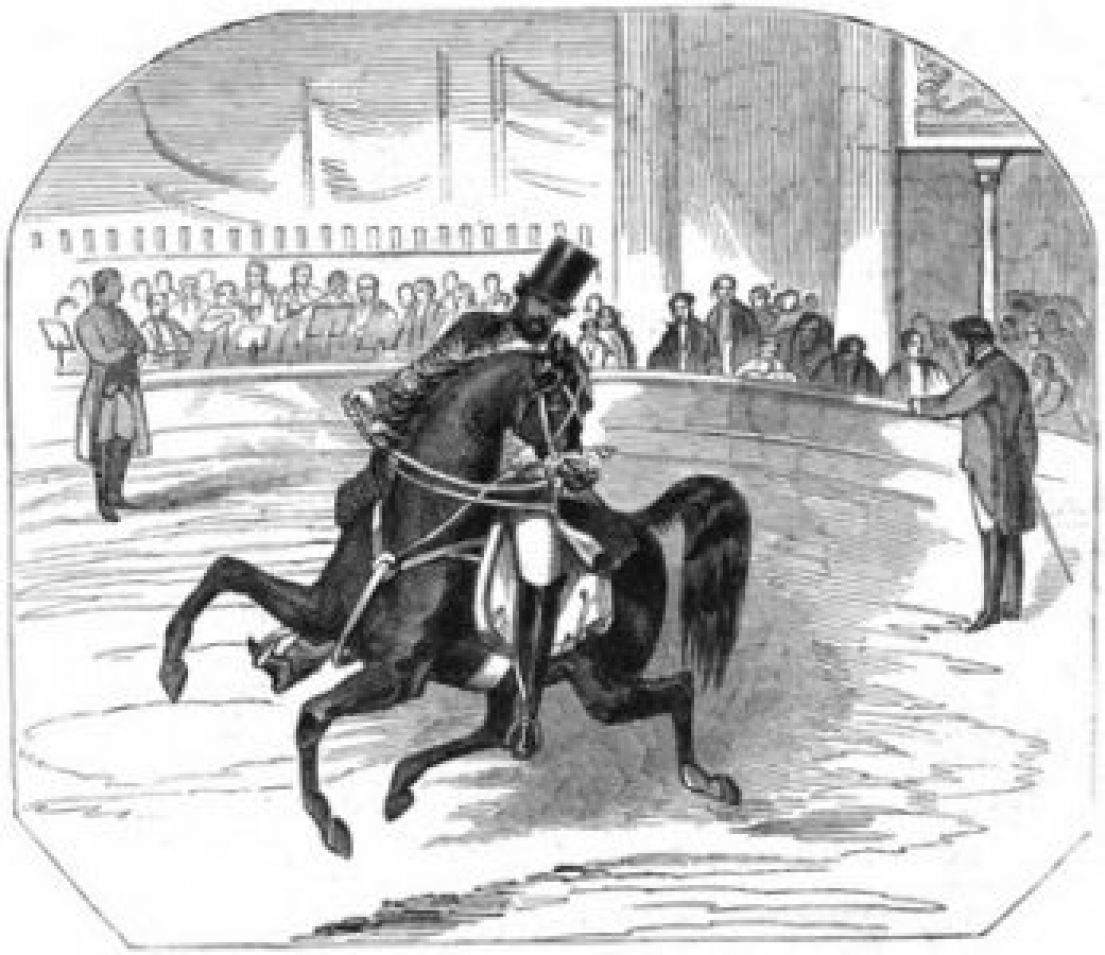 William Darby (1810-1871) was born in Norwich in St Andrew's Workhouse and, as a young man, became apprenticed to William Batty's circus, taking the stage name 'Pablo Fanque'.  He proved to be a first class acrobat and horseman and, in the 1840s, became the country's first black circus entrepreneur, when he established the Circus Royal.

He mainly operated in the North and Midlands, but did bring his circus to Norwich and was here from December 1848 to February 1849, putting on a big show in Victoria Gardens (now occupied by a Sainsbury's supermarket). The Norfolk News reported on the arrival of the circus in a piece dated December 30, 1848:  'Circus, Victoria Gardens. On Saturday, the 23rd inst, Mr Wm. Darby, professionally called Pablo Fanque, a native of Norwich, entered this city with a fine stud of horses, preceded by an excellent brass band. We hear that the performances during the week have been well attended, large numbers having gone away unable to obtain admission.'

Modern interest in William Darby was sparked by John Lennon's discovery of a Pablo Fanque Circus Royal poster, which became the inspiration for the Sgt Pepper's track, For the Benefit of Mr Kite.

In 2018, new student accommodation on All Saints Green in Norwich was named Pablo Fanque House. A poem by Ira Lightman, in the form of a Victorian circus poster, celebrates Pablo Fanque and covers one of the entrance hall walls.

Paul is an official City of Norwich tour guide. He runs tours in Norwich and the Broads National Park. He is also an independent publisher and works with Norfolk authors.