Did you know that 2020 is the Year of the Nurse and Midwife? That it is the 200th anniversary of the birth of the first Nightingale Nurse – one Miss Florence Nightingale, who helped set the bar for creating a professional nursing service. Her achievements were remarkable but of course she didn’t work alone; here’s a round up of some of the stories our festival community has connected to Florence and other nursing nightingales – past and present, we thank you all.

Florence was born in Italy (named for the city of her birth) to a wealthy family. She was expected to marry well and live the usual life of a society lady, but Florence had other ideas, and the will and determination to see them through. Against all convention she pursued a career in nursing (shock, horror, this was considered pretty disreputable for ‘ladies of quality’ at the time – how odd that seems now!).  After leading gruelling but pioneering work in the Crimea she returned home to acclaim and devoted the rest of her life to advising on the development of hospitals and nursing as a profession. 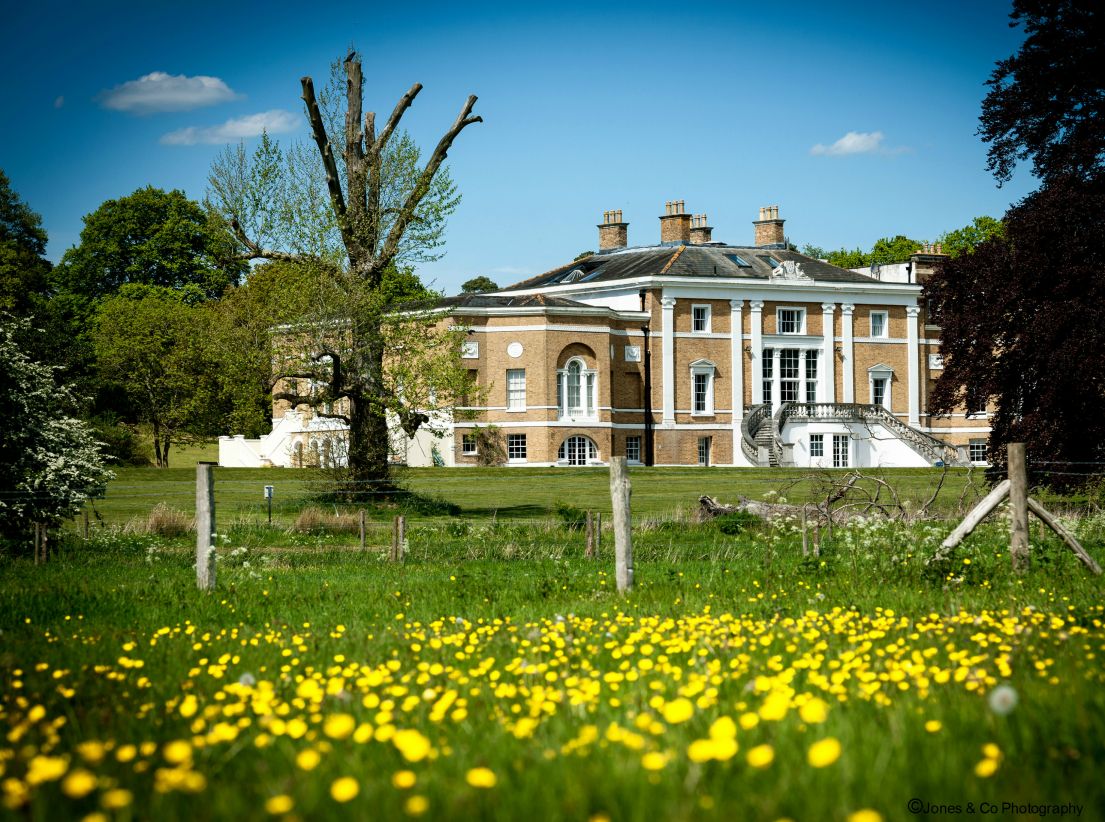 This beautiful Georgian mansion was built using the stones of the nearby ruined Cistercian Abbey. In the 19th Century it belonged to Florence’s uncle; she visited often, spending Christmases here and attending a masked ball in their grand ballroom. Later the site was used as a Red Cross Hospital for the wounded of WWI, and today it can be hired out for functions (when the world isn’t on lockdown). 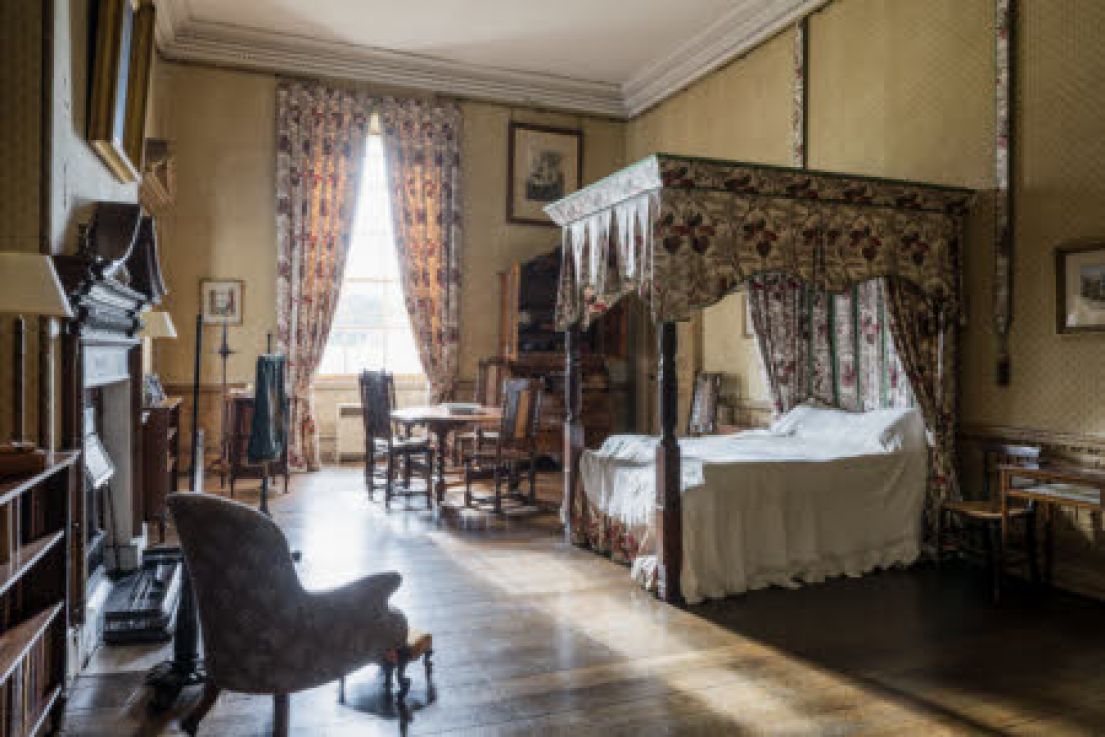 In later life Florence had a suite of rooms here, in the house of her sister Parthenope, who had married Sir Harry Verney (originally a suitor for Florence herself!) Sir Harry gave Florence these rooms to work on her nursing books and hold important meetings. Now owned by the National Trust, when we aren’t in lockdown you can follow in Florence’s footsteps through the rooms and even try out her bed! 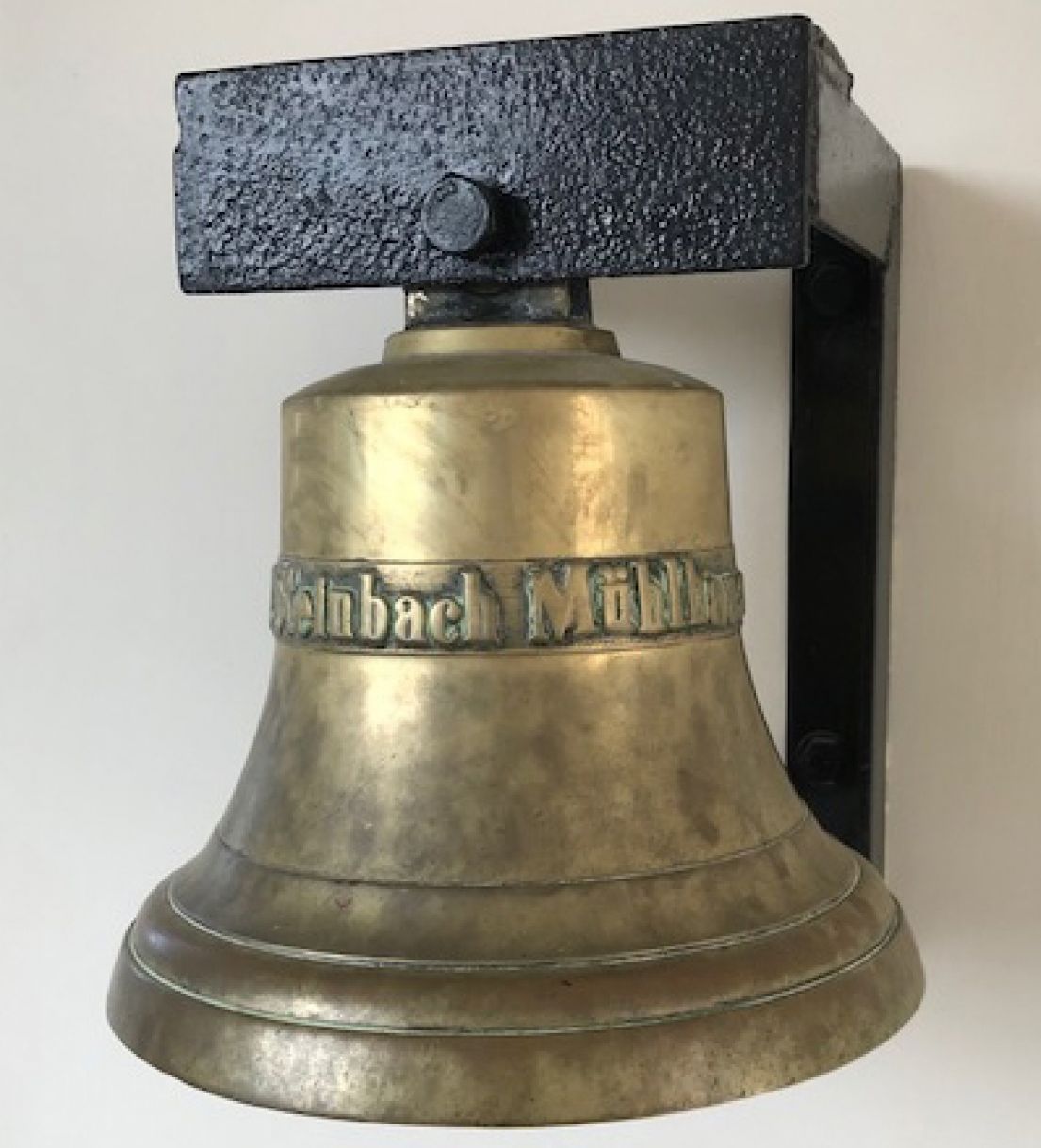 Originally built as a defence against Napoleon, Fort Pitt became a major military hospital. It housed most of the wounded from the Crimean War, with a veranda for patients to sit outside in warmer weather. Florence chose it as the site for the first Army Medical School, in what is now the North Block of the Grammar School that calls it home today - wandering the corridors you can still see ward numbers on some of the walls. 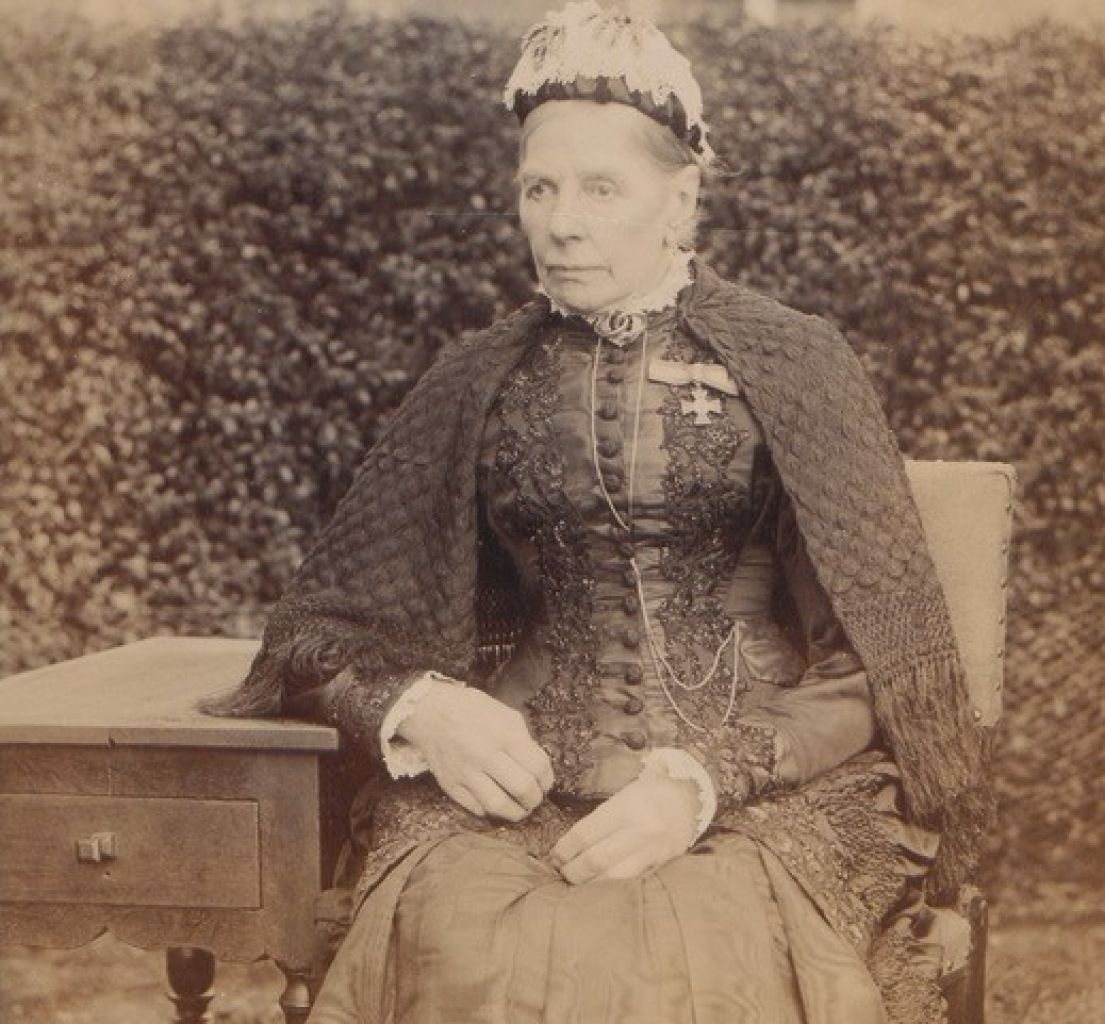 Ann Ayre Hely was the daughter of a blacksmith and publican in the village of Ravenstone, Leicestershire. Her first experience of nursing may have come from her marriage to the local doctor. She had no training but went out to the Crimea in March 1855, first to a hospital at Smyrna where she would have worked from 6am to 8.30pm (aside from nightshifts). Though she did not meet Florence there she may have helped nurse the iconic ‘lady with the lamp’ upon her return, and was awarded the Royal Red Cross for her work in 1897. The Ravenstone Hospital Almshouses where she spent the last years of her life are still in use today.

“A very superior woman, a clever nurse, excellent temper, honest, sober, trustworthy and obliging, a great peace maker amongst others.” A glowing review of Ann from her superior at Renkioi Hospital

Winsford Cottage Hospital in Beaworthy, Devon, has been at the heart of its community for over 100 years. Built by a wealthy philanthropist, Maria Medley, in memory of her husband, it was designed to serve the local community and its distinctive walls have been a centre of care for a multitude of patients from before the NHS was started. Whilst it officially closed as a hospital in 1998 it has been restored by The Landmark Trust and now offers a holiday haven in one wing, whilst the other remains dedicated to community use, including a treatment room available for hire by local health practitioners.

"We continue to be inspired by the story of Winsford Cottage Hospital and the people who made it so special.  2020 is the Year of the Nurse and the Midwife, and we will be working with Wren Music to create a new song to celebrate the work of all our nurses.  Our project is made even more poignant in light of the heroic work that NHS staff have done in recent weeks during the Covid-19 crisis." Kasia from The Landmark Trust.

Another hospital founded by a wife in memory of her husband was Ripley in Lancashire, though not used as a hospital in the nursing sense, but rather as a school and orphanage. Today though Ripley St Thomas Academy does indeed host some remarkable nightingales – its sixth form is providing a training centre for NHS staff from the nearby Royal Lancaster Infirmary and its design technology department have been making protective equipment for nurses and other frontline workers.

A huge THANK YOU to all careworkers.

Here are just some of the amazing nightingales amongst our festival community... 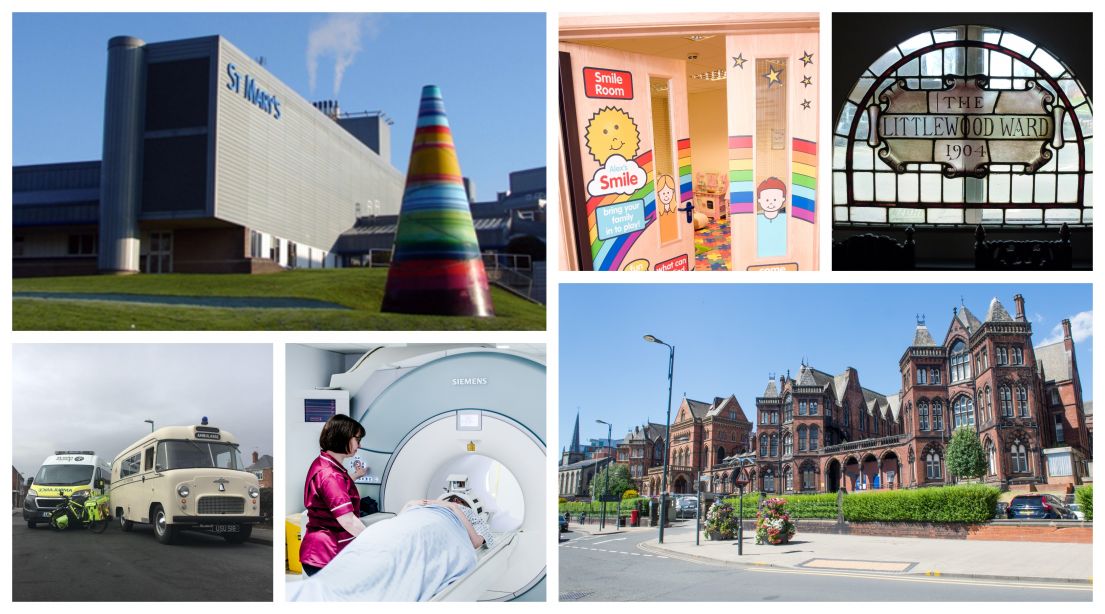 Other nightingales and nursing stories 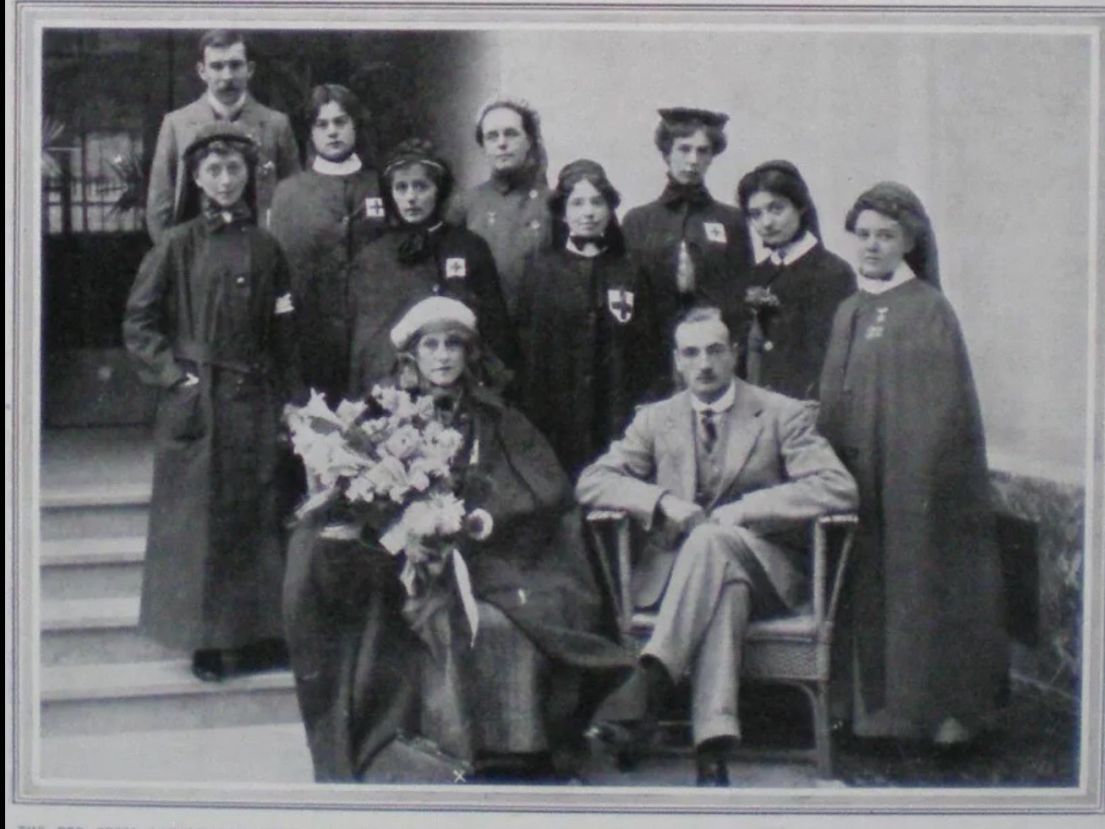 Millie and colleagues who were nursing wounded soldiers in Namur, Belgium during WWI / see our earlier blog post on Marvellous Millie

Many thanks to the local organisers who contributed their Nightingale stories particularly Wendy Freer of Pudding Bag Productions, Fiona & Kasia at The Landmark Trust, Ros at Lancaster City Council.