Earlier this year a job advert went viral - Lincolnshire County Council needed someone to go on a (historical) pub crawl! Of course, as we're celebrating all things food and drink this year, we needed to know more. Here is Marc Knighton, Project Officer for 'Inns on the Edge' to tell us what he's found so far - tavern tales from royal connections to truely weird ways to enter a pub or sleep in one! 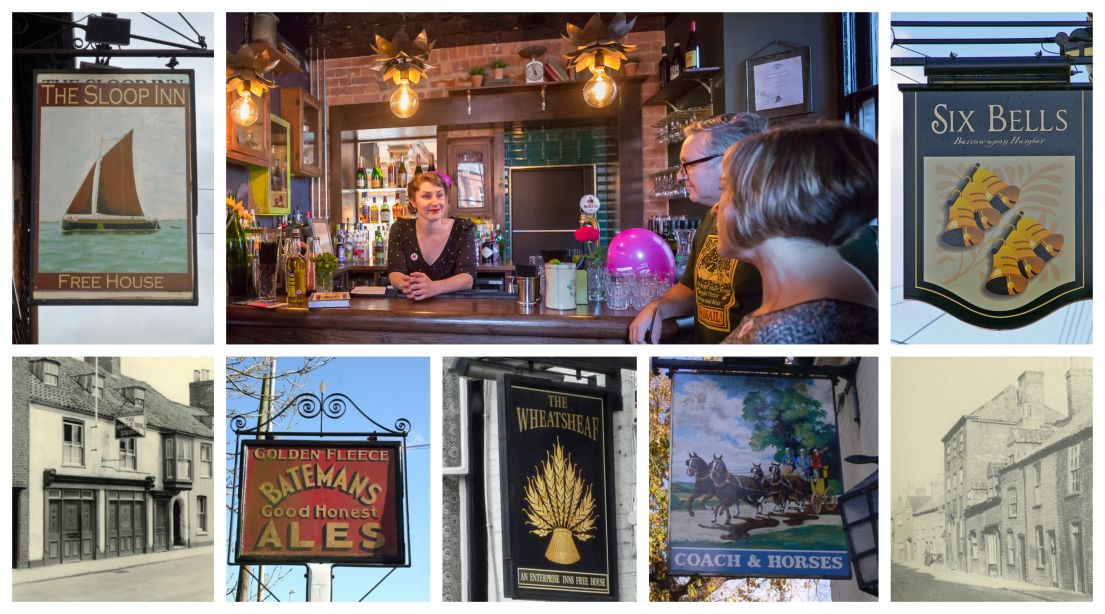 Lincolnshire County Council's new project, 'Inns on the Edge', is celebrating the heritage of pubs along the much-loved Lincolnshire Coast. So I've been visiting pubs from Boston to Grimsby to uncover their stories and history, whilst making a record of their current use and condition. I'm also speaking to landlords and locals to encourage them to record their memories of these historic buildings, which are rich in social history, but may have never been written down. 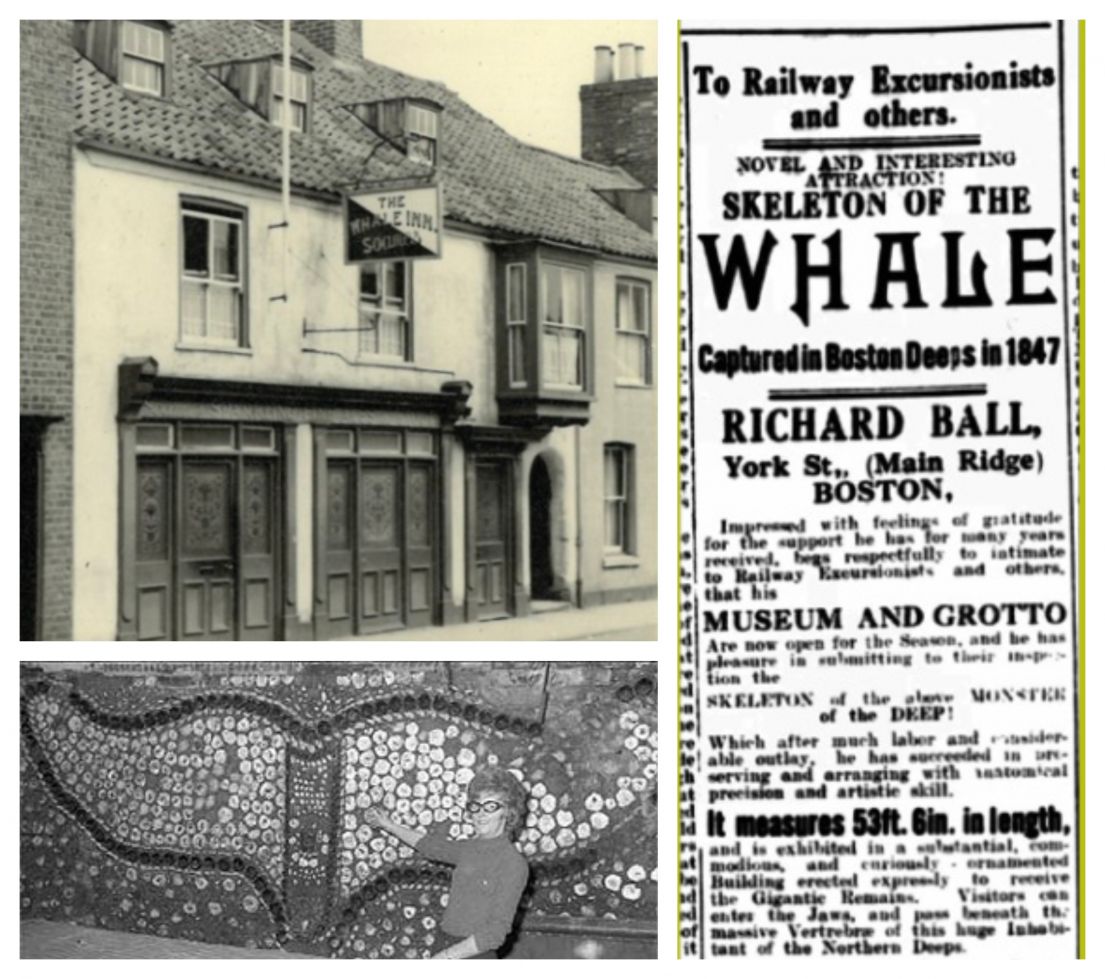 The Whale was certainly an 'atmospheric' inn

This pub's star attraction was the skeleton of a whale. The unfortunate animal was captured in the Boston Deeps in 1847. Richard Ball, the landlord of the Bricklayer's Arms, seized on the opportunity to bring in extra business. He erected a unique building to house the 53-foot long skeleton, which he arranged 'with anatomical precision and artistical skill'. Visitors were invited to 'enter the jaws and pass beneath the massive vertebrae of this huge inhabitant of the Northern Deep.' As well as the whale room (admission sixpence), the pub also had a museum room full of objects from old Boston, a grotto decorated with pictures and patterns made from seashells. Despite protests, the pub on Main Ridge was demolished to build John Adams Way in the 1970s. 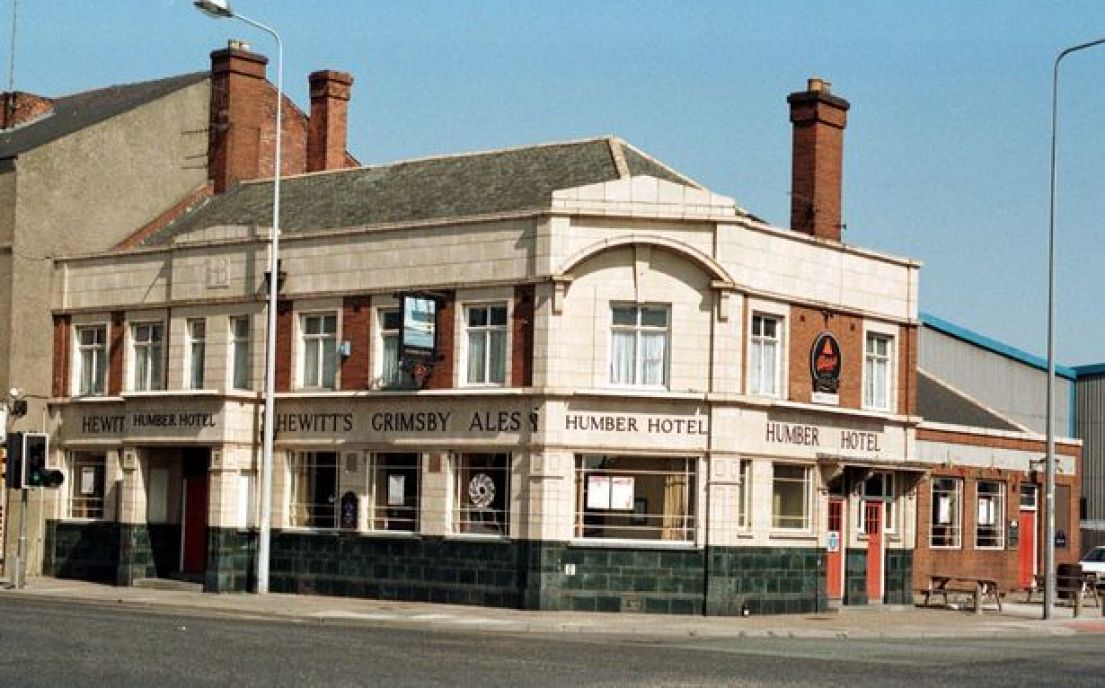 Take a dip, then down a pint at The Humber Hotel

Hewitts Brothers of Grimsby built the Humber Hotel in 1937 on the garden site to the original Humber hotel built in 1834 and since demolished. The old Humber was built 'expressly for an inn and bathing house with a good stable and garden'. In 1850 Mr Samuel Williams advertised he had obtained six bathing machines near the great gun battery 'for those desirous of having a wash in the sea', something most of us wouldn't ever contemplate nowadays! In 1866, Williams fell foul of the law and was charged with selling drinks on Sundays and fined 12s, including costs. In 2010 the Humber Hotel pub closed for good, but the building was saved and handed a new role as a showroom and manufacturing facility for a sign company. 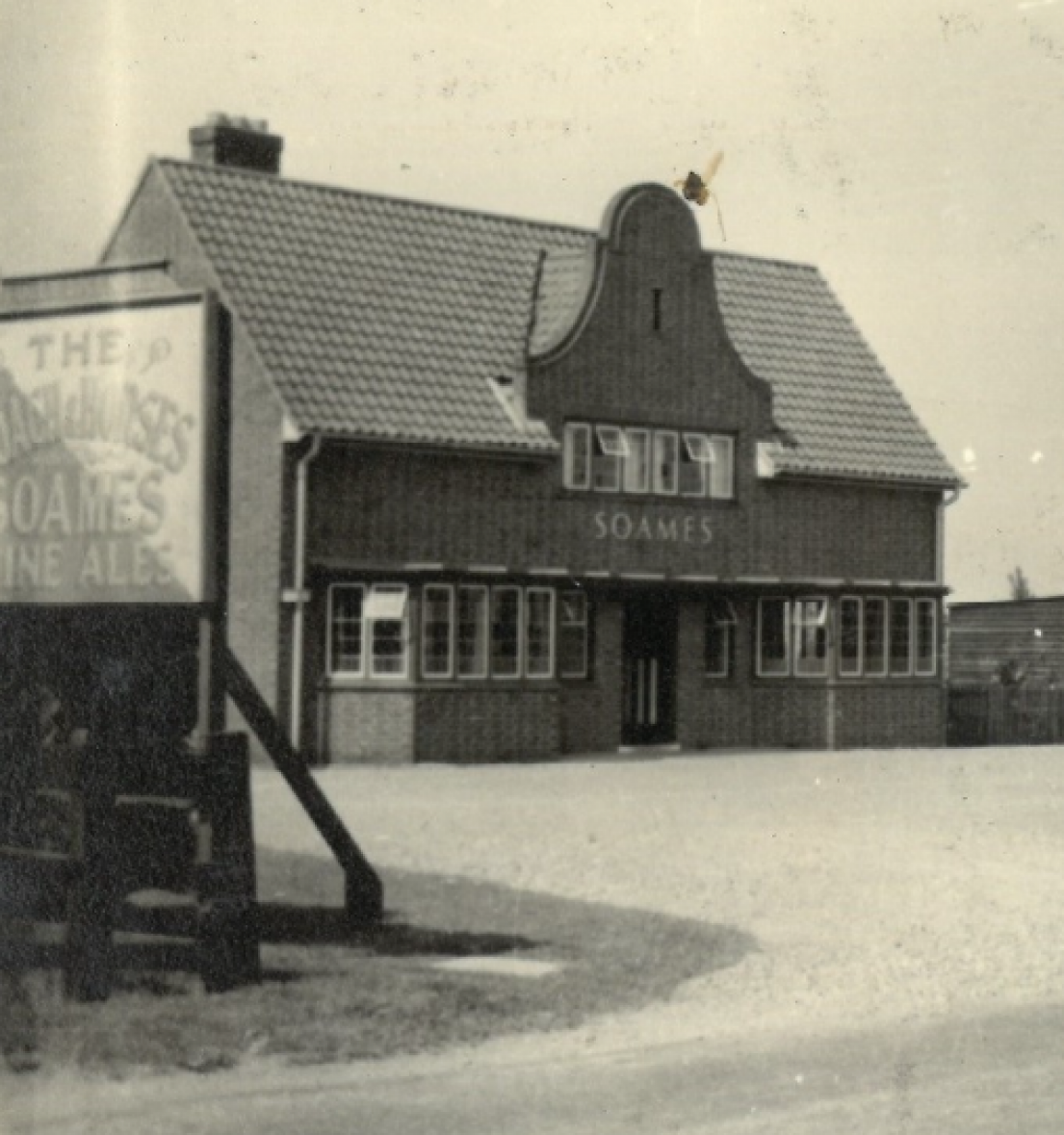 Perfect pitstop for the 'modern' motorist - The Coach & Horses

For the 'modern' motorist

This pub was built in 1938 by Soames Brewery of Spalding. It replaced an older beer house next door, which is still standing. It was designed as a small modern 'roadhouse' to appeal to the new class of motorists passing by on their way to Skegness. It was described to the licensing magistrates as 'a newly-erected, well-planned, modern house, convenient in every respect'. The magistrates were impressed as they disliked the dark beer houses of old. They even granted an upgrade to a full license so it could sell wine and spirits. A first in Wrangle! 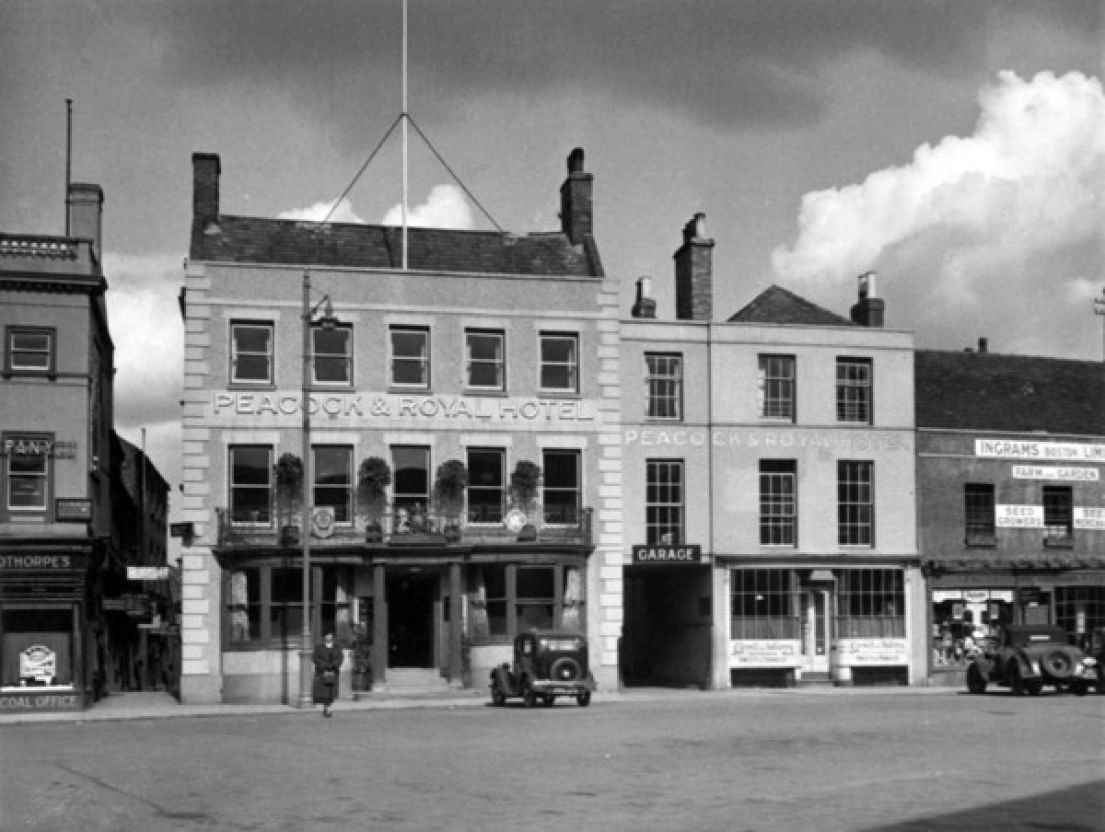 A princely pub - The Peacock and Royal

One of Boston’s most noted coaching houses, this large Inn was probably built around the 1750s. In the early days, stagecoaches stopped here on regular journeys to London and other towns. Around 1889, one of Queen Victoria's sons stayed a night here, and the house became known as the Peacock and Royal. The Peacock maintained a pair of horse omnibuses to meet all trains to convey passengers to the Hotel, and other residents in the Town could book this for journeys to and from the Station. The main building closed in 1921, but the tap house in the yard continued to trade. After WWII, the hotel opened again but finally closed its doors in 1962 and was demolished to make way for retail giant Boots. 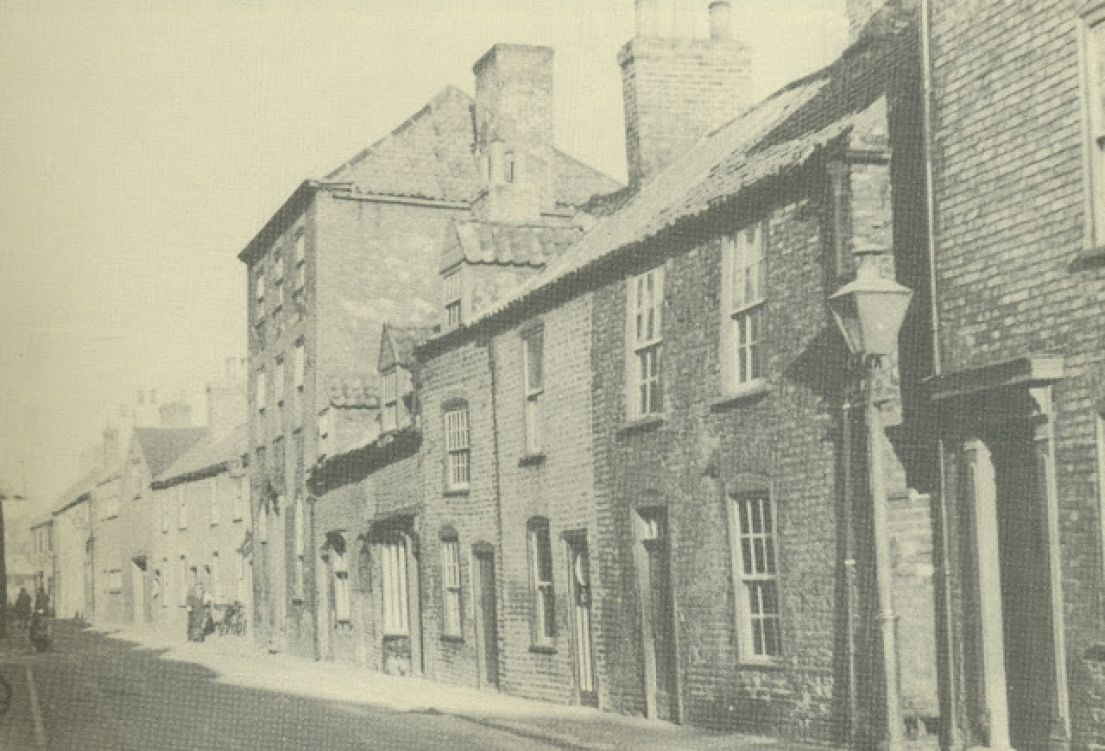 Sleep 'on the ropes' at The Flying Dutchman

For the VERY tired?!

Licensed in 1870, this pub didn't enjoy a good reputation. It doubled as a common lodging house when hanging your armpits over ropes prevented you from falling over while sleeping! The common saying of 'I could sleep on a clothesline, I'm so tired' is said to originate from lodging houses like this one. Porter's history of Boston, records that in 1864 there were ten common lodging houses in the Borough with accommodation for 170 persons per night – that's a lot of people sleeping on ropes (although floor space with straw and beds were also available). The picture shows the Flying Dutchman (tall building) on the right side of Rosegarth Street looking towards Lincoln Lane. In the 1960s, the pub was pulled down and the site is now a car park.

This year's festival theme is Edible England, so check out our other tempting posts: