Queer the Pier – the brilliance of community curation

You might want to grab an ice cream for this one as we're headed to the seaside for the story behind an exhibition with a difference. Staff from Brighton's Royal Pavilion & Museums Trust collaborated with members of their local community to co-create ‘Queer the Pier’. Two members of the team are here to share their experience. It's a tale of trying to find history (from drag queen wigs to iconic typewriters!), then going beyond the research to get stuck in with upholstery pins, latex gloves and deep freeze! A tale of having the courage to be bold, and the joy and pride that can come from that.

So much more than research

Daren Kay, Community Curator for Queer the Pier, and author

I’m gay. I love history. I live in Brighton. Given these three things, the decision to help curate an exhibition about Brighton and Sussex’s queer heritage was a no brainer.

But how we’d go about it. That wasn’t quite so obvious. The fact is that over the years very little queer heritage has been recorded and archived as such. Indeed, a prevailing theme of 'Queer the Pier' is how much of it has been erased, forgotten or simply thrown away.

So, faced with these challenges, where did we begin? 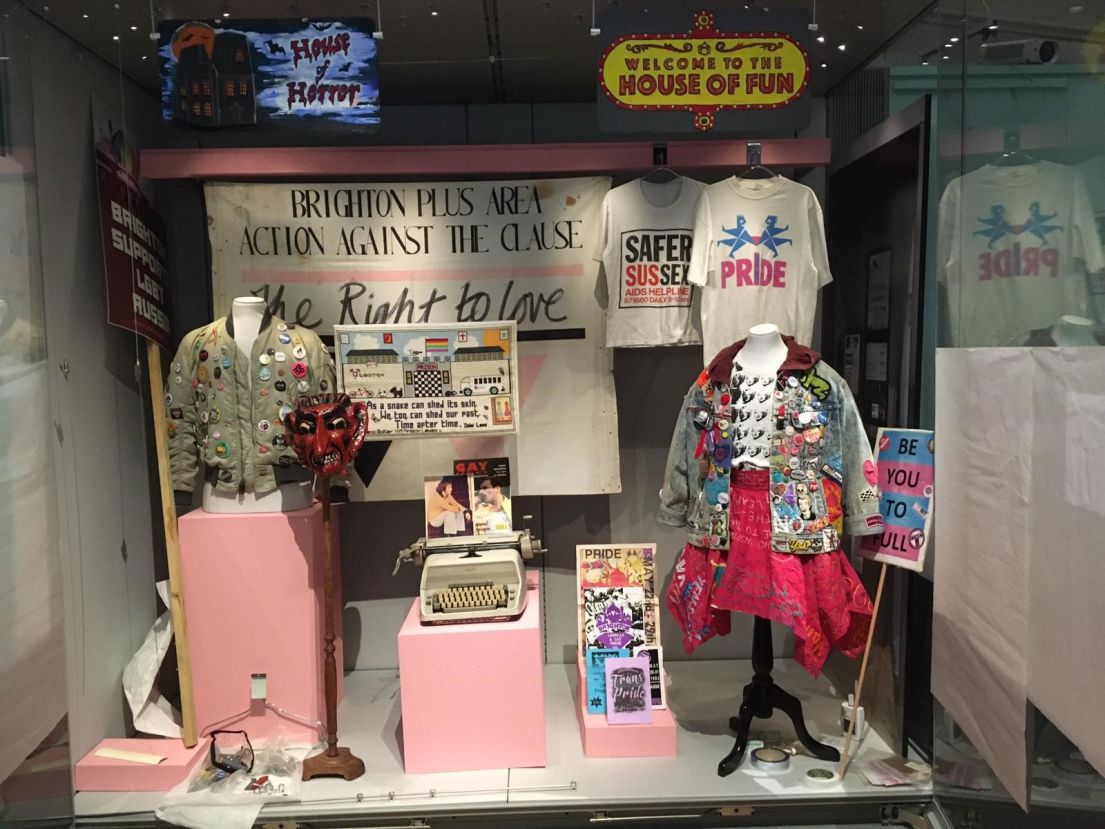 'The Godfather of Gay Journalism's' typewriter + button badges, just some of the fascinating collection uncovered by the community / © RPMT

One route was to search through archives for items relating to people and subjects that were of specific interest to community curators; Anne Lister’s diary entry about her trip to Brighton in 1826 is one example of this. Another is the display about sex workers, using a collection of calling cards. In addition to museums, we were also given access to newspaper and film archives, which provided much of the audio-visual content in the show.

Beyond these amazing resources, we also reached out to the local LGBTQ+ community – acquiring costumes from local drag performers, items such as magazines, club flyers, protest badges and photographs - and even a typewriter that had once belonged to the Godfather of Gay Journalism, Peter Burton.

And then there were those objects that found their way to us! Perhaps the most striking example of this was a huge collection of photo albums, war medals and personal effects belonging to a lesbian couple from Worthing. Found by someone known to the Exhibition’s lead curator, E-J Scott, the hoard would most likely have been thrown away had it not come to the attention of queer historian and collector, James Gardiner. So important is the collection now deemed to be, that it has found a permanent home at Worthing Museum.

Yet there is so much more to being a Community Curator than research. 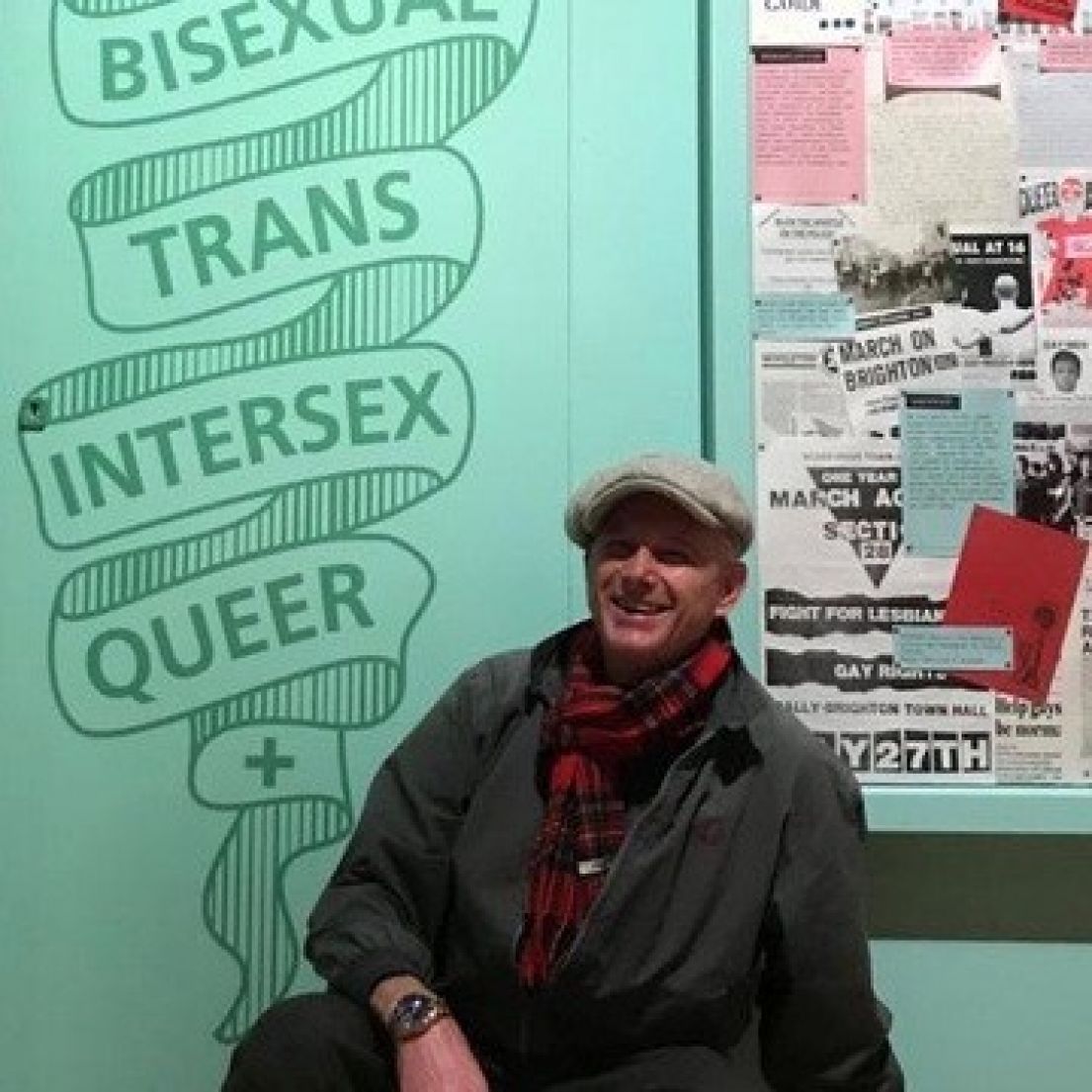 At Brighton Museum, volunteers are also invited to help with cataloguing and preparing the items for display; that’s a whole lot of forms, latex gloves and upholstery pins. The fact is that once an object has been accepted by the museum – from the smallest pin badge to the biggest drag queen wig – it is meticulously logged and cared for. Which in the case of costumes means spending days in the deep freeze to kill creepy crawlies; the bête noire of all museum collections! And on top of that, there were also the arcade games we had decided to build to recreate the feel of being on a pier and the text panels to write to explain the story behind each object.

Suffice to say, being a Community Curator opened my eyes to the enormous amount of work that goes on behind the scenes of any exhibition. Some of it mind-numbingly bureaucratic. Lots of it utterly bonkers. But when I walked into the gallery on opening night, the word that best summed up my experience of working on 'Queer the Pier' was – appropriately enough – PRIDE!

Learning to be bold

Susan Eskdale, Lead for Community Engagement and the Be Bold Programme at Royal Pavilion and Museums Trust

Our ambitious Be Bold programme came about in response to consultation with the LGBTIQ+ communities. Aware that our Museums did not represent these communities, with 2017 marking 50 years since the partial decriminalisation of homosexuality, we took the opportunity to reach out, to listen, to repair relationships and build new ones.

We also wanted to pay more than lip service by extending the exhibitions and programming beyond 2017.

We ran an anonymous poll: 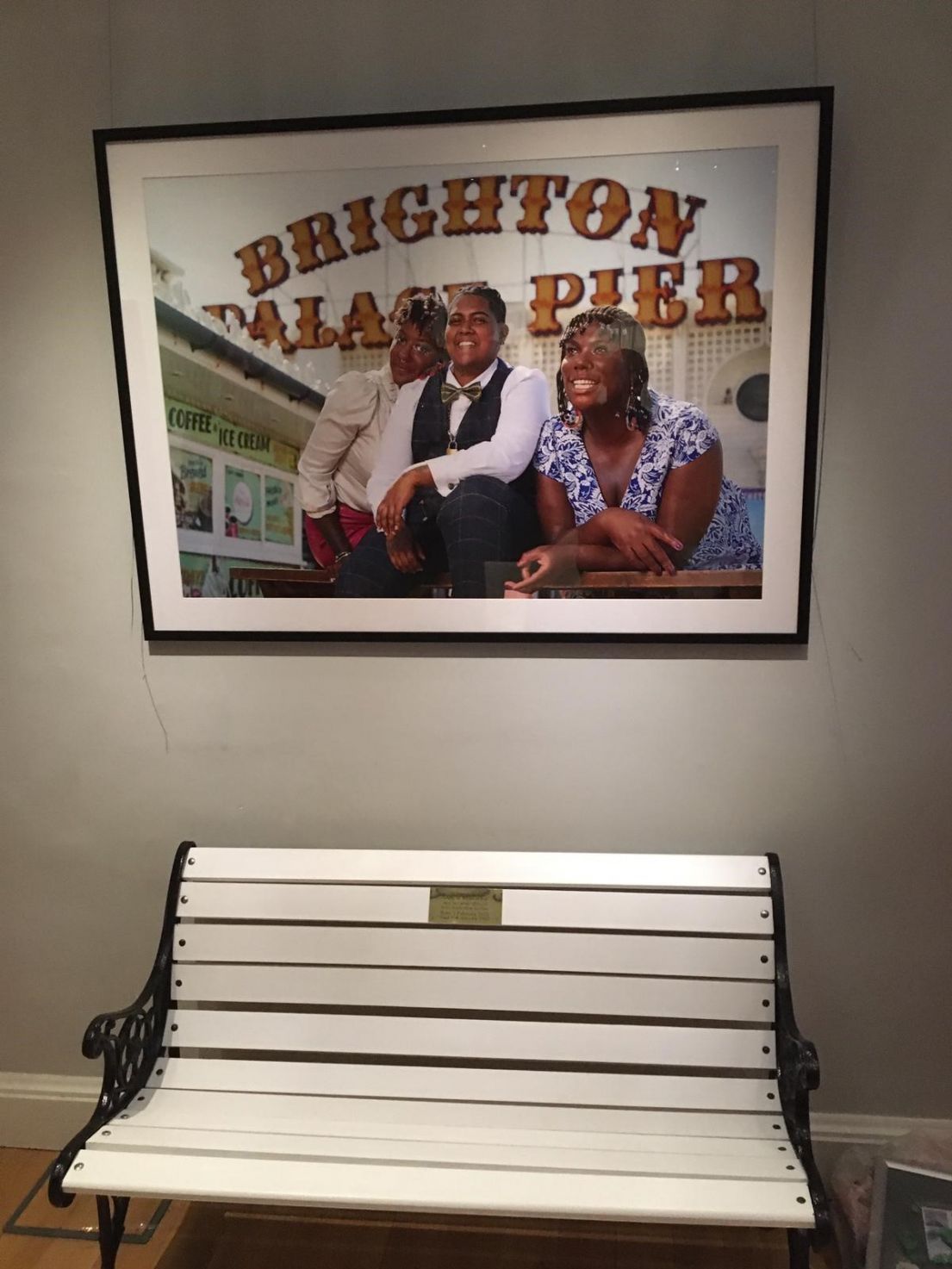 We stepped outside of our comfort zone while building on previous projects: the LGBTQ Museum trail developed in 2013 by colleagues Kelly Boddington and Rob White; Kelly’s yearly LGBTQ History Month programming, and a collaboration with 'Queer in Brighton' (now Queer Heritage South (QHS)) and Allsorts on a small gallery exhibit.

Following an open call, we opened in 2017 with 'The Museum of Transology'. 'Queer the Pier' then developed from a QHS application, working together with an inspiring group of voluntary co curators and curator E-J Scott.

The brilliance of being bold!

This way of work is exciting, inspiring and challenging, it demands a lot of everyone involved. It asks questions about how we define expertise; how lived experience is or is not valued, who public museums represent, welcome and collaborate with. It is a great way for museums to be brave and provocative, to see communities as more than audiences and to really engage.

It is a continuing process with continued learning; seeing the impact of 'Queer the Pier' for the Community Curators, the queues at the door on opening night and the buzz in the Museum is a marker of the success and importance of this collaboration and investment, and for me personally, a vindication that we were right to Be Bold.

Outside of being one of the Community Curators on RPMT's Queer the Pier exhibition - Daren Kay is a freelance copywriter and has just published his debut novel, The Brightonians