Take to the Skies - introducing The Shuttleworth Collection

From ‘sticks and a bit of cloth’, to a symbol of hope and stars of the silver screen - aircraft have given us wings, and changed the way we see and travel the world. Whilst we're grounded during lockdown, today's toast to the nation in recognition of the 75th anniversary of VE Day is a moment to look skywards again, reflect and remember. One man who flew during that war has left us a remarkable collection of 'boxes that fly' that continue to inspire - we spoke to Ciara Harper from The Shuttleworth Collection about their extraordinary aircraft and the stories behind them 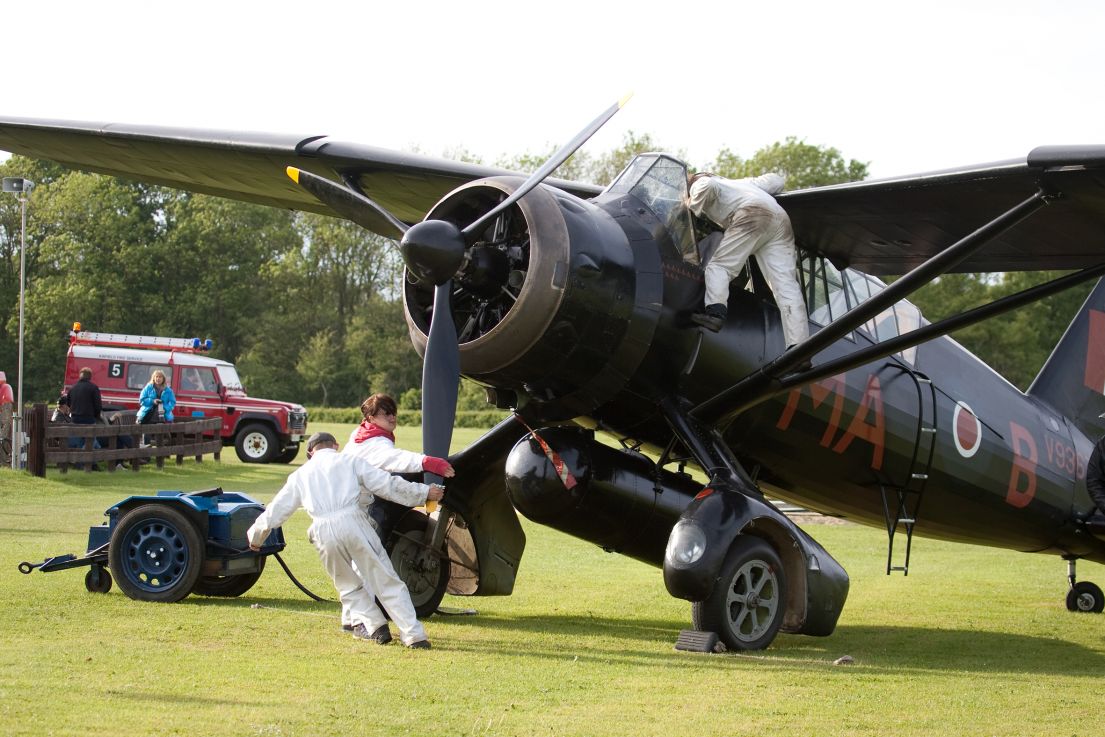 Bedfordshire might not be the obvious choice for an internationally significant collection of airworthy vintage aircraft in Europe; including the largest selection of still flying WWI aircraft, and the delightful early ‘Edwardians’. However the Shuttleworth Estate has six themed aircraft hangars and an engineering maintenance workshop, alongside a treasure trove of airworthy vintage aircraft from 1909-1950, PLUS agricultural and steam exhibits, veteran cars, classic motorcycles, bicycles and vintage buses. Throw in a working airfield, a Regency period Swiss Garden, and the grand 1872 house that was the Shuttleworth Family’s home, and any first time visitor could easily find themselves wondering where to start!

In the beginning, there was a man, and his mum…. 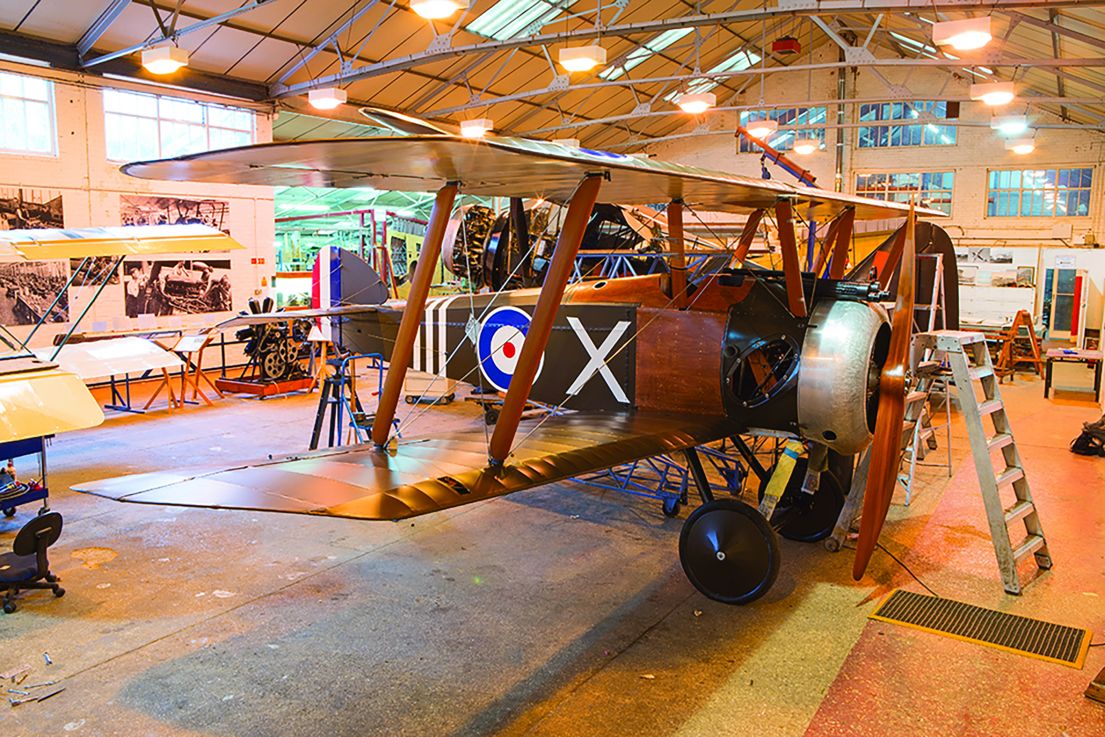 Richard Ormonde Shuttleworth was born on July 16 in 1909, just a matter of days before Louis Charles Joseph Blériot made his successful channel crossing. Growing up in the era of these successes and failures of early aviation, he fell in love with speed and flight. He learned quite quickly that he had a talent for repairing and restoring old aircraft and vehicles and, like men throughout the ages, acquired more projects than he would ever get to finish! After his untimely death on an RAF training flight in 1940, his mum kept the collection as an educational trust in his memory.

Before I came to work at Shuttleworth, I didn’t know an SE5a aircraft from a Chipmunk, so looking at 42 aircraft trying to understand what made them so interesting to my other half was a bit daunting. Now they are all interesting and special to me, but I have put together a whistle-stop tour of the one unmissable aircraft in each hangar.

Hangar one is all about WWI: These aircraft are a mix of genuine and late model reproduction aircraft (which means they were built later, but to the same specifications). The pilots of these aircraft were typically very young men, sat in open cockpits with little protection from the elements. The RAF SE5a was the frontline fighter of this war, and ours saw combat the day before Armistice Day. Keep this aircraft in mind, all will be explained... 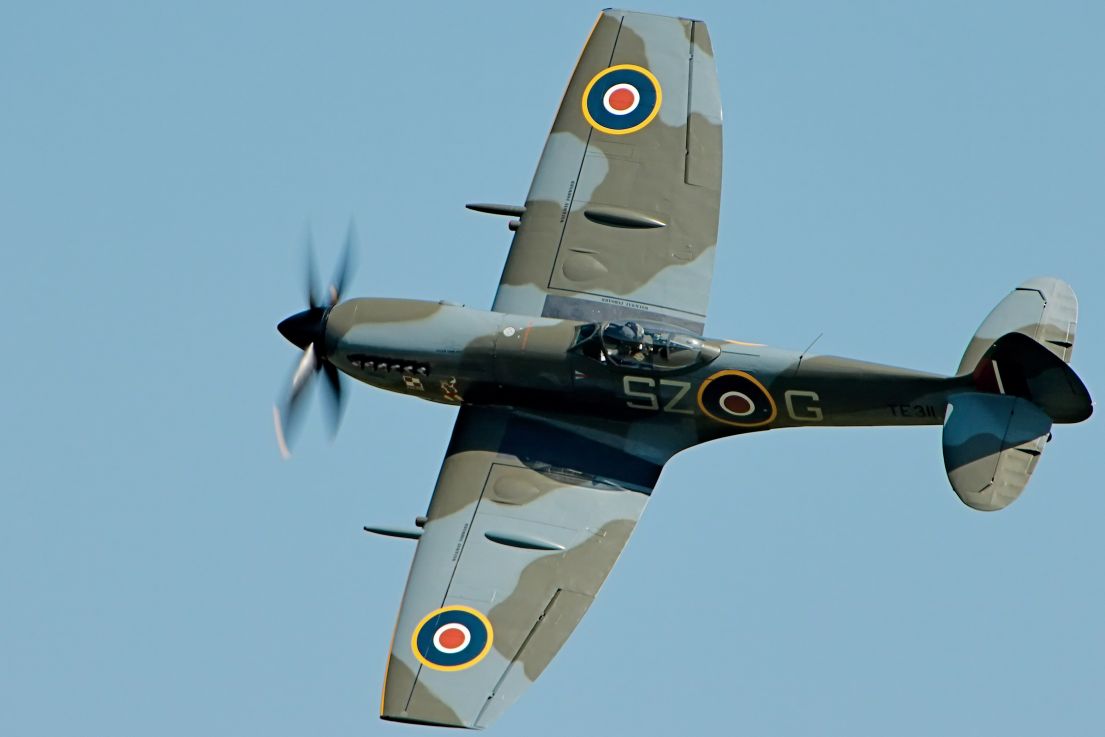 A soaring symbol of hope during WWII / © Airwolfhound, Wikicommons

Hangar 2 is WWII: All the aircraft are iconic, but the Spitfire was this war’s frontline fighter and the sound of its engine is unmistakable. So many visitors tell me stories of seeing these fly over when they were children, and as strange as it sounds now they were symbols of hope that there would be victory, meaning an end to war and a return to peacetime.

Hangar 4 has secrets and stars: Hangar 3 has more recently become more filled with our buses and agricultural vehicles so instead I’ll pick two from hangar 4. The first aircraft is the distinctive Westland Lysander, the type used to undertake secret missions landing in French fields by moonlight aided by the French resistance to drop off and rescue agents. One of only two left in the world still flying, our Lysander has been used in filming with David Jason, and Ewan and Colin McGregor – all very popular with the staff and volunteers. 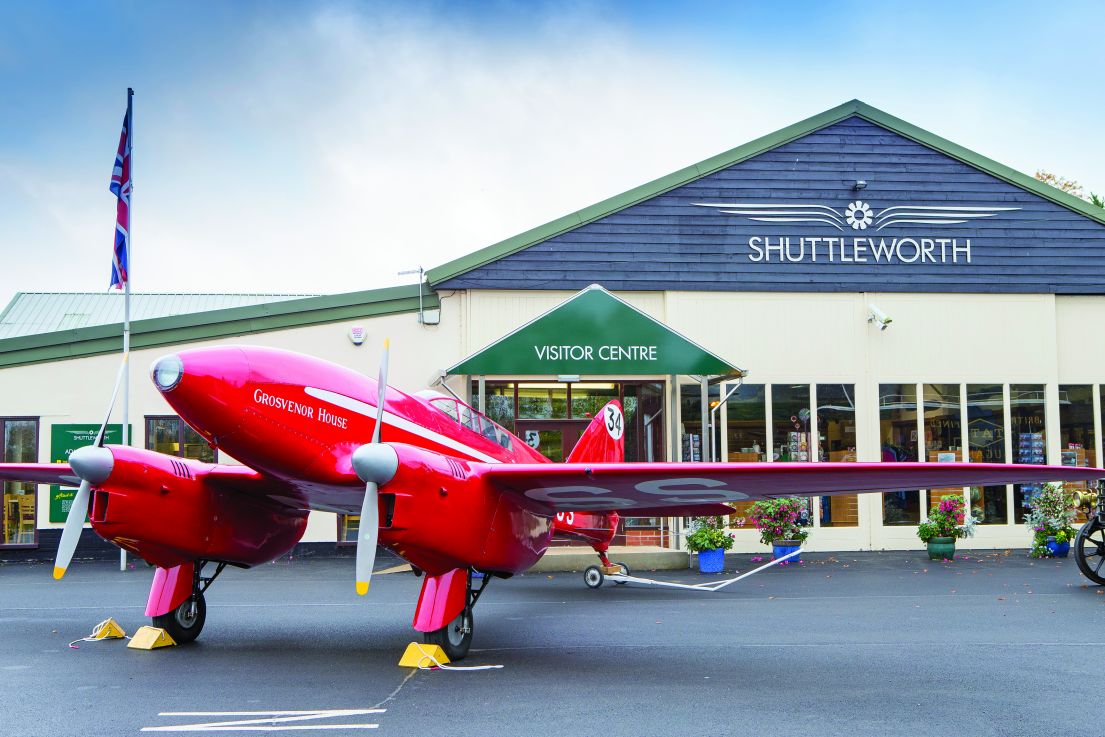 A racing ride, not for the faint hearted! / © Darren Harbar Photography

Over in the corner of the hangar sits a gorgeous bright red aircraft. It’s big, it’s a sleek shape, and it just looks eye-catching. This is the 1934 DH88 Comet, built by de Havilland for the MacRobertson air race. It won, in just under 71 hours, flying from Mildenhall in Suffolk to Melbourne in Australia. It’s one of only a couple of twin engine aircraft here in the Collection, and only three of our pilots can fly it. With very little visibility for the pilot while taxiing on the ground, it’s a fast aircraft that takes a lot of skill to land in on our grass runway. Not for the faint hearted!

Hangar 5 has boxes that fly: It’s time to compare the SE5a (hangar 1) with these Edwardian wonders that look as if they have been made from sticks and a bit of cloth. The 1909 Bleriot is the earliest aircraft that still flies anywhere in the world, and it’s closely followed by the 1912 Blackburn Monoplane, which is the oldest British aircraft still flying. But it’s the Bristol Boxkite that immediately grabs your attention because it’s just so big and unwieldly looking. The pilot needs a ladder to climb up into it, and the cockpit is so basic that it doesn’t look as if there is anything much to control the aircraft with. I get asked every time – does it really still fly?! Yes, and quite well actually, providing there is little to no wind as it is effectively a big kite. 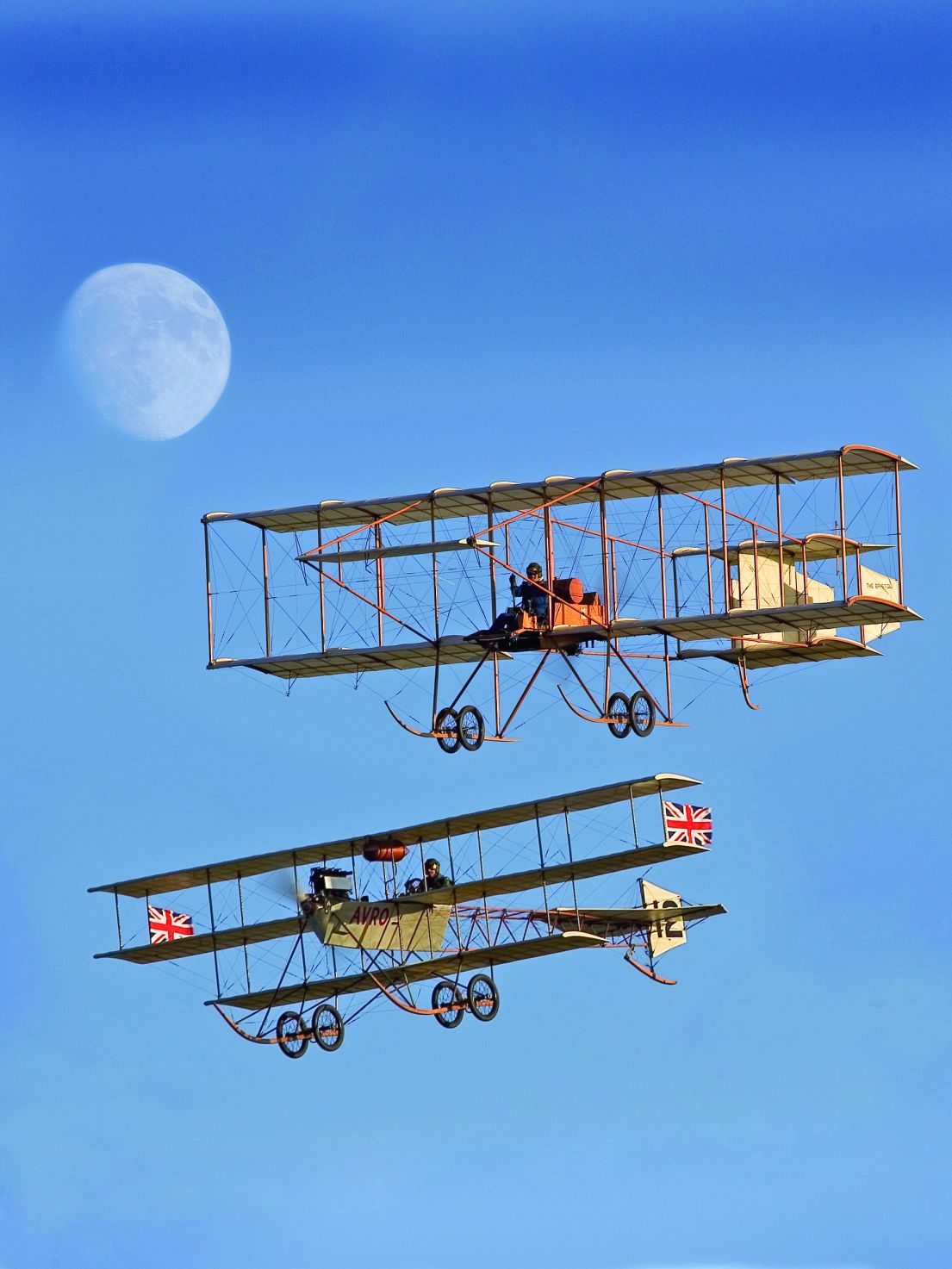 Star of the silver screen: Last hangar and at the far end is an autogyro “Little Nellie”, best known for appearing in the James Bond film You Only Live Twice”. Owned by the Ken Wallis foundation, it has enough stories of its own to fill an entire book.

Ciara is Head of Marketing & Communications, with responsibility for Education. Before joining Shuttleworth she was a graphic designer before gaining her BA Hons in Communications & Film. After undertaking an MA in Art History through the Open University Ciara changed career paths to marketing in the education and then heritage sector. Passionate about creating the best visitor experiences, Ciara also loves working with volunteers, it’s one of the best parts of her job.