The Lawnmower – an accidental invention

Those perfect stripes of green, essential to our image of tennis courts, cricket pitches or palace grounds. Only possible though because of an accidental discovery by one inventor. Something considered so outlandish at the time that he tested it in the dark to avoid laughing eyes!  Now though the lawnmower may take its place as a mechanical marvel worthy of high esteem in the history of invention. Here to tell us more, and introduce us to a stunning (and often surprising!) collection, is Brian Radam, Curator of the British Lawnmower Museum. 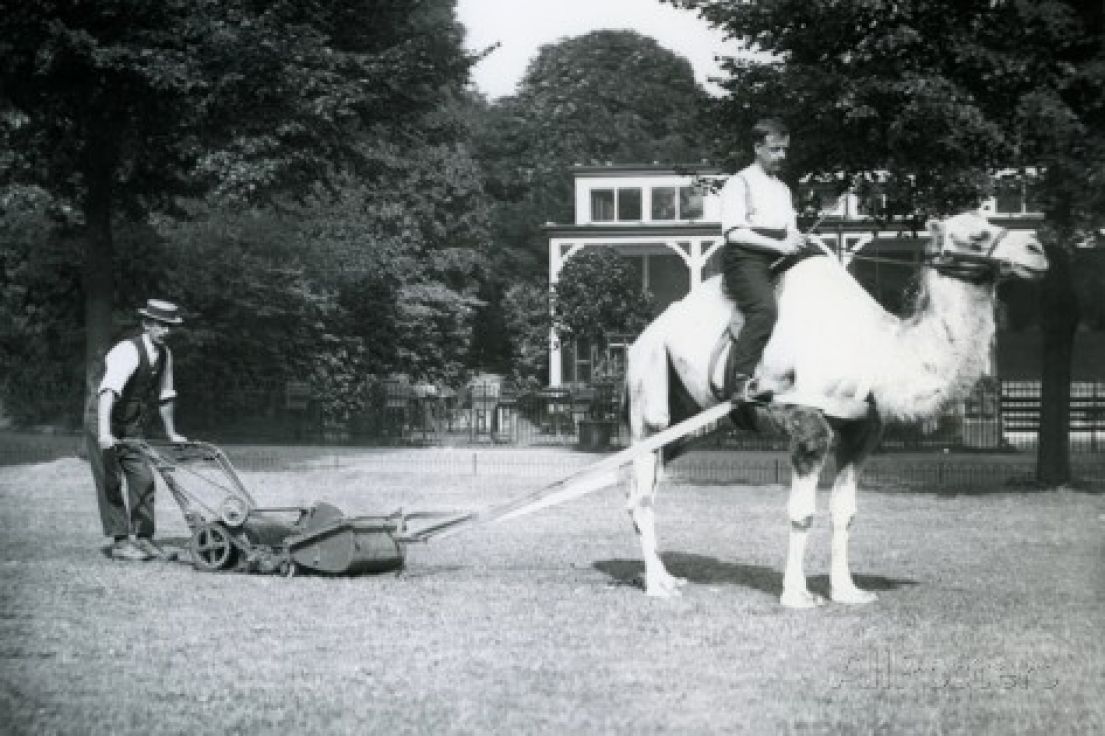 The British Lawnmower Museum was set up due to watching the sad demise of the British Garden Machine industry once the biggest & best in the World. There are now over 300 special rare machines and memorabilia on display as part of the 1,000 machine collection. Including names such as Rolls Royce, Royal Enfield, Vincent, Hawker Sidley & British Leyland. See the biggest, the smallest, the most expensive, the fastest, even the first Robot Lawnmower costing £1million to develop. 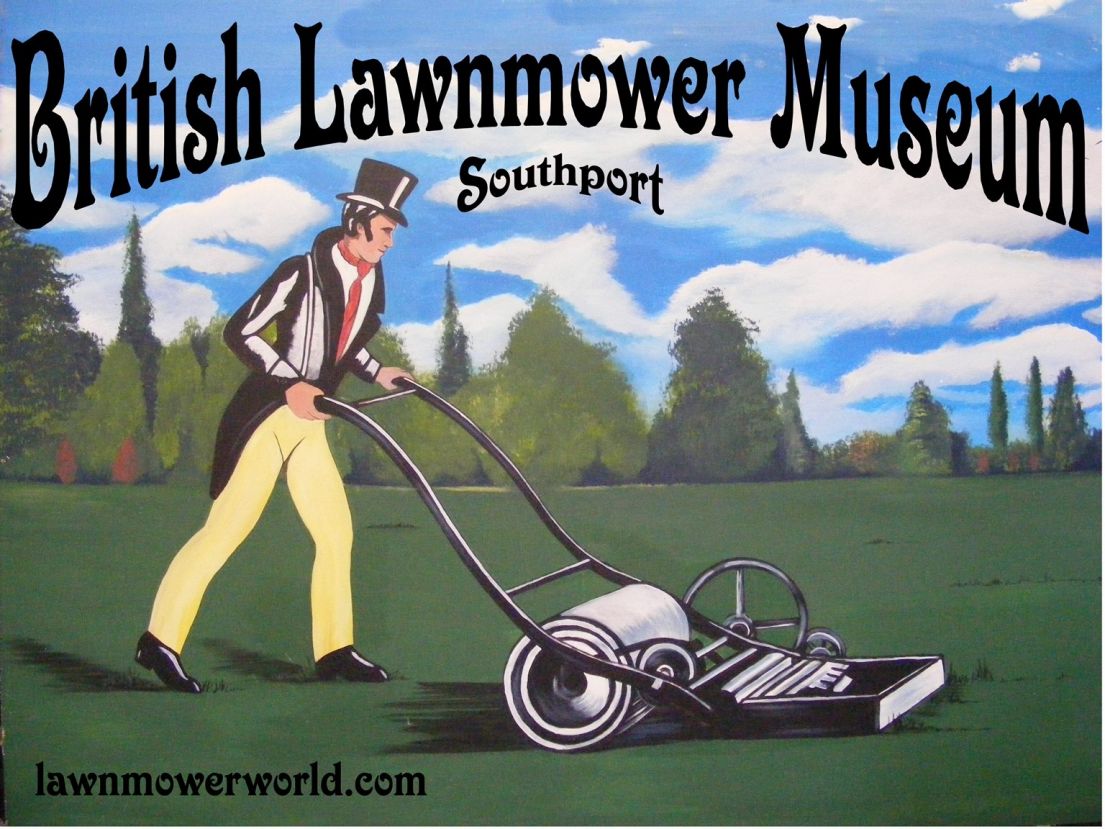 The first Lawnmower was patented in 1830 by Edwin Beard Budding. Edwin never set out to make a Lawnmower. While working in a woollen mill in Stroud, Gloucester, the mill owner received an order for Guardsman’s uniforms - he wanted the cloth to be perfect and smooth. He asked Edwin Budding who had a reputation of problem solving, to make him a machine that would cut all the tufts & bobbly bits off the cloth. What he devised was ‘a spinning cylinder blade over a fixed blade’.

Whilst testing his machine Edwin found it also cut grass very efficiently, so he started to make his strange contraption with the engineer next door to the mill. However people thought Edwin a madman and a lunatic for making such a strange contraption - who would want it?! Consequently he had to test his machine at night so not to be seen. Eventually he brought it out onto the market pronouncing ‘Gentlemen will find in using my machine an amusing & healthy exercise  -  plus do the work of eight men’.

After almost 200 yrs Edwin Budding’s invention has never changed or been bettered and is still the preferred machine to adorn the great lawns of Palaces, football, golf, cricket, tennis and bowling greens all over the globe. Although we now buy millions of lawnmowers every year, Edwin sadly died penniless, never knowing how popular his lawnmower was to become. 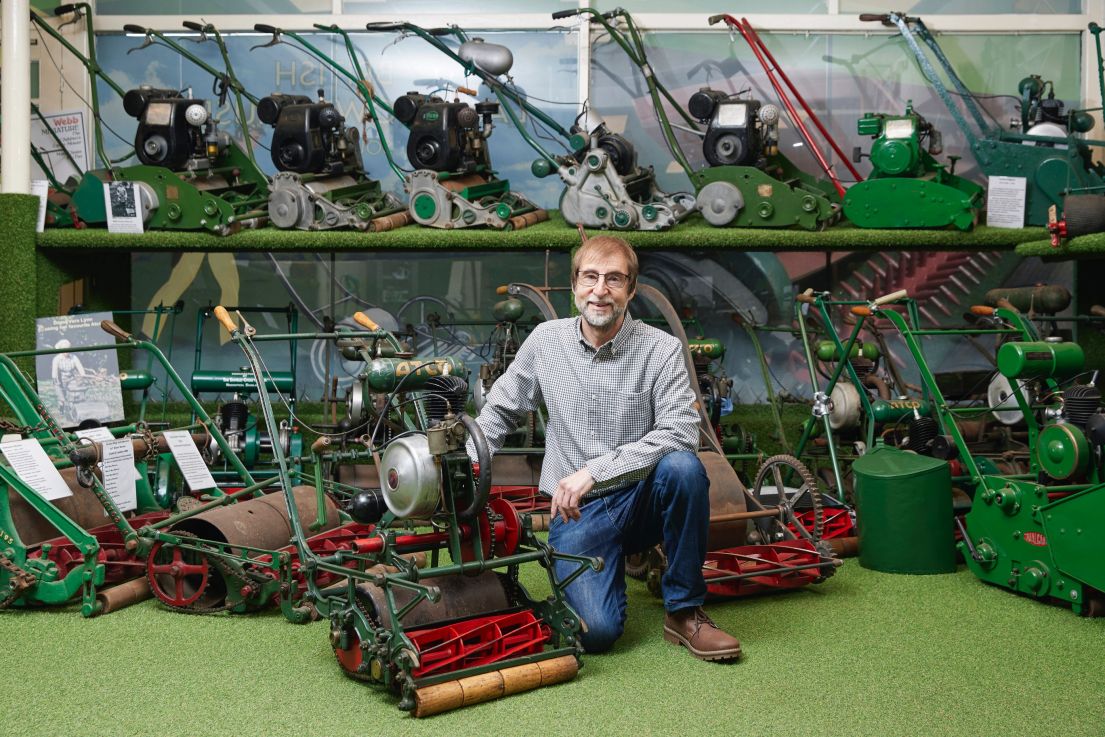 Many machines in the collection have their own story and character. Each was made for a specific job and every model has its own unique sound, quirks and character. So it’s hard to choose between say an 1870s 6inch wide muscle powered ‘Multum in Parvo’ (Latin for ‘with little much’) made before the chain or petrol engine was invented, designed to mow between grave stones or mark a tennis court out. Or the new innovative ‘Silens Messor’ (Latin for silent cutter) the first machine to be fitted with a chain, rather than heavy cast iron gears. This model was entered in the Guinness Book of Records for not changing its design for 70 years. The machine was perfect so any alteration would have just cheapened it, consequently many are still going over 140 years later. These models were made in man sizes - One Man, Two Man, Donkey, Pony, Horse, Camel and Elephant Lawnmower. The camel being perfect as their hooves did not leave hoof prints in the pristine lawns. 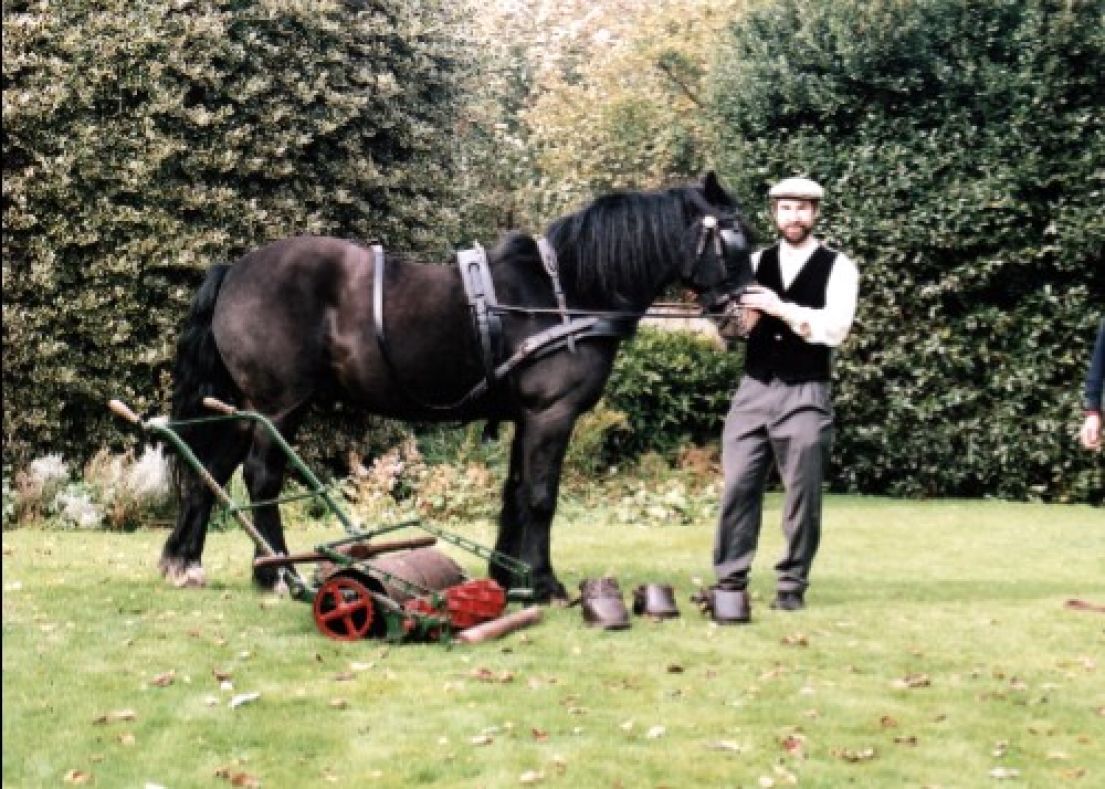 An interesting call once came in from a 96yr old lady with a tale of being driven in a horse and carriage as a child, the coachman using the same horse to pull the lawnmower. She showed us the leather boots the horse was shod with, so as not to make hoof prints in the pristine lawn. She also explained that the coachman didn’t want the horse to pee over the freshly cut lawn, so used to steer the horse along with trailing mower to the bushes where he would sound a whistle. The horse would relieve itself and fertilise the bush, then they could continue mowing the lawn. To us the 120yr old boots look perfect, however the lady was a little ashamed as in the centre was stamped ‘2nd quality’, whilst she remembers a neighbour having 1st quality boots for their horse to tramp round a muddy field. 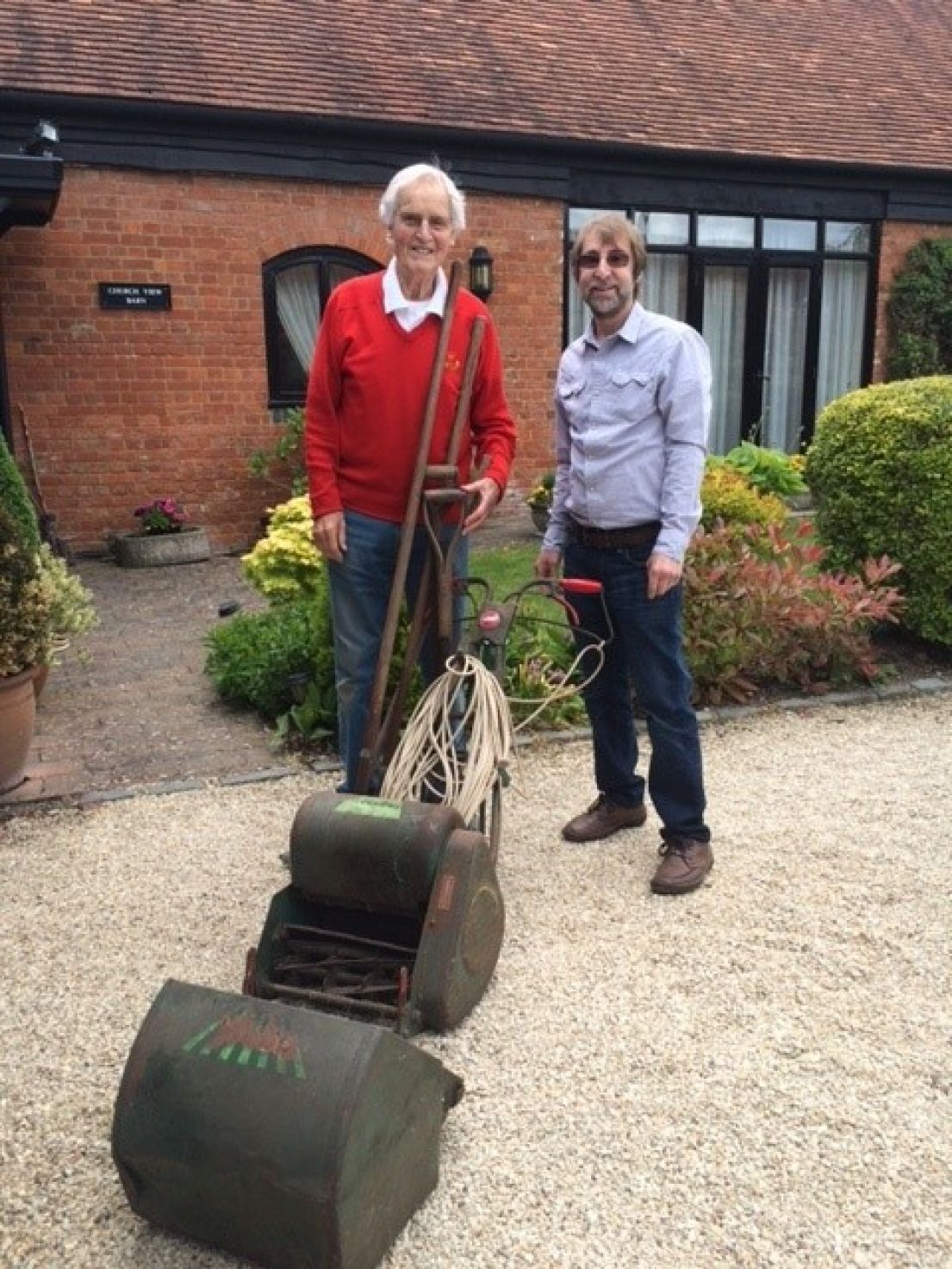 As far as surprises go, it’s not often that Brian May (from Queen) or Nicholas Parsons ring up asking if I would like their lawnmowers! Brian May said his machine was the ‘Gilbert Harding’ of mowers, it didn’t complain too much and had done sterling work. He wanted it to have a happy retirement and wished the same for himself when he retired. Other mowers with famous owners in the collection include pieces belonging to the last hangman, Albert Pierrepoint, Top Gear’s James May, and royalty of the comic (Eric Morecambe), and sovereign variety (Prince Charles).

So if you're looking for something completely different, take a visit to the multi award winning British Lawnmower Museum, for a unique experience that’s right at the cutting edge!