'Are you ready for adventure?' asks Alice Mannion from the Association of Community Rail Partnerships as she takes us round the regions by rail. Being frequent train travellers (as regular readers will know!) we jumped at the chance to get the inside track on the best ways to tour the country. Hop aboard with Alice and let's explore! 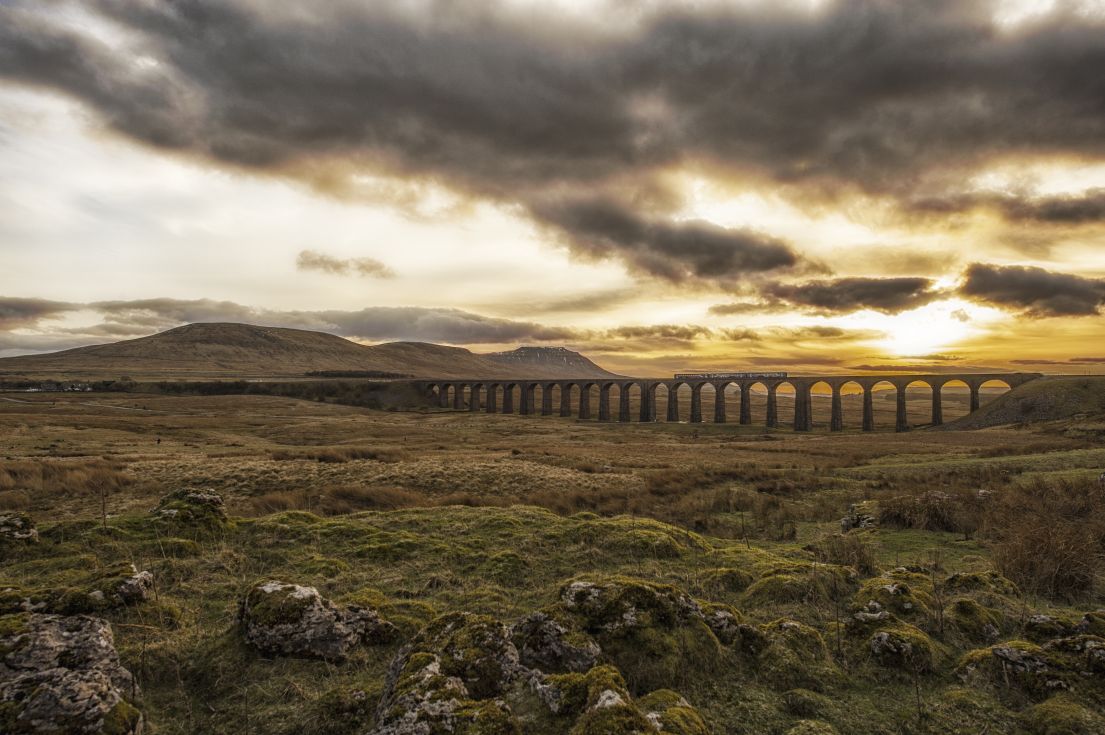 © Colin Barker - The Ribblehead Viaduct never fails to impress, whether looking up from a walk or down from the train!

Are you ready for adventure? Explore Britain by rail, travel on some spectacular train journeys and make your journey part of the experience.

Journey through quaint villages and rolling countryside, along picture perfect coastal routes and through the heart of rugged mountainous landscapes. There’s so much to discover the hardest part will be deciding where to go first. But don’t worry we’re here to make that decision a little easier with some regional highlights.

Let’s start in the south, with what is considered to be one of the most scenic railway lines in Britain, the St. Ives Bay Line. This small section of railway connects the Cornish village of St. Erth with the seaside resort of St. Ives and boasts spectacular views from the train window as the line sweeps along the coast. 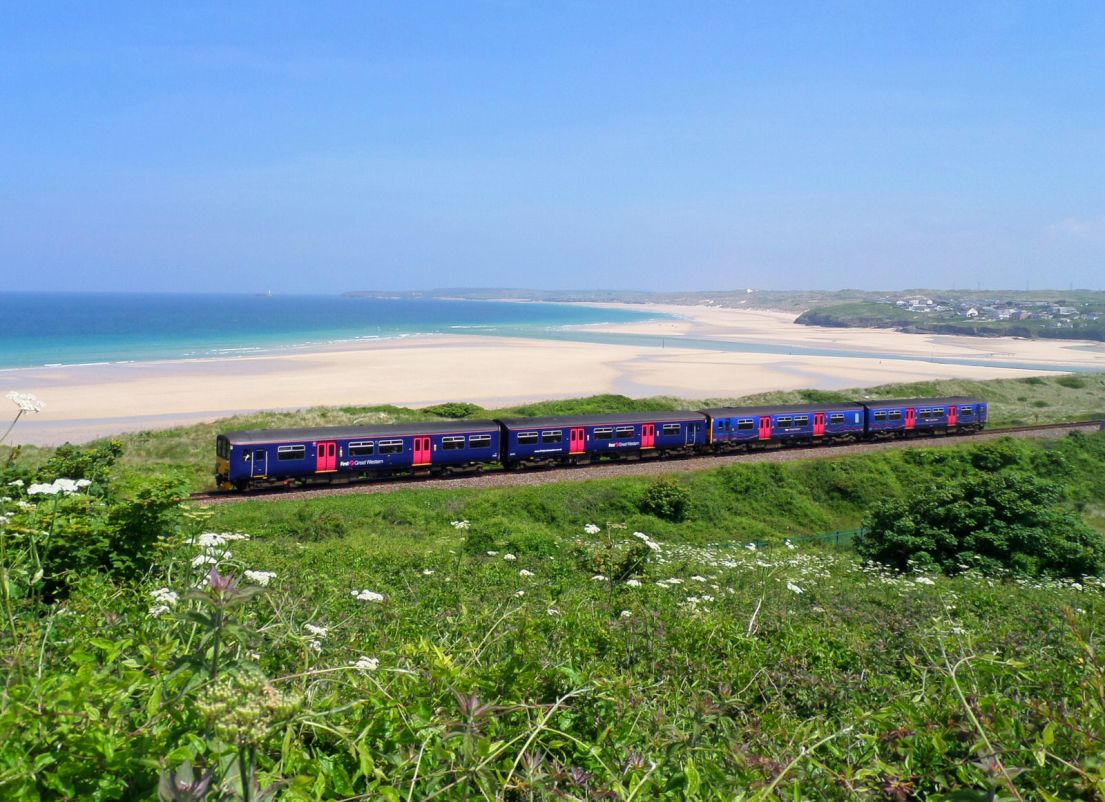 St Ives Bay Line - is this the most scenic in Britain? © Mark Lynam

Staying in the south but heading east you’ll find the picturesque Arun Valley Line. Don’t forget your walking boots as three stations along this line offer unparalleled access to the South Downs National Park, ideal for exploring the walking and cycling, wildlife and the great outdoors. History lovers will enjoy visiting the impressive Arundel Castle (look out for it from the train window!) and the Gothic style Cathedral in the centre of town will not disappoint.

Head into Derbyshire and explore the Derwent Valley Mills World Heritage Site by train along the Derwent Valley Line. Leave the train at Matlock Bath and catch the cable car to see panoramic views of the surrounding countryside from the Heights of Abraham. After first opening its gates to visitors in 1780's, the Heights of Abraham was only accessible to those who could scale the steep slopes of Masson Hill, since 1984 visitors have been able to catch the cable car making it a lot more accessible! Travelling with the family? Make sure you download the exciting family activity book packed full of things to see and do along the railway line.

Look out for the castle from the Arun Valley Line, worth stopping off to visit, there's a cathedral too! © Sussex Community Rail Partnership

The Bittern Line is a gem of a railway located in the east of England. Running from Norwich, the line connects the city with the coast and passes through the Broads National Park. You may even catch a glimpse of the North Sea from the train window! The line comes to an end at Sheringham, but your journey doesn’t have to stop there! From here you can catch the superbly restored North Norfolk Railway which runs steam and diesel services to Holt.

Next we head north for a journey on the impressive Cumbrian Coast Line. Pack a picnic and settle in as your train hugs the shoreline of the Irish Sea. Mountainous landscapes and lush countryside mean you can’t help but look out of the window! 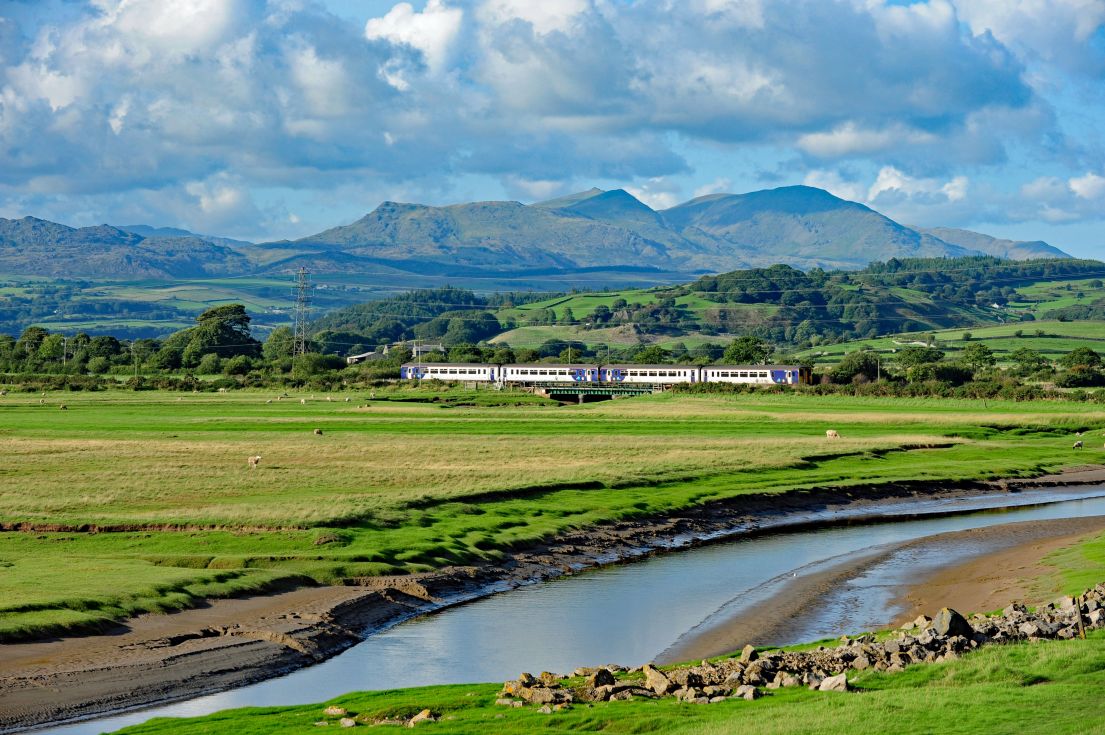 Finally, we reach the north east and just as we started, we have another line that is considered to be one of the most scenic lines in Britain, the Settle to Carlisle Line. The railway passes through the Yorkshire Dales with many charming stations leading to market towns and quaint villages. Grab your walking boots and explore further on foot, following one of the many self-guided walks starting at railway stations along the route. Did you know Ribblehead Viaduct is 400m (440 yards) long with a total of 24 arches?

End of the line - or just the beginning?!

That’s it, we’ve reached the end of our whistle-stop (pardon the pun!) tour of England by rail. These are, however, only a small selection of the many scenic railway lines available across the country. Don’t forget there are some notably scenic lines in Wales and Scotland too, but we’ll save them for another day!

So what are you waiting for? Visit Scenic Rail Britain, get planning and don’t forget to pack your camera!

Did you know... many of the scenic railways we feature on Scenic Rail Britain are supported by community rail partnerships? There are about 64 community rail partnerships across Britain, working along railway routes to connect communities with the railway, train operator and other partners. They deliver a range of activities to engage and benefit local people and support the development of the railway. There are also more than 1,000 smaller community rail groups such as station friends, adoption groups or social enterprises that often involve volunteers ensuring the station is a welcoming and productive hub for the community.

The Association of Community Rail Partnerships provides support and advice to the community rail movement through our membership. We share good practice and connect community rail partnerships and groups together, while working with government, the rail industry, and the wider voluntary and community sector to champion community rail.

Alice is the tourism and heritage officer at the Association of Community Rail Partnerships and the project manager of ScenicRailBritain.com. She is often found travelling across the country by train, highlighting the benefits of rail tourism, working with communities to attract more visitors along their lines and taking lots of photographs from the train window!