Bringing Back the Banner

Today we shine our spotlight on 'Bringing Back the Banner' in Burradon. We talk to Chris Wray, secretary of the Burradon and Camperdown Forum, who tells us the inspiring story of how a group of local residents banded together to preserve their local heritage and reinvigorate their community spirit by restoring their historic pit banner. The new banner will be unveiled later this year for Heritage Open Days. 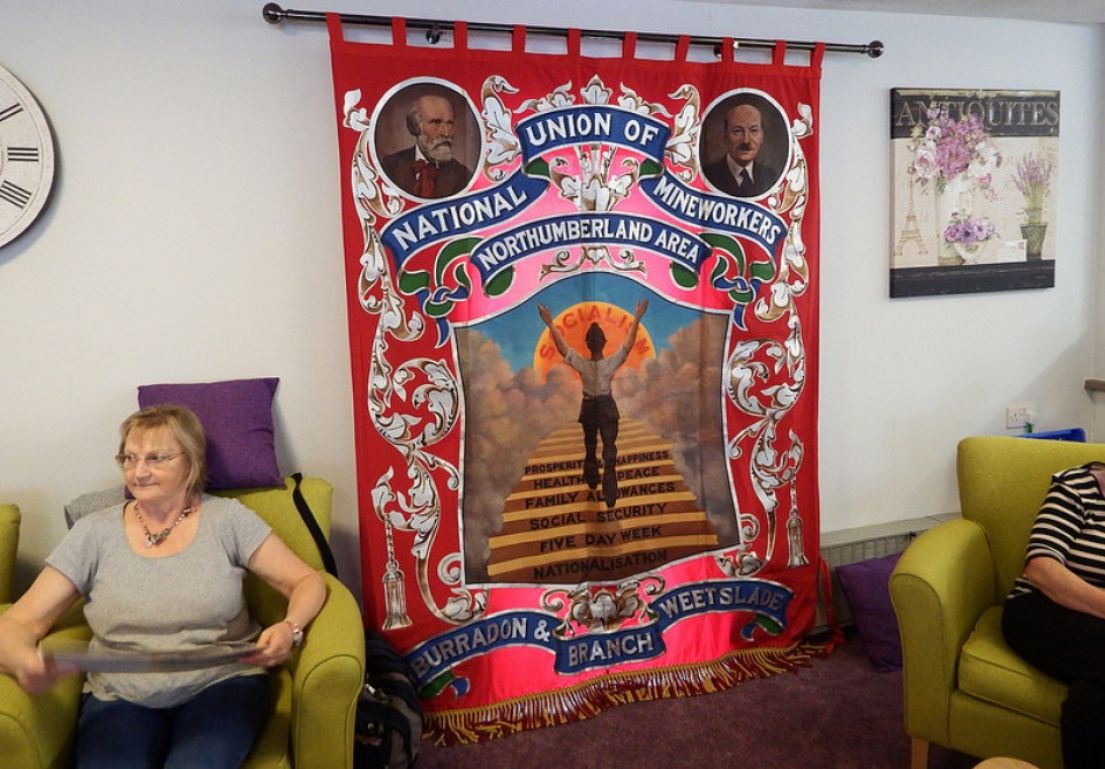 Tell us a little about the history of pit banners. 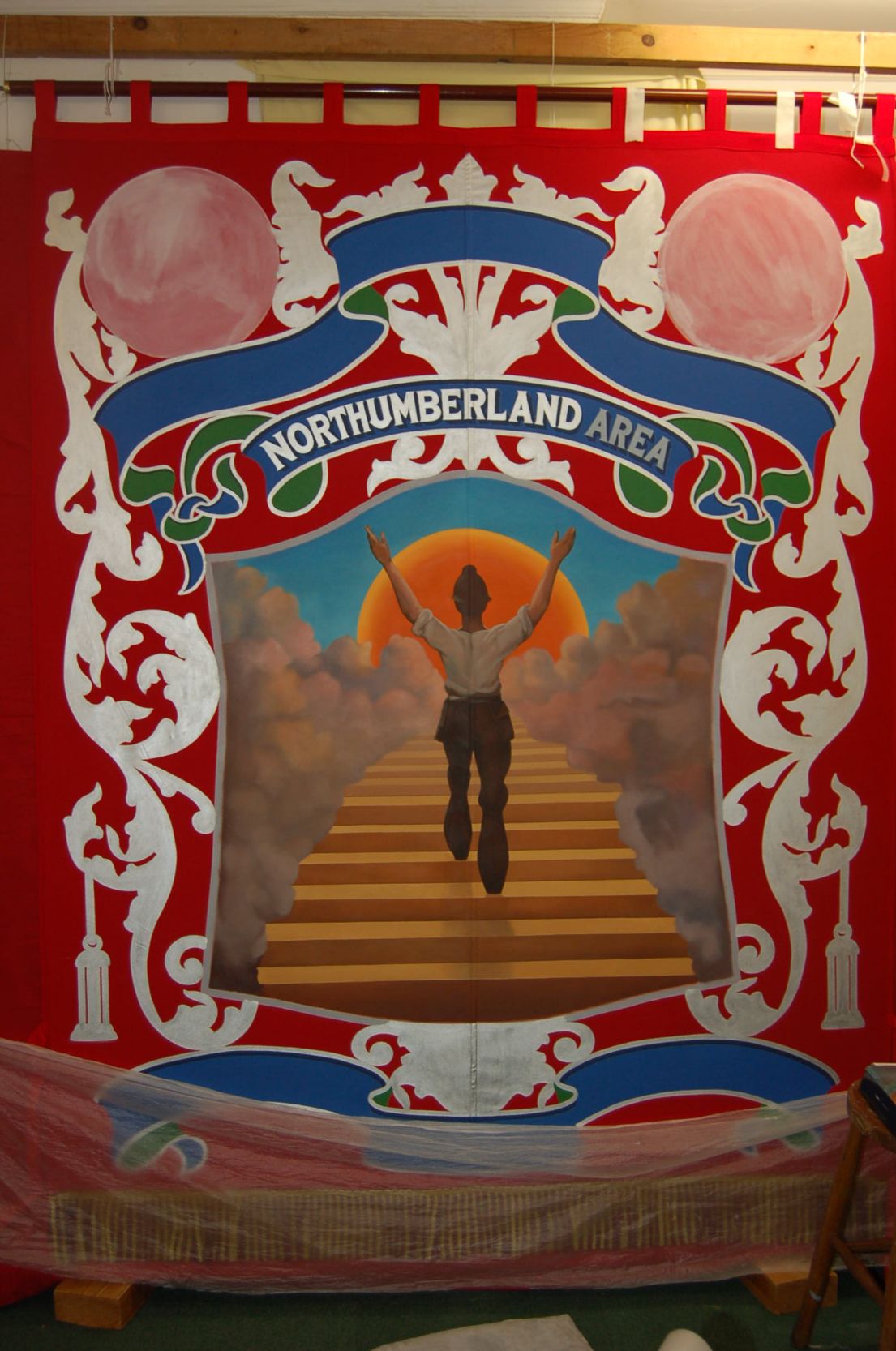 The production of the replica banner, © Alan James

Around the middle of the nineteenth century pit banners were used to unify and rally the communities in the coalfields. The banner was a public display of a cry for justice. The life of a miner was cheap. The death toll in explosions and other disasters was horrendous. Miners were becoming more educated and less insular, although there was always a strong spirit of community in mining areas. The mining banners were paraded at the picnics, or galas, and were outward displays of the increasing confidence and solidarity among the mining communities.

Why do you treasure the banner?

The banner is the last artefact of our mining heritage. It has drawn all age groups of the village together which was clearly demonstrated with the attendance of 150 from our community at the Durham Miners Gala last Saturday. There were young children, young parents and pensioners carrying the banner during a four and a half hour march and the reaction and comments of their pride were written on Facebook. We are proud of what we have acomplished and our mining heritage. We are proud of the banner and the reconciliation of the different generations and the preservation of the community spirit.

What's the background to the recent campaign to get the banner restored?

The Burradon & Camperdown Forum is a charity and community group which formed in 1997 with the aim of reviving the social and economic prosperity of the village of Burradon. The village had suffered greatly after the closure of the colliery in 1975. We found a plethora of social issues confronting the village. The restoration of the village's mining heritage we thought crucial to resolving these issues; reviving the civic pride we once had and providing a foundation to allow us to sustain the community spirit of the village into the future. 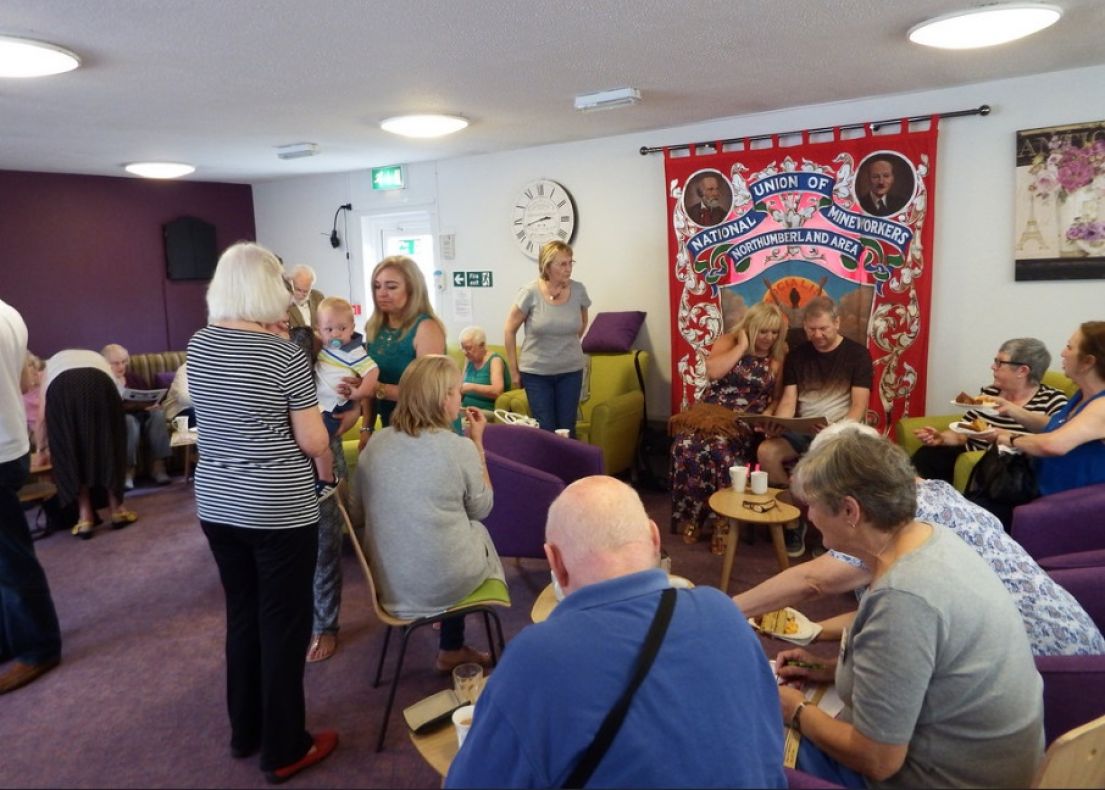 It was the closure of Burradon Social Club in 2014 which launched the recent campaign. The venue had housed the original banner, which was in a deplorable condition following years of neglect, and was the centre of our community gatherings. The torn fabric of the banner became a metaphor for the rupture to the fabric of our community following the loss of the social club. Seeing community spirit in disarray, the restoration of the banner was used to galvanise the community and prevent the decline of the spirit of the village.

We achieved this goal. Receiving £61,200 from the Heritage Lottery Fund in 2015, the banner has been restored and a replica banner has been commissioned, with the project now coming to an end, late 2016.

What can visitors can get excited about this September?

For the first time since the completion of the restoration process, the 1954 banner will be on display for the entire community to see: its official unveiling taking place on 9 September 2016 at Burradon Primary School. Heritage Open Day visitors will be able to view all we have achieved: the restored banner and replica, the 1860 Disaster Scroll, the memorial to commemorate the 150th anniversary of the 1860 mining disaster and the Roll of  Honour to the miners that died in the First World War. We will also be creating pop up banners with images of the restored War Memorial Cottage, The Pit Wheel and the memorial in remembrance of 9th century radical campaigner John Baxter Langley for the event.