Digging up Britain: From Prehistory to Industry

From Prehistory, to the Romans, and the Industrial Revolution, journey through time this September as you uncover the history of our nation. We have a range of events with links to archaeology, enabling you to interact with valuable material culture and uncover the ingenuity and design of the past. Here are some events to get you started on your historical trail… 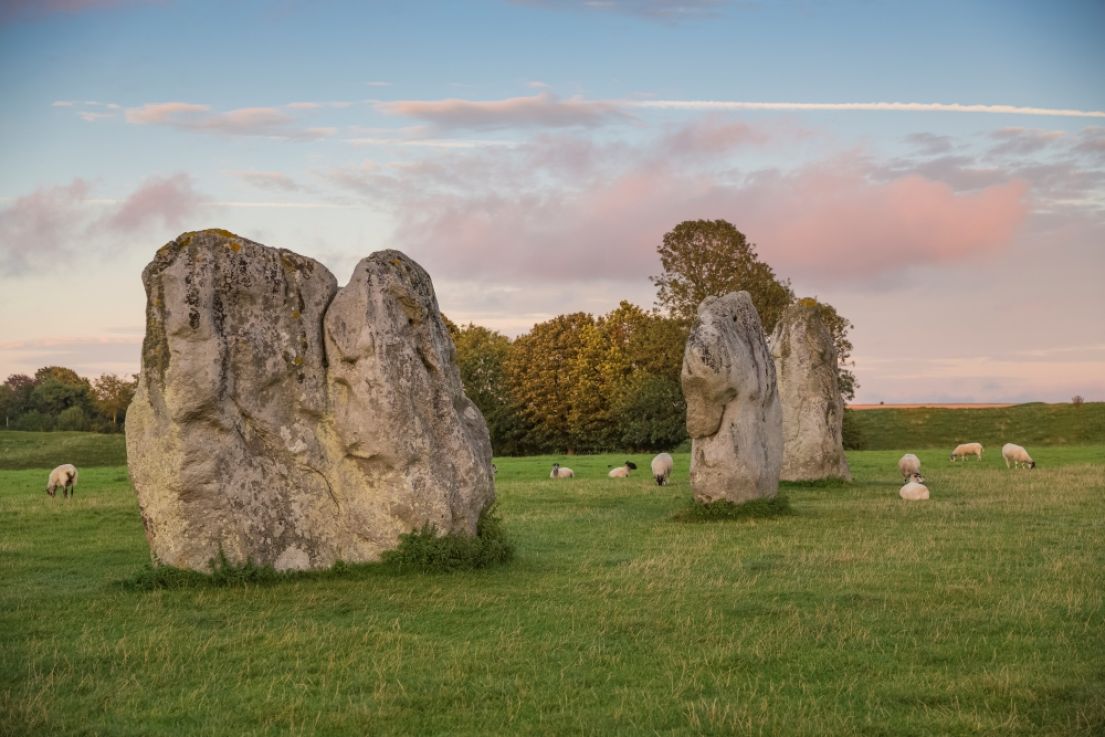 Our first stop is Prehistoric Britain, where, over the course of the third millennium BC, during the Neolithic or New Stone Age, a series of stones were raised to form three larger circles known as Avebury Henge, a site of tourism and religious significance. During the festival, visit Avebury National Trust, part of the Stonehenge and Avebury World Heritage Site, to explore an outstanding Neolithic and Bronze Age landscape. Wander amongst the standing stones and visit the Alexander Keiller Museum, displaying some of Avebury’s most interesting artefacts. For all Prehistoric enthusiasts, this is not to be missed. 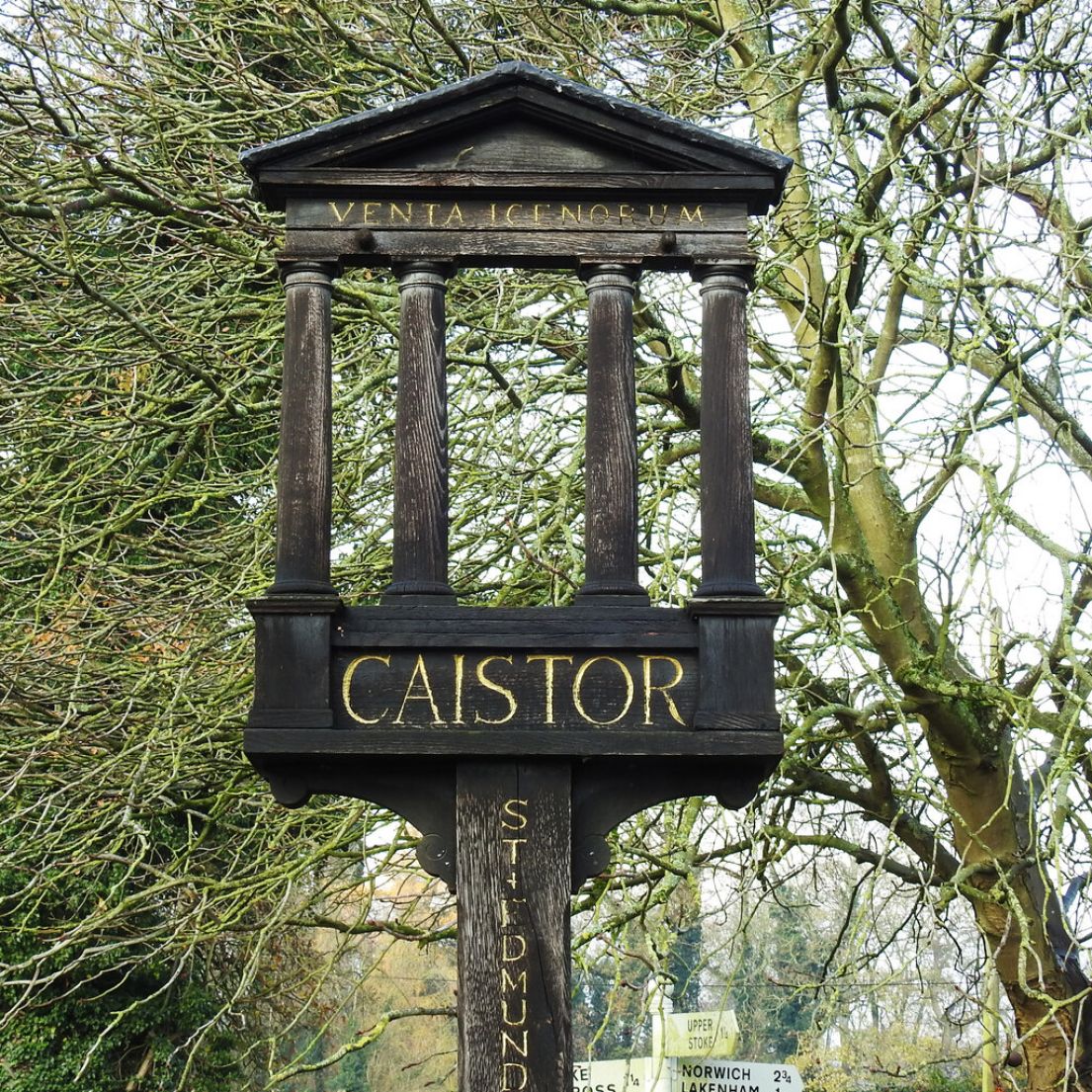 Journeying on we reach Roman Britain and Venta Icenorum, the largest Roman settlement in East Anglia. Constructed between the AD70s until the 3rd century AD, evidence of an amphitheatre, temple, baths, a basilica and forum remain.

The Caistor Roman Project has approached the site with a view to extend general knowledge of the Romans who occupied its land, as well as those who came after. A visit to Caistor reveals how the excavations here have expanded archaeology as a discipline since the mid-19th century, and shaped our understanding of this key moment in history. 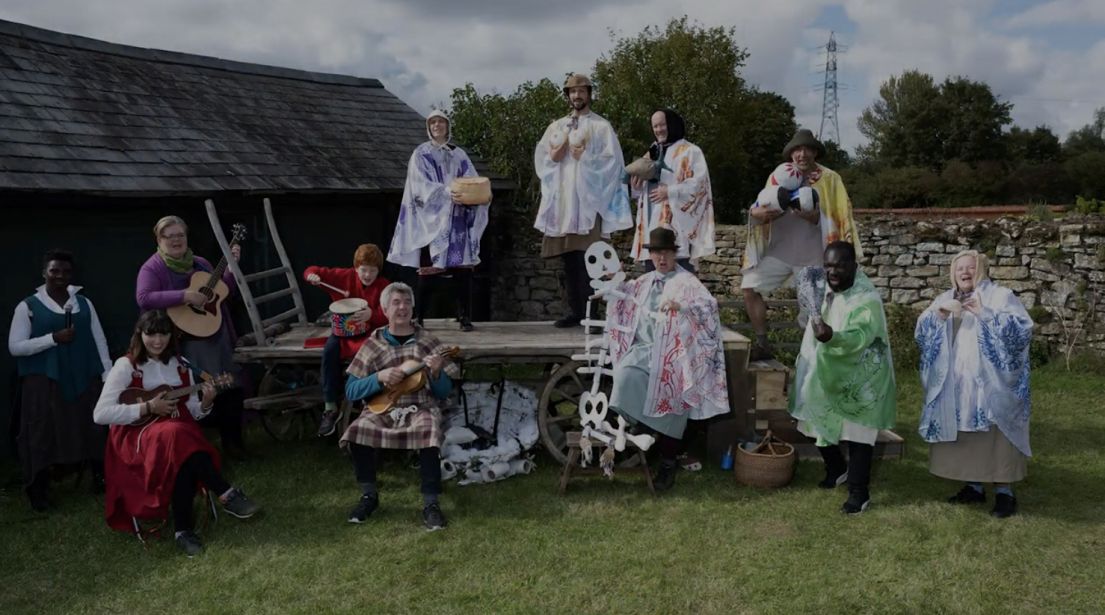 The transition from Romans to Saxons to Normans fundamentally transformed England. Known broadly as the Medieval period, the designation “Dark Ages” serves it an injustice; warfare, revolt, and plague tell only part of the story The other part is a story of ingenuity and design, an acceleration of architecture, science and literature that we’re still uncovering.

So what better way to celebrate this era of creativity than to join Bradwell Abbey’s Medieval Family Fun Day? Revitalising this overlooked period, the team present a range of activities that bring the past back to life. Visit stall holders and re-enactors, listen to live readings of Chaucer, and learn about the team’s archaeological finds at the Abbey. This Medieval day showcases a time beyond the “Dark Ages,” one of social, cultural and economic growth, and, importantly, shows that history was fun! 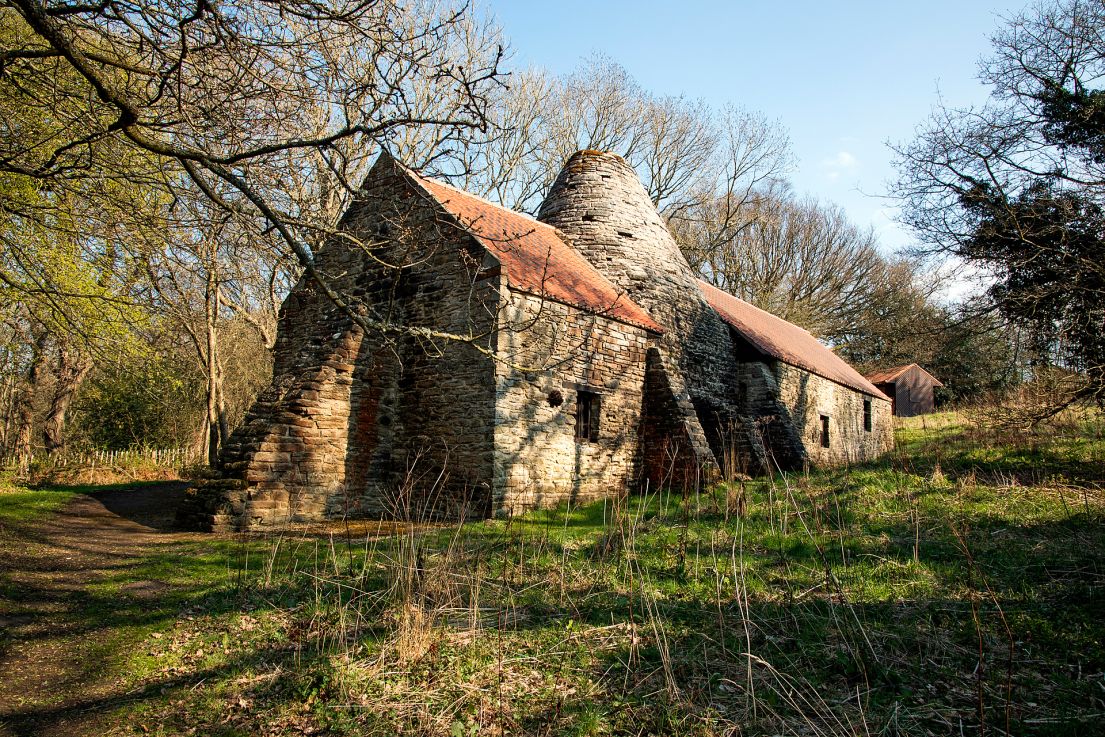 The Industrial Revolution has left the most obvious material evidence of the past in our landscape. Built around 1730, Derwentcote Furnace is one example. Recognised as the earliest and most complete steel-making furnace from the initial stages of the Industrial Revolution, Derwentcote played a crucial role as part of northern England’s network of iron and steel producers, supplying the finest steel in Europe. Eventually, competitors and new production methods caused the furnace’s decline, only to be restored a century later by English Heritage.

During the festival, Derwentcote’s doors will open in a rare opportunity to discover more about the building that powered England’s industrial age. Knowledgeable guides on site will tell the furnace’s story, or, take a tour for yourself, and walk around the former location of workers' cottages and the water wheel, both sites of recent archaeological investigation.

Help uncover the past

That brings us up to the present. To round off our historic trail, here are some events offering hands on experience, hoping to uncover new material and inspire the next generation of archaeologists. 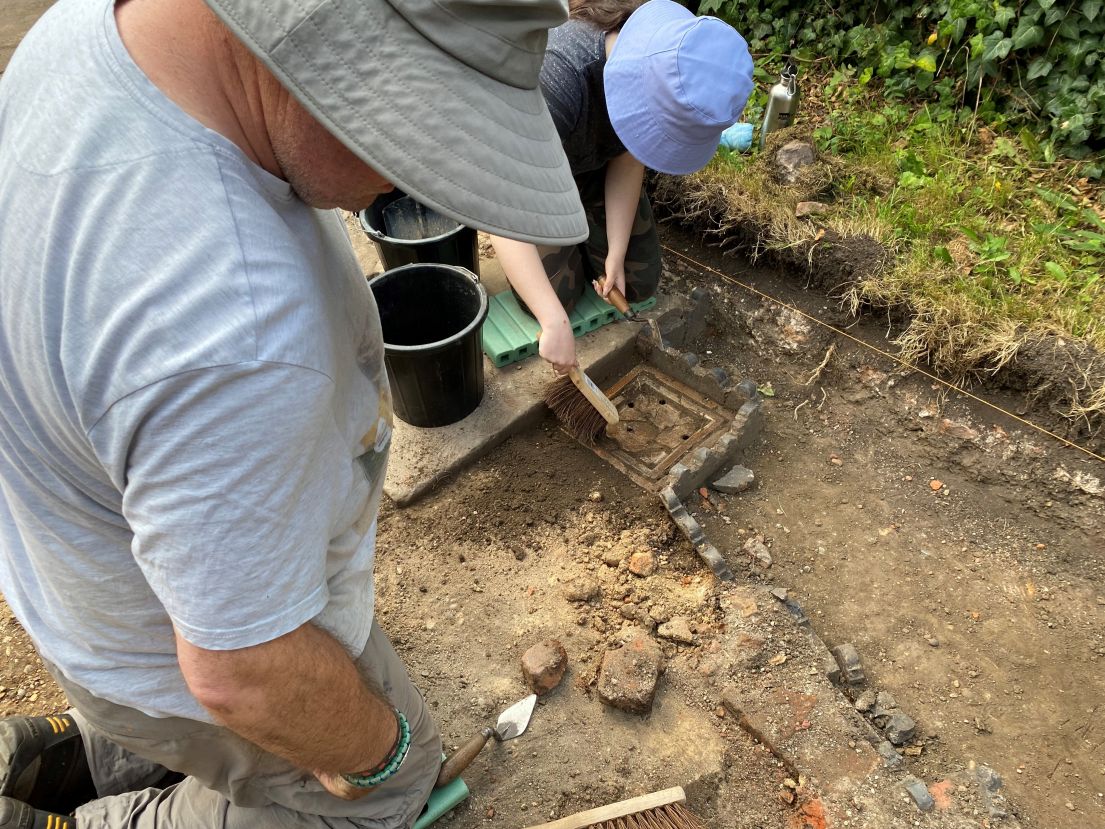 Uncovering the Past and Looking to the Future: Community Dig, Cranford Park, London

With settlements dating from the Saxon period, the 144 acre Cranford Park hosts a number of relics, including a walled garden, icehouse, restored 18th century stable block and medieval church graveyard. More recently, Cranford was the site of a manor house, though this was demolished following World War II. With such extensive history, Cranford Park is the ideal location for archaeological digs, and promises to reveal much more.

Following successful excavations last year, the annual dig returns to uncover more about the kitchen gardens of Cranford House. With no experience needed, this interactive, inclusive event is sure to inspire a new generation of archaeologists. If you think you’d like to try, come along, who knows what you might find? 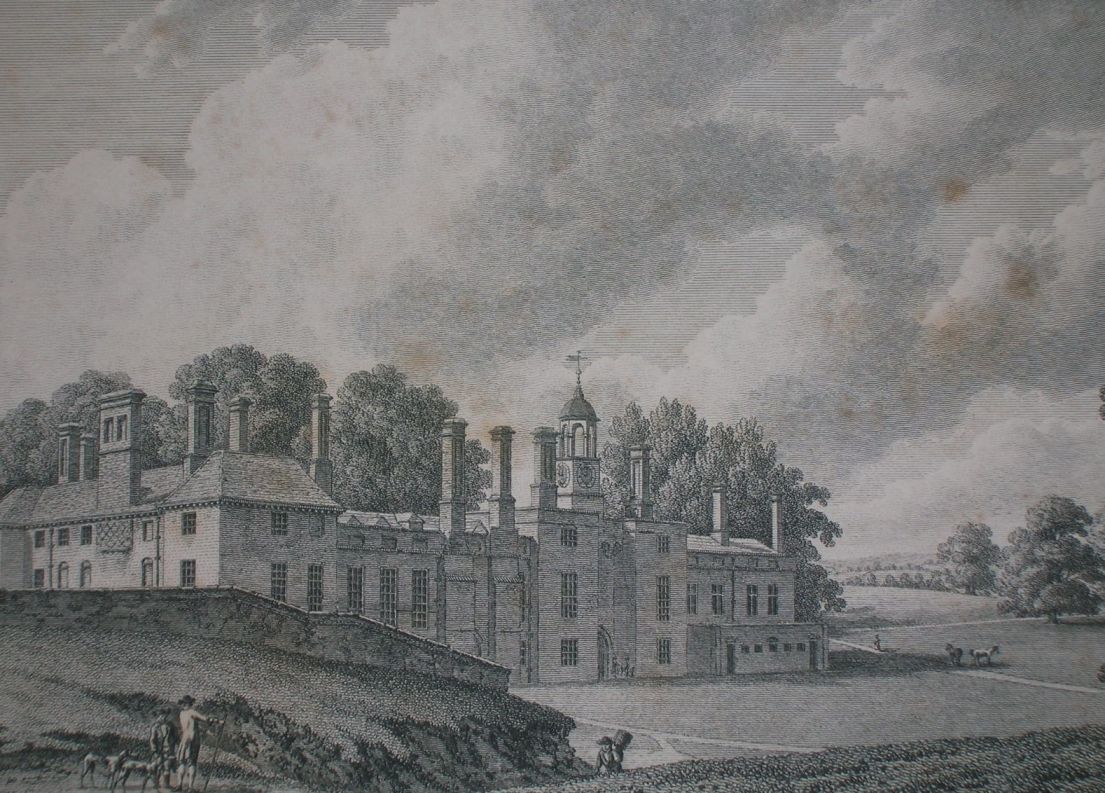 70 miles away, Mote Park is similarly steeped in history. Having existed since the 13th century, it has undergone revival, redevelopment and expansion. At its peak, the Park was described as having extensive gardens, exotic plants and 25 staff. In the 20th century, the House and Park became an orphanage, headquarters for the Armed Forces, a racing track and a retirement home.

A rich character, accompanied by a well-documented history, makes Mote Park an archaeological goldmine. This September, the team from Wessex Archaeology continue their geophysical survey in search of the original Mote House and Park. Witness live trench digs, the identification of finds, and handle a range of artefacts. This ongoing history promises exciting new discoveries from below ground.

Having traversed thousands of years of history, our trail has come to an end. As we’ve traced England’s past, we’ve learnt about the beginnings of our Prehistoric nation, witnessed the founding of Roman Britannia, and its subsequent expansion during the Medieval and Industrial ages, before considering what’s still to come. Amongst this, we’ve seen the significance of archaeology, and the way material culture allows us to trace a legacy of invention and ingenuity, bringing the past to life. But there’s much more to discover; go exploring this September, and create your own historic trail filled with your favourite moments in history. There’s never a better time to explore the past than the present.

PLEASE NOTE - These events were accurate at the time of publication but the details may change. Some events require pre-booking. Please check the individual entries for updates and details.

Check out our recent guest blogs for more archaeology highlights: