Something spooky - the development of the Dudley Ghost Tour

For many years now something spooky has been taking place in the darkened streets of Dudley... 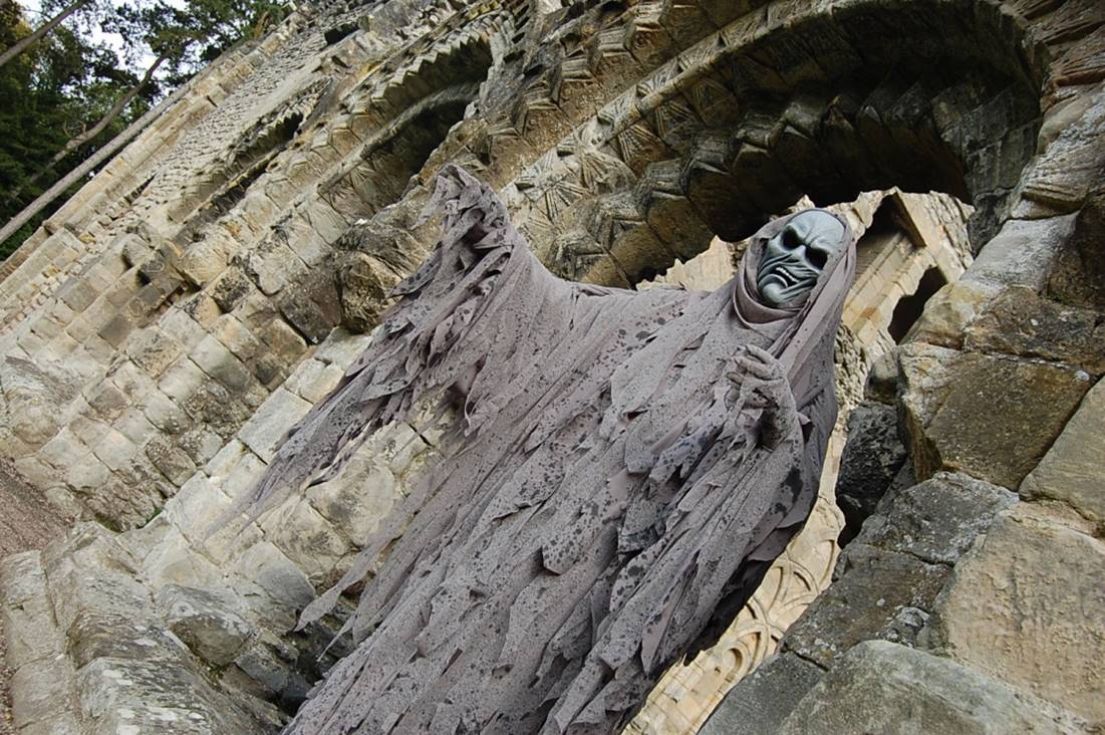 The Dudley Ghost Tour is renowned for the unique look of its ghosts, and Heritage Open Days visitors get a glimpse of the work that goes into creating them as well as a chance to hear the stories through a special exhibition each September. As we approach Halloween, Craig Denston tells us more about the development of the tour and some scares along the way... 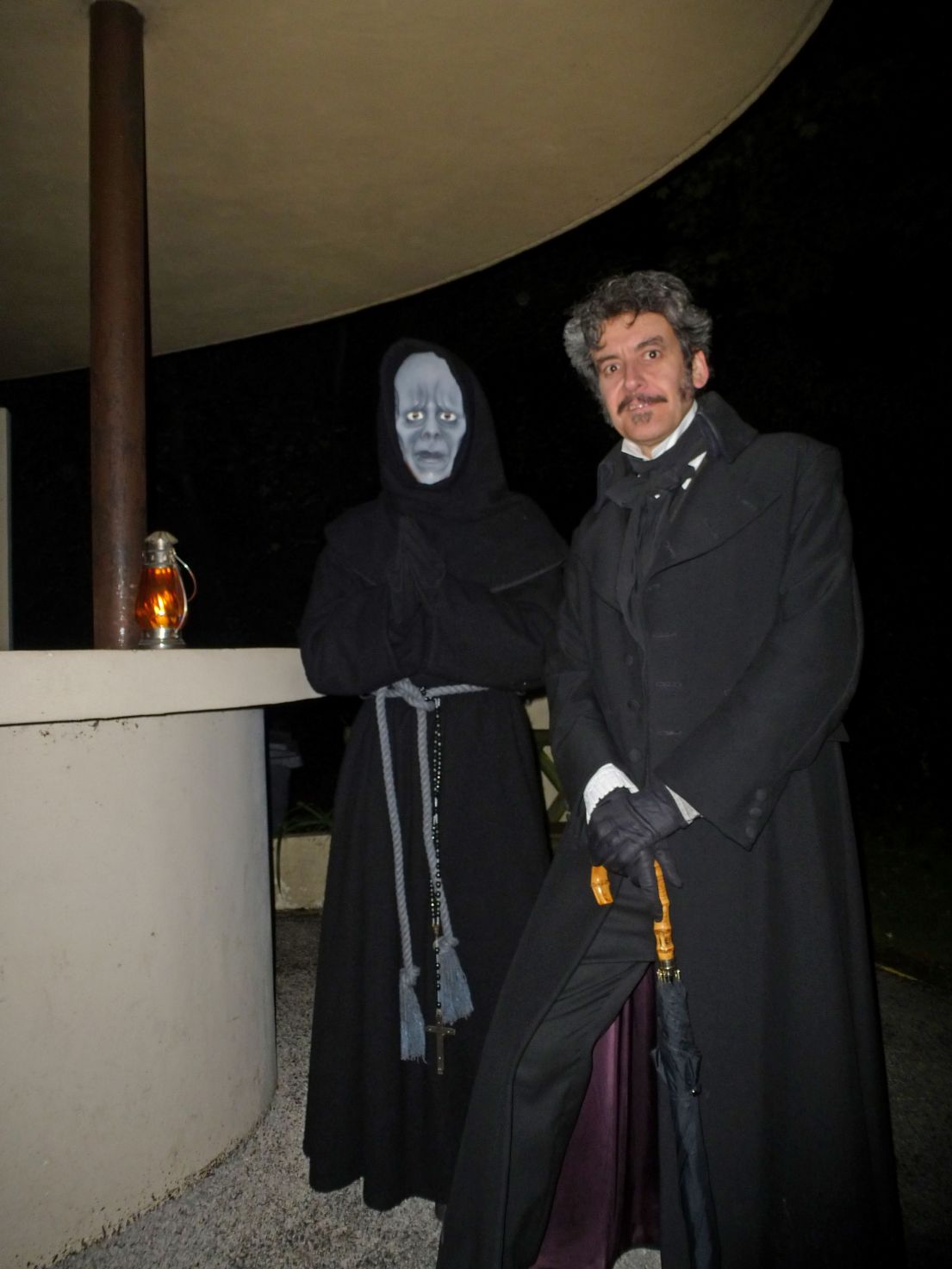 I became involved in the Dudley Ghost Tour from the very beginning in 1993, when Keith Cheetham, the then director of Black Country Tourism approached me to be one of the actors portraying the many ghosts talked about on his new tour. Back then Black Country Tourism was based in the Priory Mansion, Dudley, in the grounds of the priory ruins. Keith had been on a ghost tour in Edinburgh, and he just thought, “We could do one of those in Dudley!”

Ironically, Keith only knew me as an actor who portrayed King Charles the second. I had been doing a lot of work for the National Trust, at places like Moseley Old Hall just north of Wolverhampton re-creating the role of the Merry Monarch. Well do I remember that phone call, back in September of 1993. It was like my dream job! “Do you want to dress up as a ghost, hang around in dark corners and scare the living daylights out of people, AND get paid for it?” Hell yes!

Keith only knew me as an actor really, an actor that happened to be interested in local history. He had no inkling of the other theatre design skills I had that I would bring to the ghost tour and use to create the ghosts and eventually coming to define the entire “look” of the tour. It was important to me from the very start that the “ghosts” had their own masks. Masks unique to the ghost tour, so the ghosts inhabited their own world and there could be no sense of recognition in the characters. Nobody could say, “Oh, I’ve seen one of those in the shops!” or, “I’ve got one of those at home!”

A bit of a scare

But inevitably, you can’t do a ghost tour for so many years, and not have a few scares of your own. One night, myself and the other ghost actor had finished a couple of appearances within the castle walls, and while the tour was still occupied inside, our next job was to exit via the North gate that led to the Queen Mary ballroom, cut round the outside of the castle and meet up with the tour at the front again. We knew we didn’t have to rush and so ambled across the bridge chatting as we usually did about some trivia or another.

Suddenly from under the bridge came a deep cavernous bellow, a hideous inhuman cry, incredibly loud. We both nearly died of fright, until we realised we were right over the sea lion pool and they were happily playing in the water right below our feet! This may sound crazy, but with our minds wrapped up in all the history of the ghosts and the castle; it was so easy to forget that you were right in the middle of a zoo.

Then suddenly, in 1997 it was announced that Black Country Tourism was to close. It came as a shock to be honest; it was unexpected. And at the same time, Dave and Lynne who had been the tour guides for the last four years took this as their cue to announce that this was the time for them to quit too. They had done it for four years, and now they wanted to move on, and the truth is, I knew how they felt. I was fed up of doing the same ghosts night after night, in a script that wasn’t even mine. But suddenly the ghost tour was left hanging in the air. What was to be done about it? I was sorry to see it go. The fact is, in those four brief years, the ghost tour had become an institution. It had become something that Dudley was known for, and that’s why I couldn’t let it go. I just couldn’t stand back and let it die. And so I quite literally, “gave up the ghost” and became the guide.

I must make a confession at this point; when I first started to be a guide I’m not sure that I was much good at it. I was very nervous at first, very self-conscious, and had a terrible habit of fiddling with my cravat every five minutes.

I was still using a script that I had inherited; I still had not thought to question any of it. But I had deliberately not memorised the stories word for word, I had memorised them in the way you remember a joke you want to tell to a friend. This generated a far more spontaneous flow, and kept the stories sounding fresh as if I was always telling them for the first time. This gave me the freedom to improvise, to throw in funny asides, jokes or comments about people on the other side of the street or about passing traffic.

Something old, something new 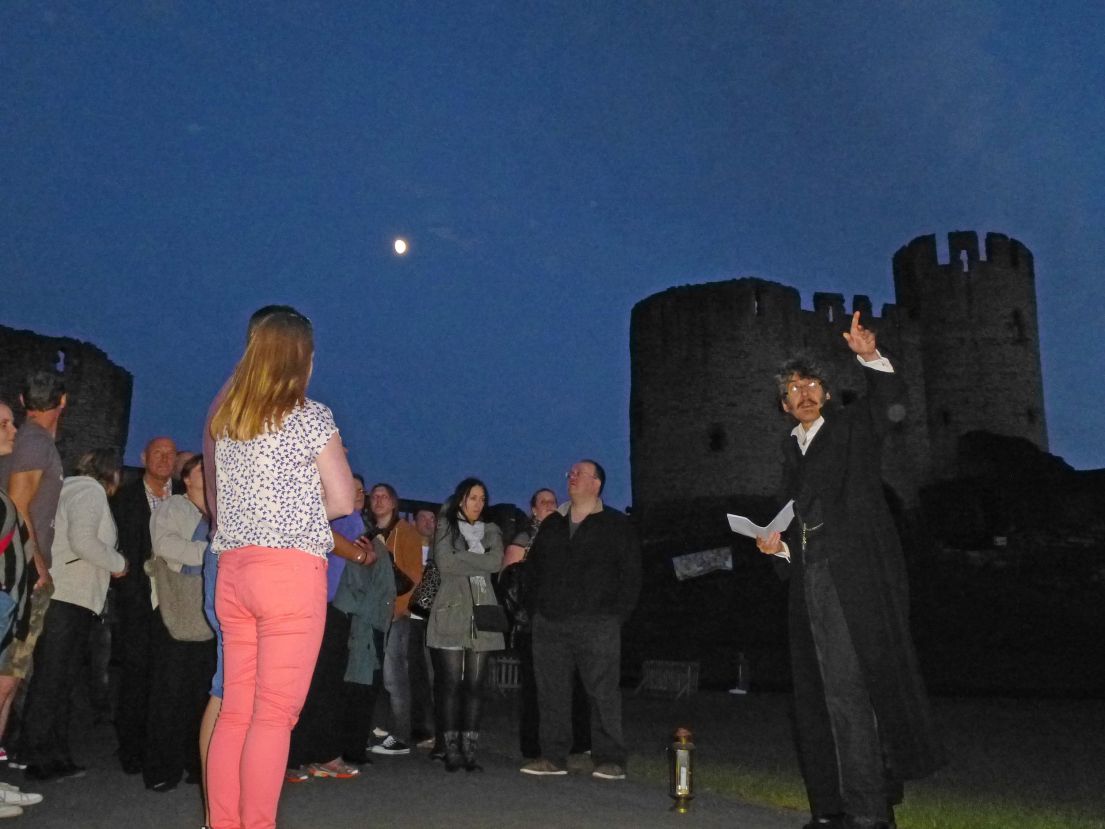 However, it wasn’t until the year 2000 that I met Maxine, the then landlady of the Malt Shovel pub. We had a chat about the haunting in the pub, and on the next ghost tour I did, I began to incorporate these new stories into the script without even thinking about it. And that was a major turning point for me. It was like an epiphany.

Suddenly the script was no longer some old thing I had inherited. It was no longer dead printed words on a piece of paper. It had become a living thing, growing and changing and evolving. And that’s when I lost my self-consciousness, and I started to tell the stories with a passion. I could forget myself, and live within the moment of each story. It was like how Stanislavsky said about acting, “You must enjoy the art in oneself, and not oneself in the art.” And I hope that the ghost tour will always continue to be a living thing.