If you haven’t heard of Anne Lister of Shibden Hall (aka Gentleman Jack) then you’re missing a treat of a tale. The BBC is about to air a new series dramatizing part of her story – the latest in a long line of media profiles since this extraordinary woman’s diaries were decoded. To tell us a little more we talked to Collections Manager (and extra in the BBC show!) Angela Clare. 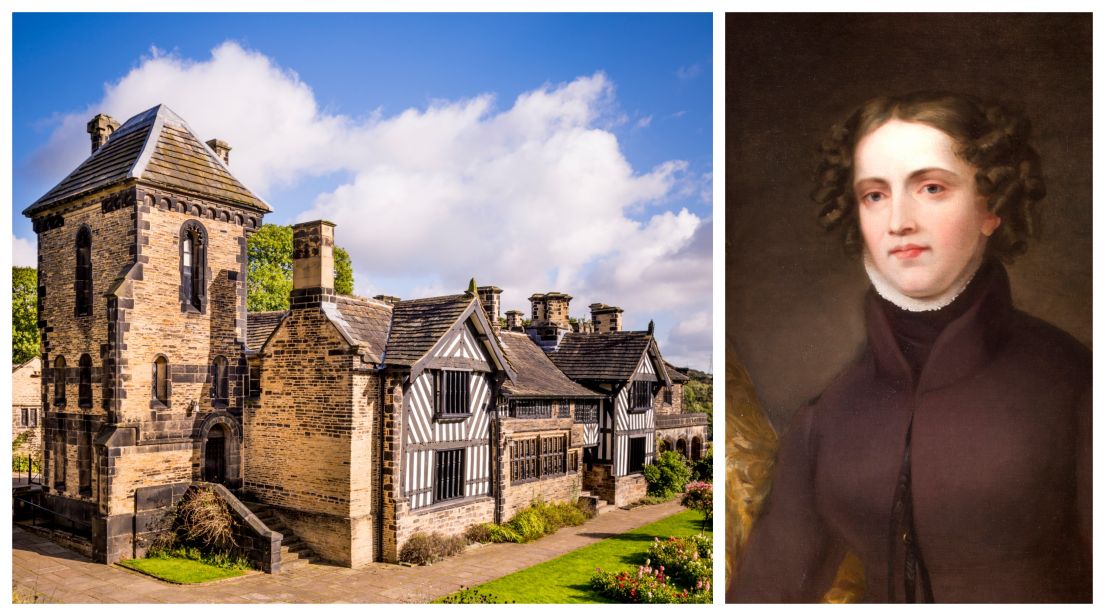 © Shibden Hall - Anne Lister (1791–1840) owned and managed Shibden Hall and Estate near Halifax, West Yorkshire, which has survived over 600 years and is open to the public to visit.

Anne Lister was a diarist and recorded her life in great detail from 1806 to 1840 and the volumes of over five million words, along with hundreds of letters, account books and miscellaneous papers, all reveal a fascinating woman and life in the early 19th century. Although never famous in her own time, Anne Lister’s legacy has revealed her to be a remarkable scholar, traveller, businesswoman and property owner. Her diaries also reveal she was a lesbian and defied the norms of the time, not only in her relationships with other women, but also in how she dressed and conducted herself, resulting in her nickname, Gentleman Jack.

Shibden - a tale of two Annes

Anne inherited Shibden Hall and Estate from her Aunt and Uncle and was known locally as a land owner, business woman and member of the Halifax Literary and Philosophical Society. It was not until Anne’s diaries were published by Helena Whitbread in 1988 that her intimate relationships with other women were revealed.

Anne travelled to Europe regularly and in 1838 she ventured further afield with her partner, Ann Walker, heading through Russia. However, Anne Lister died on 22nd September 1840 in Georgia leaving Ann Walker to return to England accompanying her body. Ann Walker then inherited Shibden Hall where she lived until she was removed in 1843 by her brother-in-law who moved into Shibden Hall. Ann never returned to Shibden and she died at one of the Walker family houses in 1854. On her death the property reverted to Lister family ownership and the estate was inherited by Dr John Lister (1802-1867) and his son and daughter would be the last residents of the Hall, which was donated to the Halifax Corporation after their deaths.

Anne in the news

Interest in Anne has increased steadily since the publication of the diaries with a number of publications and ever increasing media coverage. The latest is a new BBC and HBO television series, Gentleman Jack, based on Anne Lister and written by Sally Wainwright, which was filmed on location at Shibden Hall during 2018.

As well as her diaries, Anne’s legacy is her home and estate of Shibden, open today as a public park and museum owned and run by Calderdale Council, where Anne’s impact and changes can still be seen. Shibden Hall is open to the public from March to October, every day except Fridays. There will also be costumes and props from Gentleman Jack on display from July. And for Heritage Open Days 2019 you can visit for free on Saturday 21 and Sunday 22 September.

Angela Clare is Collections Manager for Calderdale Council’s Museums Service, which manages Shibden Hall, Bankfield Museum, the Duke of Wellington’s Regimental Museum, Smith Art Gallery and Heptonstall Museum. Angela Clare has over fifteen years’ experience working in museums including eight years at the Royal Armouries Museum in Leeds and the Tower of London, working on various interpretation projects and exhibitions. Angela is responsible for the museums’ collections and displays and creating a wide range of exhibitions and projects to improve access and engagement with collections and the stories they can tell.