Heritage Open Days may be over for this year, but in spite of the cloudy weather we blazed brighter than ever in 2013.  If you opened a newspaper last week, turned on the radio or switched on the TV you’d have heard about Heritage Open Days.  From BBC Five Live to Martin Lewis talking us up on ITV’s Daybreak, from ITV Central’s series of reports on properties in the Midlands, to four-page spreads in regional papers across the country, Heritage Open Days was suddenly on everyone’s radar. 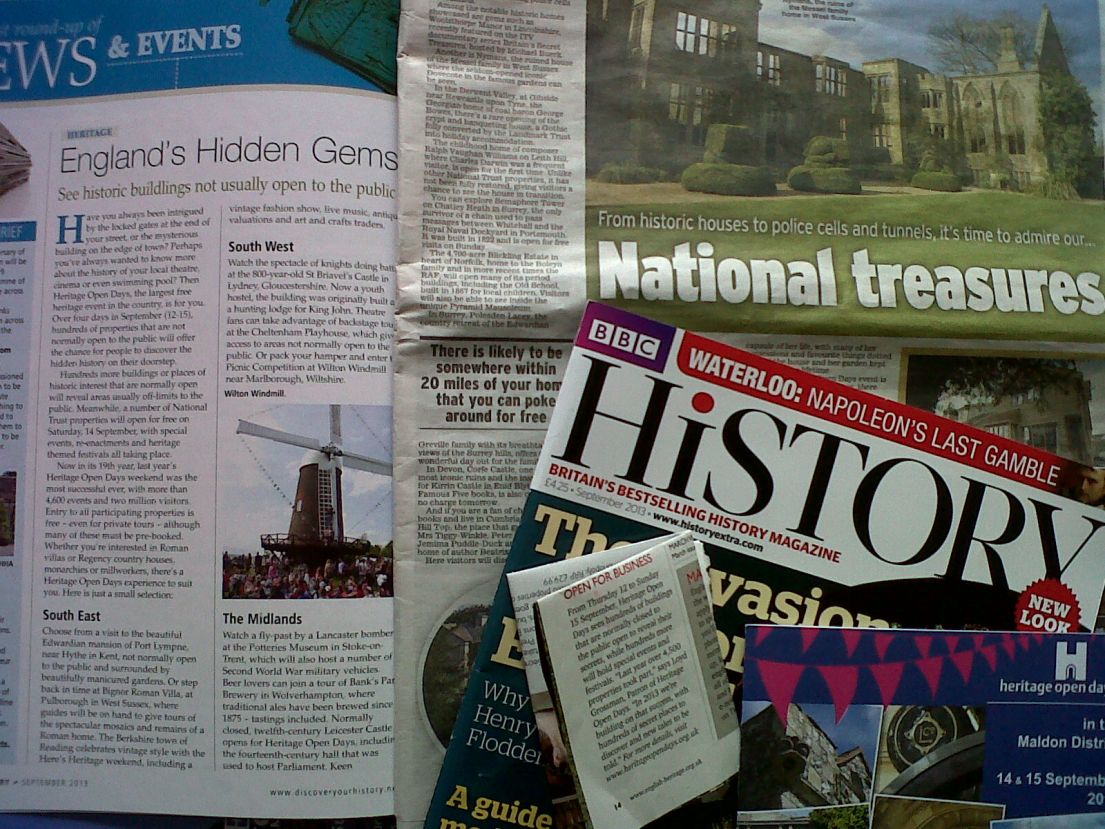 So this is a big thank you to everyone who helped make Heritage Open Days so newsworthy.   I lost count of the number of local organisers I rang for pictures, to ask them to do interviews, to suggest properties for film crews to visit.  Without fail, the voice on the end of the phone promised to send the images, contact the TV station, do the radio interview.

Interviews can be a nerve-wracking experience, being on camera even more so.  But each one I heard, and every piece of footage I saw, showed Heritage Open Days volunteers and organisers talking knowledgeably and enthusiastically about their programme or event.  It’s the enthusiasm that makes our event so unique, I think, and which encourages people to get involved.  I talked in several interviews about Heritage Open Days being fun and accessible and all about local communities, and I think the incredible regional coverage proved that.

People’s stories of their weekends are starting to come into the office now; lovely photographs, great anecdotes and tales of huge visitor numbers.  And in this way, Heritage Open Days isn’t really over, because we’re hearing about all the different experiences people have had, and judging from some calls I’ve taken this week, local newspapers want to hear the same thing.

Heritage Open Days was truly celebrated this year, not just on the four days itself, but in the weeks that preceded the event, when so many of us got the chance to talk about what makes our event so special.  If you spoke to a paper or gave a TV interview or sent images or took one of my slightly harassed calls; thank you.  In this, as in all aspects of Heritage Open Days, without all of you, we would never have blazed so brightly.

Whether organiser or visitor - do let us know how your event/s went. We really do want to read all about it.