Longthorpe Tower - the view from the till

I felt a bit under-dressed when I turned up to be the 'responsible adult' for Heritage Open Days at Longthorpe Tower on Saturday. We had 7 re-enactors, everyone from a monk to the Lord of the Manor, all be-hatted, with swords and armour. 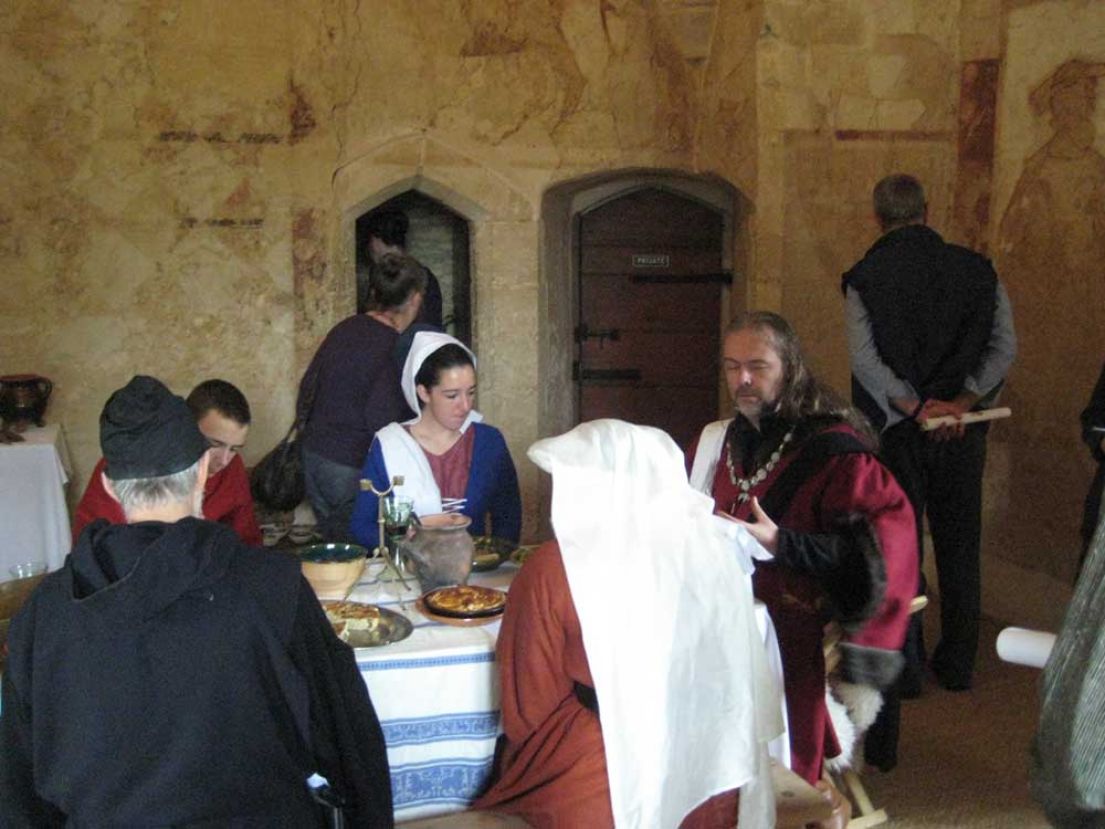 They looked very impressive, and the tower itself was set up as it may have been in its medieval heyday. It had a banqueting table, a barber-surgeons station, a herb collection, a monks table and wall hangings up on the top floor.

Longthorpe Tower is Grade I listed, a Scheduled Ancient Monument, and dates from around 1330. The reason for its significance is the most complete set of medieval wall paintings in England, unusual for the breadth of subject matter, with everything from a wheel of senses to agricultural tips, alongside the Church and Crown. Such schemes can be found elsewhere, including at St Pegas in nearby Peakirk, but the vibrancy and scale of the Longthorpe pictures really do set it apart. The stone tower with its Collyweston slate roof has two storeys open to the public, each containing just one room, so it only has a capacity of around 40.

As the clock ticked closer to 10am, the advertised opening time, we all started to get a bit nervous. We had done the marketing, used social media and given radio interviews, as well as producing good old-fashioned leaflets. Our fears were put to rest slightly when the local press turned up, did a short film and took loads of photos, which can be found here. Their support gave us a boost and they were followed by our first members of the public. And then more arrived... by 11am we already had over 100 people through the till. We had estimated we might get 250 over our free access weekend but by Sunday night, when we shut the door on our last visitor we had counted over 1,000!

This meant we had had to stage one of the archers outside to entertain the waiting public, and we had a complete enactment running every twenty minutes or so. It was amazing and exhausting, but the best thing was the sheer enthusiasm from the public!