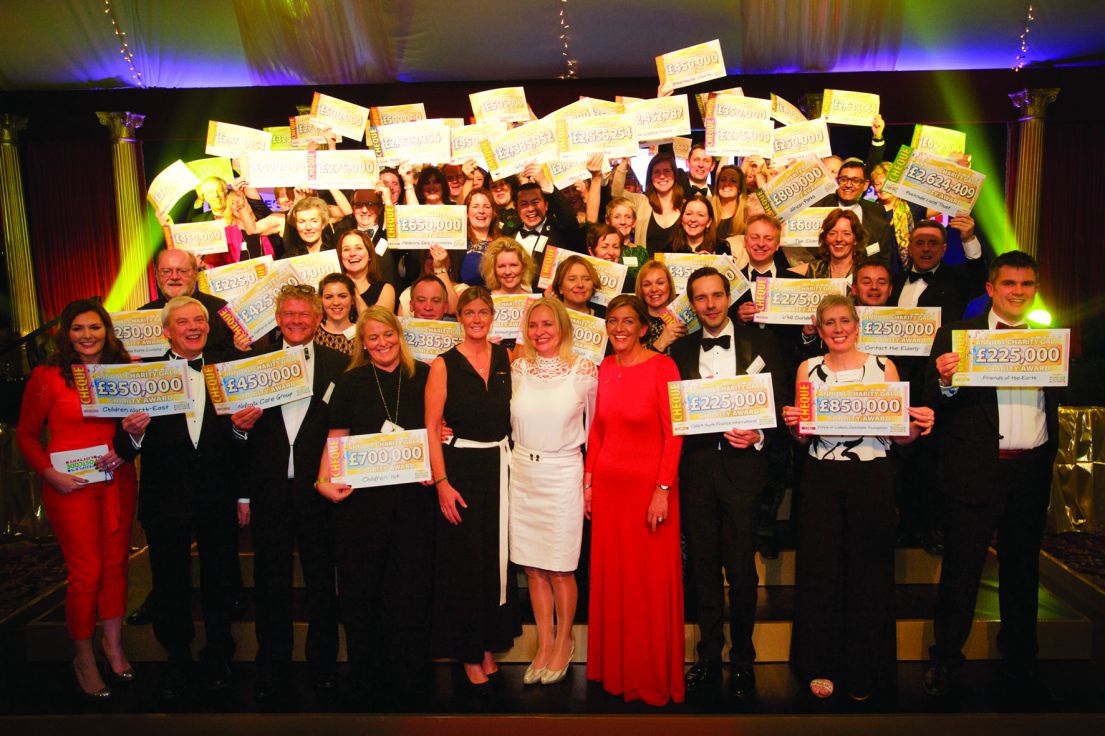 Heritage Open Days, England's biggest festival of history and culture, is set to get communities’ creative juices flowing with an innovative challenge in 2017. A surprise ‘bonus’ award of £75,000 from players of People’s Postcode Lottery will enable four new artistic interventions for the festival. Four artists will be creating work rooted in local stories to be presented in the communities whose history they reflect, partnering with our fantastic organisers. This year the work will be part of the National Trust’s wider ‘Prejudice and Pride’ programme exploring LGBTQ heritage. The project will benefit England’s most under-resourced areas to bring culture and history to life within their local communities, encouraging more people to get involved with the heritage on their doorstep. These creations will be free for all to access over the festival weekend, open 7th – 10th September 2017.

The award is in addition to core funding of £150,000 from players to support the delivery of the Heritage Open Days festival in 2017. Players of People’s Postcode Lottery’s support for the festival amounts to an incredible half a million pounds since 2015. Since then, the festival has gone from strength to strength, with over 40,000 organisers and volunteers opening more heritage sites offering free events and activities than ever before.

National Trust celebrated the generous award on Tuesday at the 2017 People’s Postcode Lottery annual Charity Gala where it was announced that £66.3 million was awarded to charities and good causes in 2016 - thanks to players of People’s Postcode Lottery. National Trust is one of 69 charities that benefitted from this incredible funding in 2016. The event was attended by HRH Prince Charles, Sir David Attenborough, broadcaster Dermot Murnghan and TV presenter Fiona Philips. Entertainment on the night was provided by Mica Paris and Soul Nation.

Clara Govier, Head of Charities at People’s Postcode Lottery, said; “People’s Postcode Lottery are thrilled that players are supporting Heritage Open Days for the third year running. We’re delighted to see players’ support impacting the growth of the festival year on year, with increasing numbers of local events, volunteer involvement and benefit to local economies. It is wonderful to see individuals, families and communities rallying to protect their local heritage, standing up for their environment and safeguarding historic connections between the generations. 86% of visitors to last Autumn’s festival said that their main reason for visiting was to support their local heritage – a heart-warming message in the light of the recent decrease in the government’s support for England’s precious legacies. We look forward to 2017’s festival, in particular the Art Partnership project funded by a special extra award from players.”

Heritage Open Days bring local history, cultures, and traditions to life for an entirely new generation. People’s Postcode Lottery shares the belief that in order to understand where we’re going, we need to understand where we’ve come from, and that the festival enables this by empowering people and communities, and sharing knowledge.