For the last year or so, residents in the North End of Birkenhead have been collecting old photos, old stories, and old memories of life in the area. We’ve displayed these at all different events throughout the year, however for the first time we had the idea to be a part of Heritage Open Days. 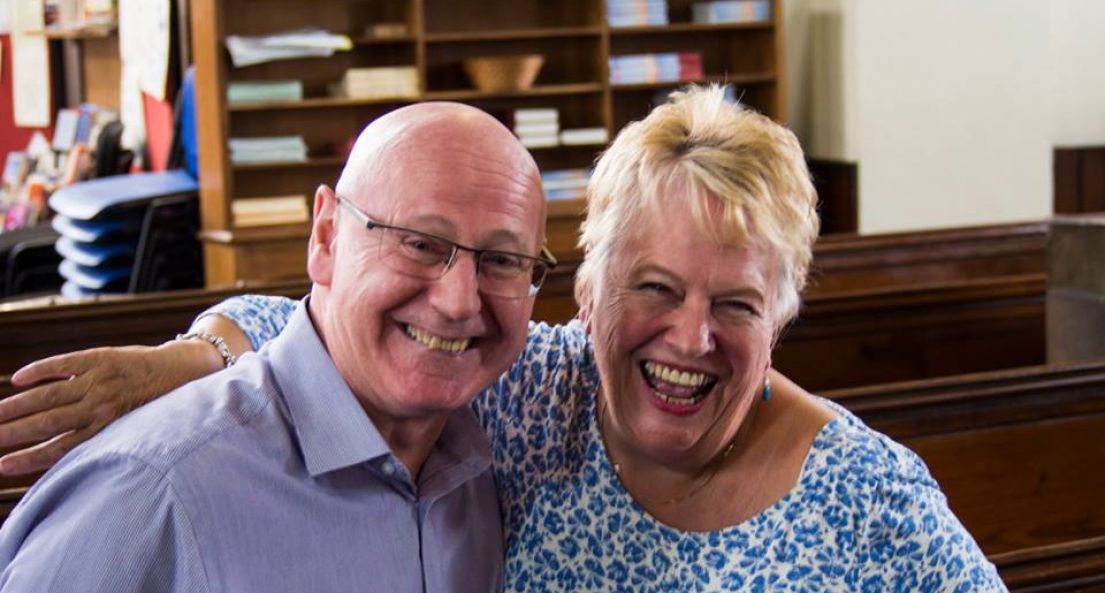 This scheme helps old buildings open up and celebrate their heritage. Our old building was St James Church, built in the 1800s. It has since been surrounded by a roundabout, and lots of traffic and people filter past it each day without ever stopping. Over the course of a month, residents, members of the congregation at the church and lots of other people put together some displays to go up in the church for the open day. 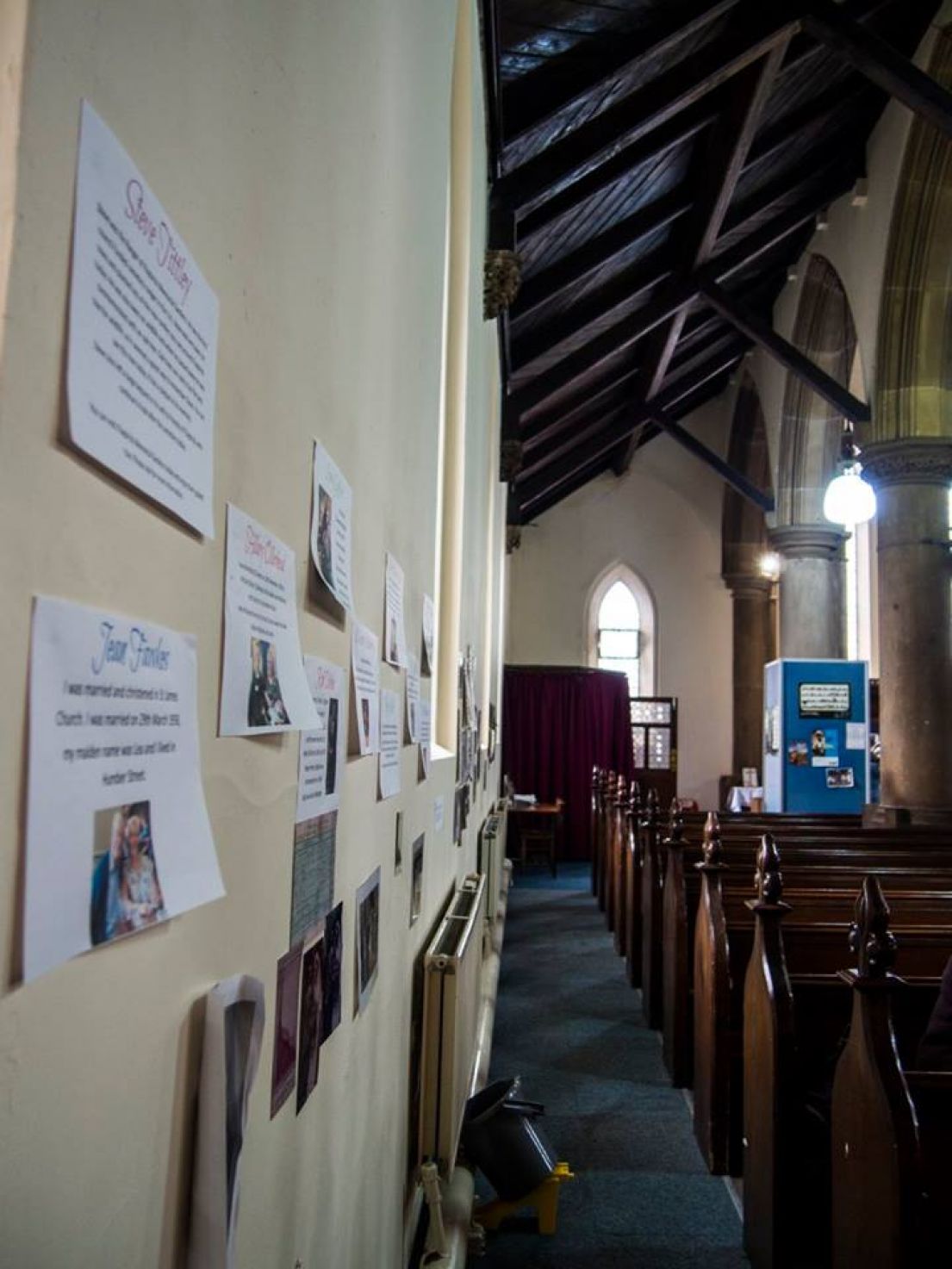 Exhibition boards and even the church walls were covered in old stories, photos and memories.

Well the Open Day came and before we had even officially opened at 11am, people were already coming in through the door. Word had spread far through internet groups, heritage brochures and other open days sharing each other’s events.The whole day saw 153 people visit us, not including the volunteers and staff who were there all day, or including the folk band that rocked up to give us some tunes! The folk band were called Boys of the Thatch. They came along and sang lots of old folk songs, about Liverpool, Ireland and life in the ‘old days’! We had a good old sing along to Leaving of Liverpool, and Galway Girl. There were even some Irish jigs in the aisle! 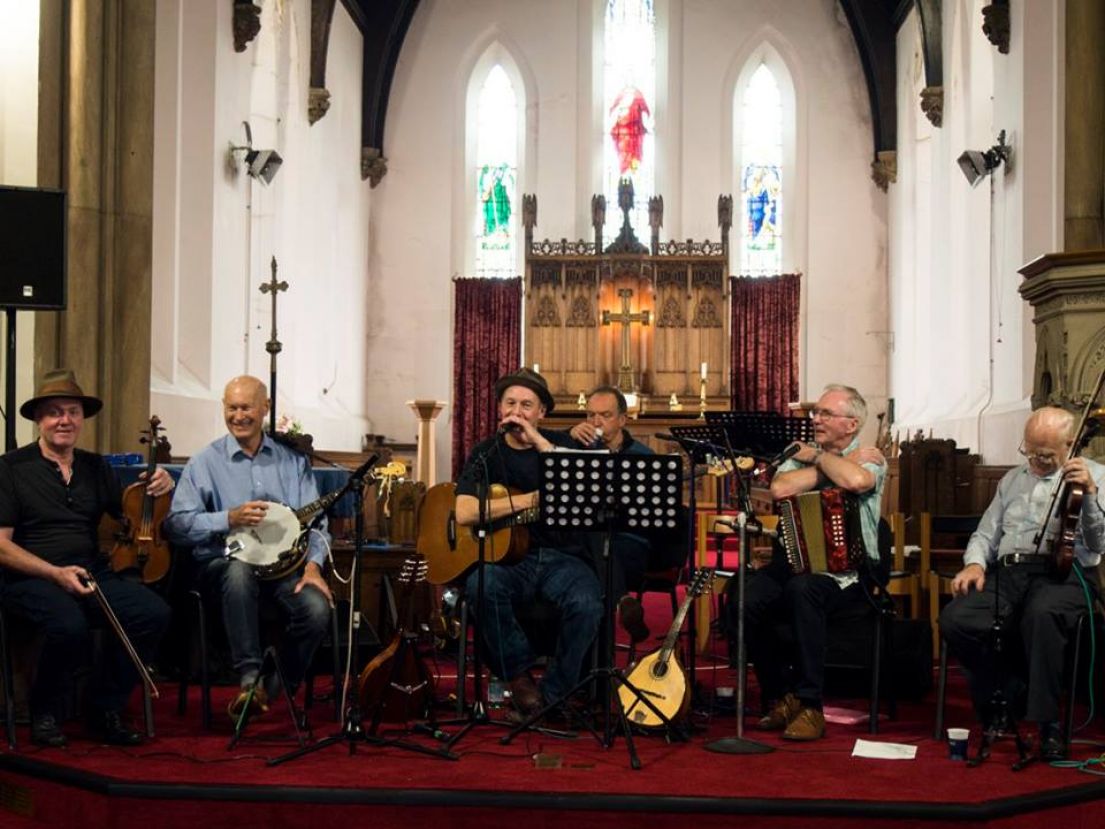 'Boys of the Thatch' helped the day go with a swing - there was a a good old sing song and even some dancing in the aisles!

It was a wonderful day, the church walls were covered in old stories, photos and memories. St James Genealogy group, set up with the support of NBDT Community Organisers, came along. They did ‘Find my Granny’ challenge – with whatever information people gave them they would do their best to at least begin to trace their family tree. The Church had their wedding, baptism and christening records out. Lots of people came because of their family’s links to the church, maybe their parents were married there, or they were christened there. It was a day of reunions too – childhood friends who hadn’t seen each other in years were reunited and swapped emails. Lots of people said how often they had driven or walked past the church and wanted to come in, and this was the first time they’d ever stopped. 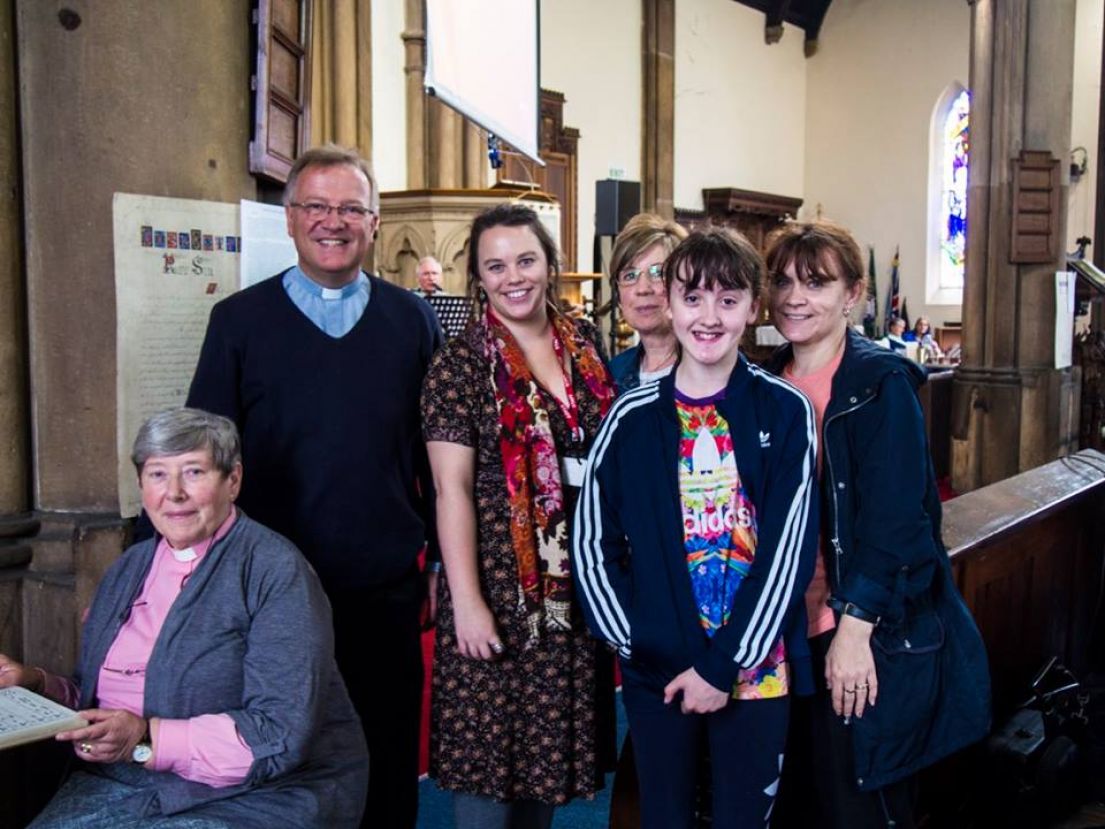 The team of St James came together to celebrate its wonderful heritage with the community.

The whole day showed the impact of valuing our community’s assets, even though we get so used to seeing them every day. It was about breaking the cycle of walking past, and instead stopping and taking some time out to enjoy what’s right on our door step. It was also about valuing each other’s life stories and experiences and why that is so important. In what is a tough time for lots of people it was a day of celebrating where we have come from and what and who made the North End the place it is today. People came from as far afield as Wales and Lancaster to come back to the church where they were christened, married and baptised. But almost more importantly, most of the people who came through the doors were local people, who had come to celebrate their history and heritage.

(Photos all by Beth Barrett)