The First Feminist – 3 markers for Mary

Described as the original suffragette, author and free thinker Mary Wollstonecraft was a pioneer of women’s rights. She defied the norms of 18th century society, travelling Europe independently and arguing for women’s equal right to education and representation – definitely an ‘Extraordinary Woman’! This September three places will be celebrating her story and their connection to her over Heritage Open Days, and featuring the work of street artist STEWY. 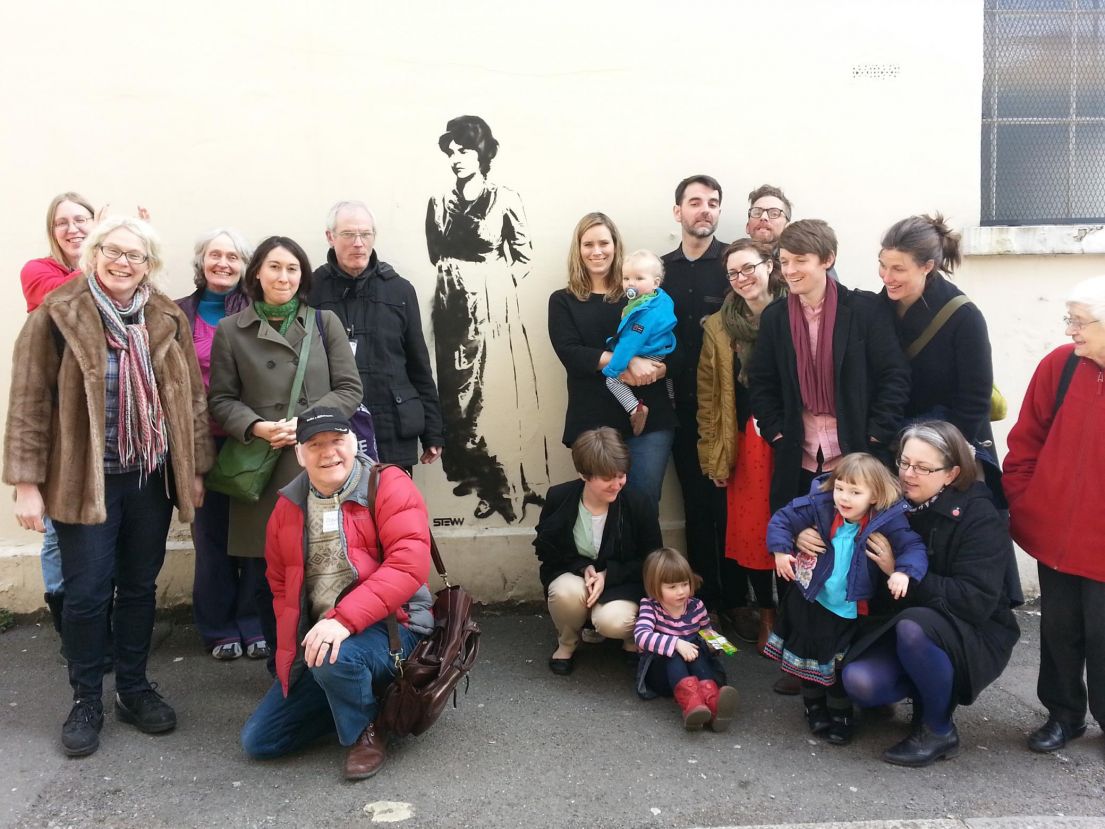 1. A place to grow – Beverley, East Riding of Yorkshire

Mary Wollstonecraft (1759 – 1797), author of ‘A Vindication of the Rights of Woman’, has a growing reputation; this year BBC History magazine placed her 8th in a list of the women who changed the world. Her unconventional life style and feminist views made her unpopular with male authors of her time, although she influenced later women authors including Jane Austen, Elizabeth Barratt Browning, George Eliot and Virginia Woolf.  In 1892 Millicent Fawcett called her the foremother of the struggle for women’s votes, so it is particularly appropriate that she be recognised in this centenary year. 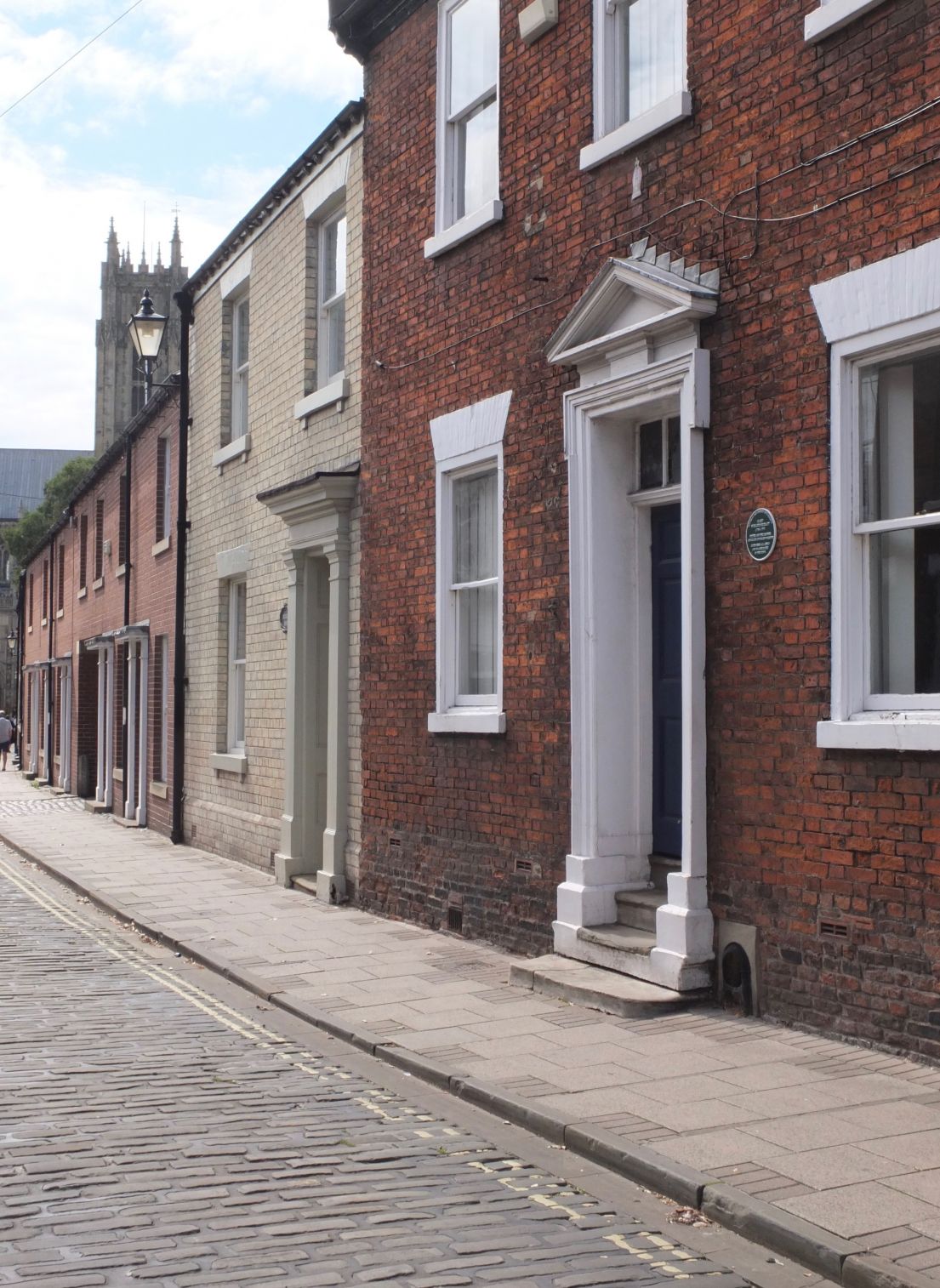 Only this year was the actual location of Mary's house in Beverley discovered - and now there's a plaque to mark the spot! / © Dick Lidwell

In 1768 Edward Wollstonecraft moved his family from Barking (London) to East Yorkshire, where he hoped to find his fortune in farming.  The family remained there until 1775 when they returned to London, the farming venture having failed. During their time in Beverley though, Mary acquired some sort of education.  She probably went to one of the many Dame schools that came and went, but her chief influence seems to have been Dr John Arden, father of her great friend Jane. He was a scientist and philosopher, famous in his time.

Beverley historians always knew Mary Wollstonecraft lived in Beverley, but it was only in January 2018 that we discovered which was her house.  Research and luck found two sections of a parish rate book, showing the Wollstonecraft tenancy of 2 Highgate – the two parts were in different record offices, and some pages were missing, torn out – fortunately not the vital pages.  It was an exhilarating discovery, and when we saw inside the house, we realised that almost all the 18th century features survived.

For many people it is Wollstonecraft’s daughter, Mary Shelley, who is the remembered one, because she wrote Frankenstein.  We hope now to make her mother equally famous in this town. Over Heritage Open Days: 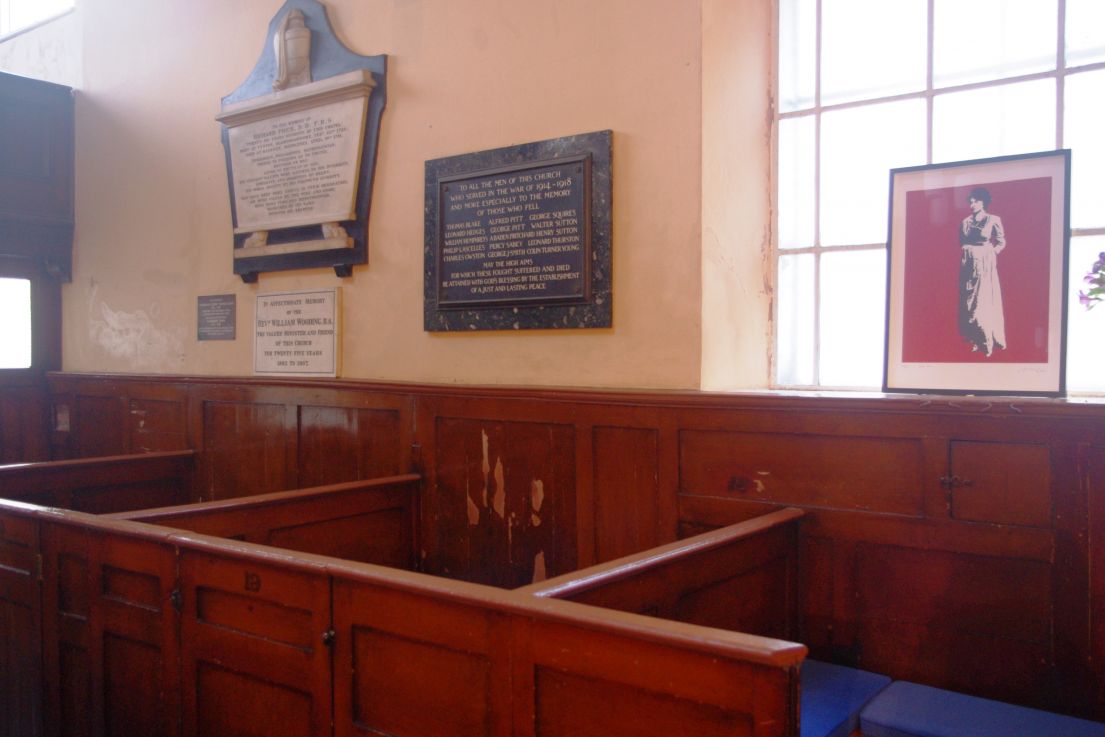 Take a pew with Mary at Newington Green Meeting House

Mary arrived in Newington Green in 1784, aged 25. This was her escape from an unhappy family situation – and especially from her spendthrift, violent father. With her sister Eliza and friend Fanny, she set up a girls’ school, within sight of the Meeting House. She joined the congregation (her pew can still be seen), and its minister Richard Price became an important friend and mentor. It was at his house that she met her future publisher, Joseph Johnson. 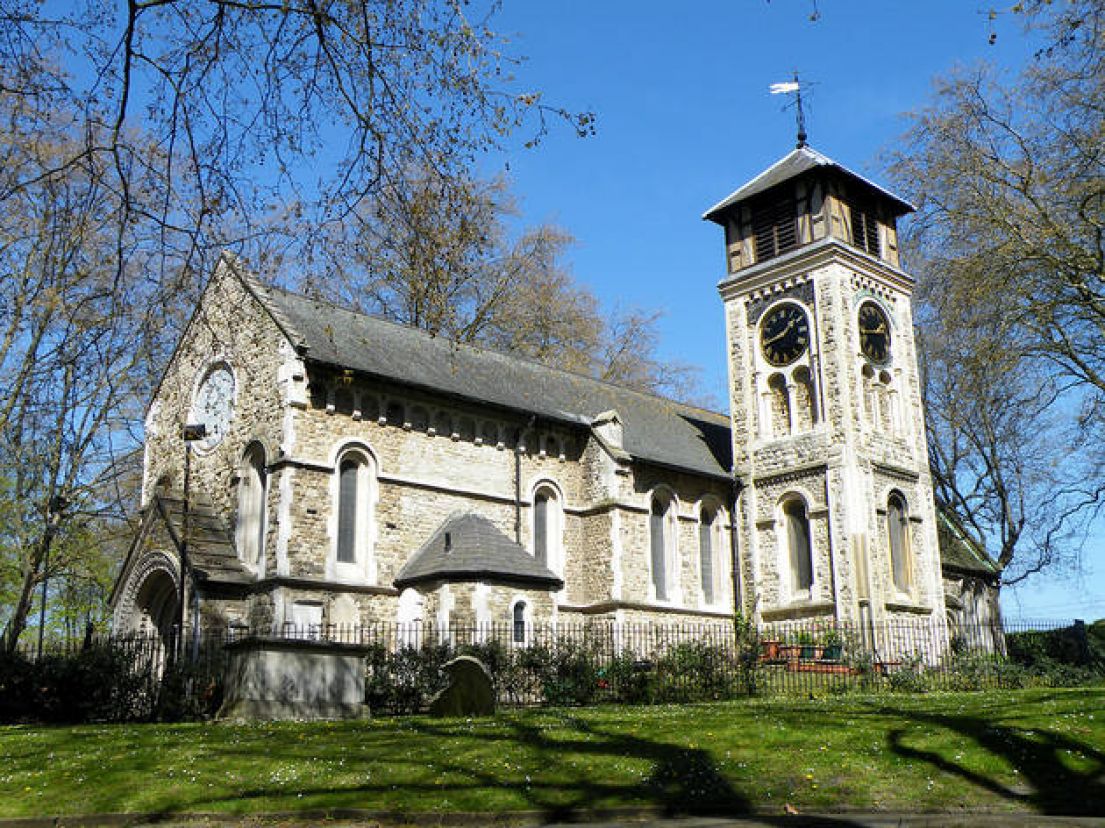 On the 29th March 1797 she married William Godwin here and they began married life together in the parish. After her tragic death on the 10 September 1797, her funeral took place in the church and she was buried in the churchyard.

We are delighted to welcome visitors to St Pancras Old Church for our Open weekend celebrating her life. There will be:

Street artist STEWY created a stunning stencil of Mary Wollstonecraft on the wall of Newington Green Meeting House. It can still be seen there but this year for Heritage Open Days the image will also be travelling north for a special projection in Beverley and in artwork available at Old St Pancras Church. Hear more about STEWY’s work and inspiration on our latest blog.

Many thanks to Barbara English, Kate Eden, Father James Elston and STEWY