Stepping out from the Shadows: lesser-known suffrage champions

Pankhurst and Fawcett are names you’ve probably heard, at school, or in the media this week. But what about Ford, Smyth or Brown? Just some of the other extraordinary women who fought to gain the vote that local organisers from across the country have highlighted to us. How many do you know, and who’s still missing?! 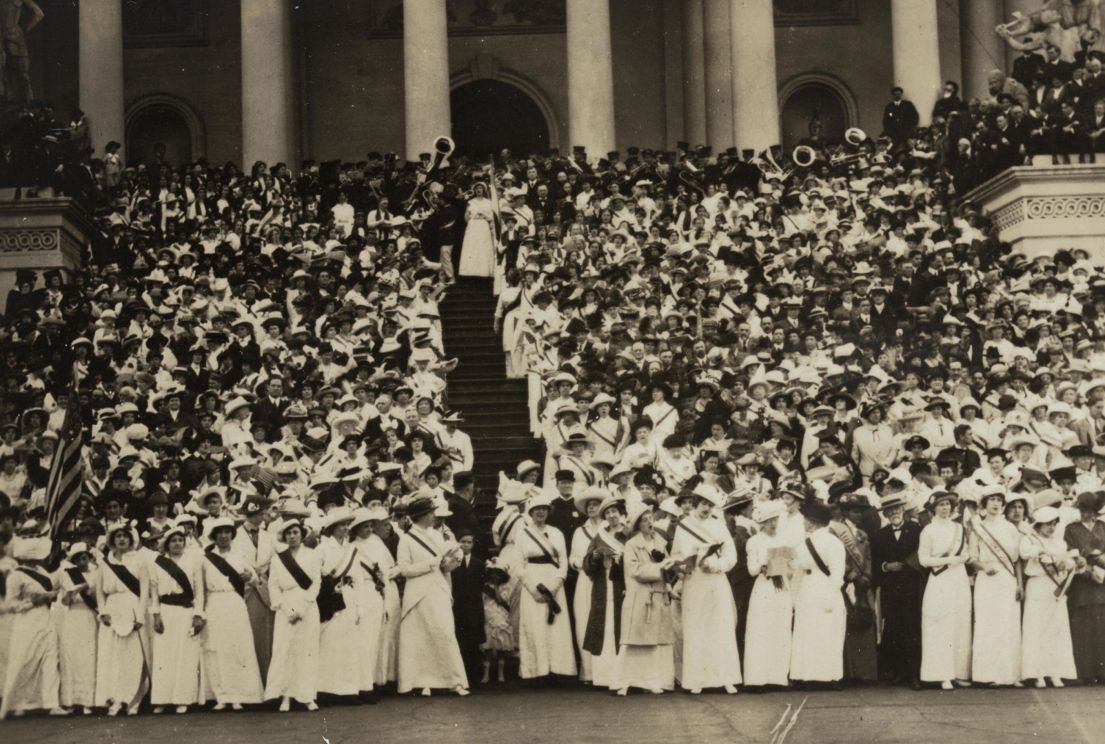 Suffragists on the steps of the Capitol in Washington, America in May 1914. They are singing Ethel Smyth's suffrage anthem 'The March of the Women'. Photographed by Harris & Ewing, Washington, D.C.(collection held at the Library of Congress)

This week marked the 100th anniversary of a breakthrough in the suffrage campaign – 1918’s Representation of the People Act, which gave some women the vote (those over 30 who owned property). Lots of places will be celebrating this milestone with events across the year, and here at Heritage Open Days we’ll be running a wider celebration of extraordinary women from all spheres. Watch this space for more details in March, but as a taster here are some of the stories people have shared about local suffrage campaigners.

Emily was the daughter of a wealthy Quaker solicitor who unusually gave his sons and daughters equal educational opportunities. A talented artist Emily exhibited work at the Royal Academy and had a studio in Chelsea, but she was also an active campaigner for women’s rights. She became the Vice-President of the Artists Suffrage League where she designed posters for the campaign. And in her home town she co-founded the Leeds Suffrage Society with her sister, Isabella. 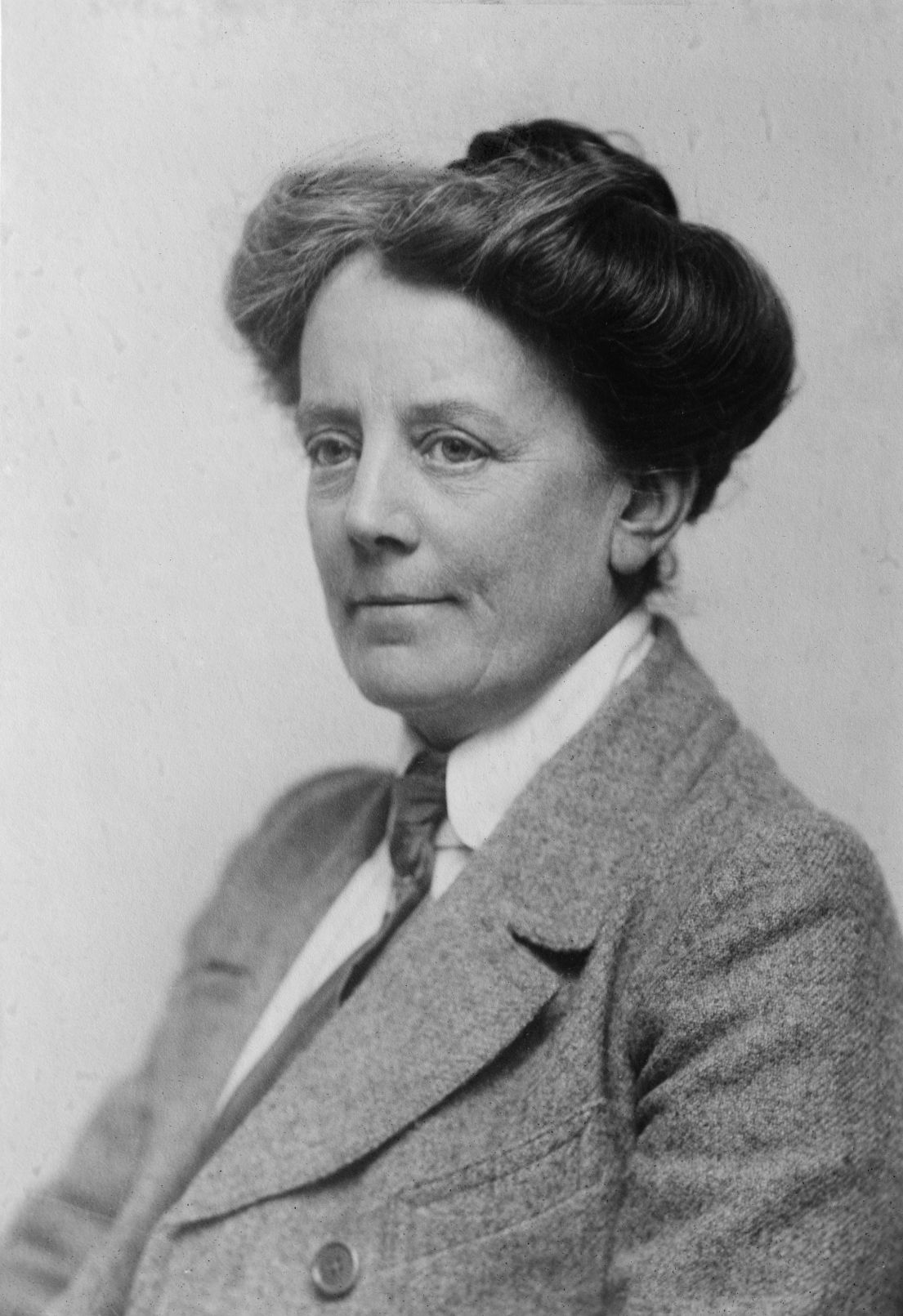 Ethel had many interests and talents including sport and writing, but her first love was music. She overcame family opposition to study it professionally and became the first female composer to be awarded a damehood. She took two years out of her career though to dedicate to the campaign for women’s rights. In this time she composed ‘The March of the Women’ which became an anthem for the cause. A follower of Emmeline Pankurst, she was involved in violent protests and spent some time in Holloway prison. There she was visited by her friend, the composer Thomas Beacham, who found her conducting a group of suffragettes singing in the yard by leaning out of the window waving a toothbrush! 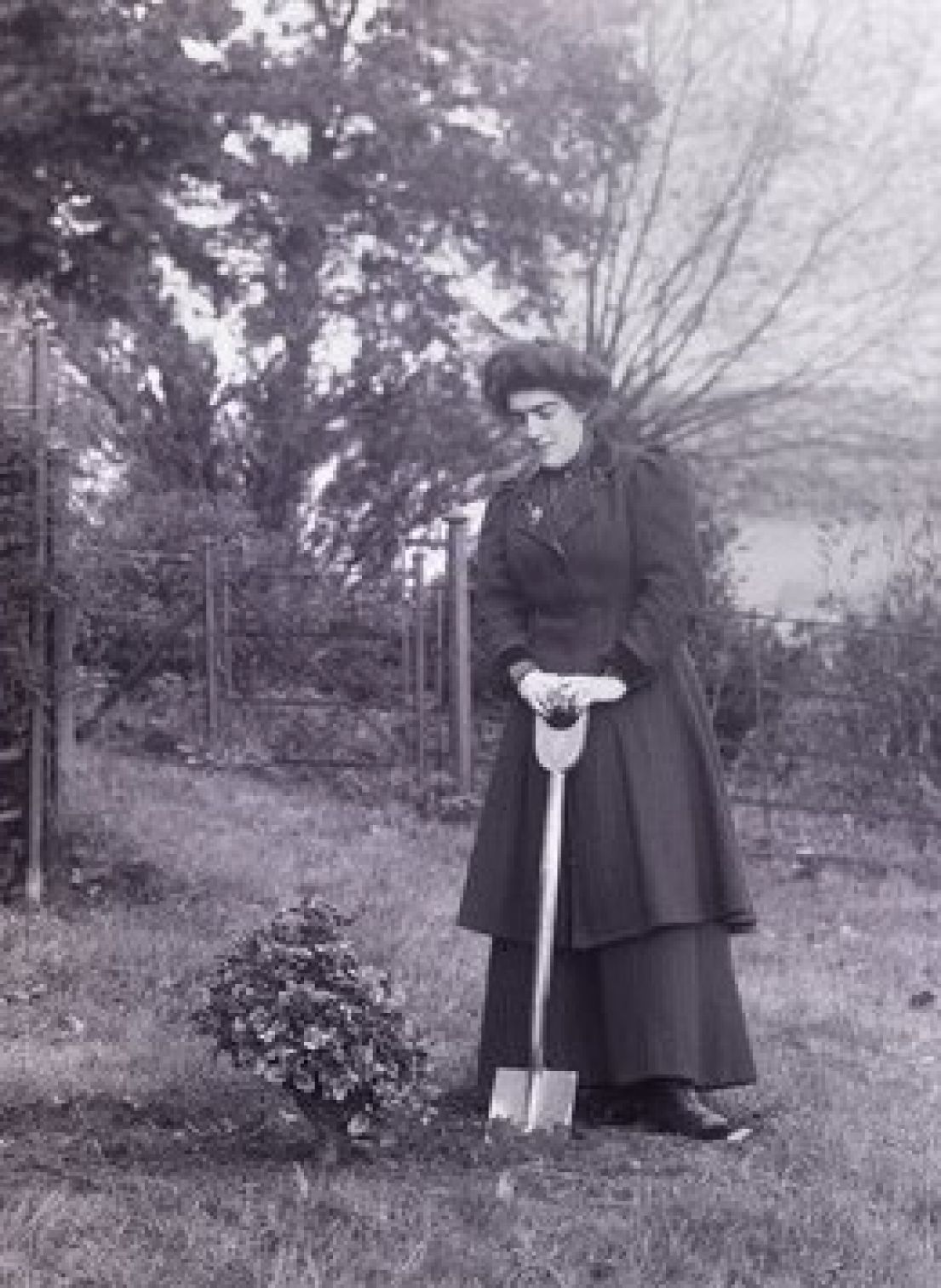 Isabel was both an invaluable administrator and a confident speaker for the cause.  As hospitality secretary to the Women’s Social and Political Union she arranged accommodation for visiting suffragettes so that they could attend events in London. Later as the movement heated up, she organised bail for those who’d been arrested. At some point she herself may have been imprisoned as a photograph shows her planting a tree at Eagle House in Batheaston, Somerset. This was a refuge for suffragettes, a place to recover from harsh prison treatment. Women were encouraged to plant trees in the grounds as a symbol of hope for future equality. She recovered and travelled to Berlin, Austria and Russia on a speaking tour to promote women’s rights. After some years in Canada she returned to England and went on to become a county counsellor in Hampshire.

See the commemorative suffragette trees planted in Victoria Park, Bath in honour of the now lost trees from Eagle House

The daughter of a railway worker in Newcastle upon Tyne, Kathleen was a passionate suffragette. She took Emmeline Pankhurst’s call for ‘deeds not words’ to heart, breaking windows when Lloyd George visited the city and even hijacking a horse-drawn fire engine for the cause at one point! She was imprisoned three times and became one of the first hunger strikers.

Got a story? Tell us more!

We will be highlighting more stories of extraordinary women throughout the year. Many thanks to all those who’ve already sent in suggestions. If there’s anyone you want to champion, do tell us!

Other avenues to explore…