This year, England’s largest festival of culture and heritage will celebrate its 25th anniversary, with a new arts commission focusing on those who have affected positive change and the power of gentle protest. 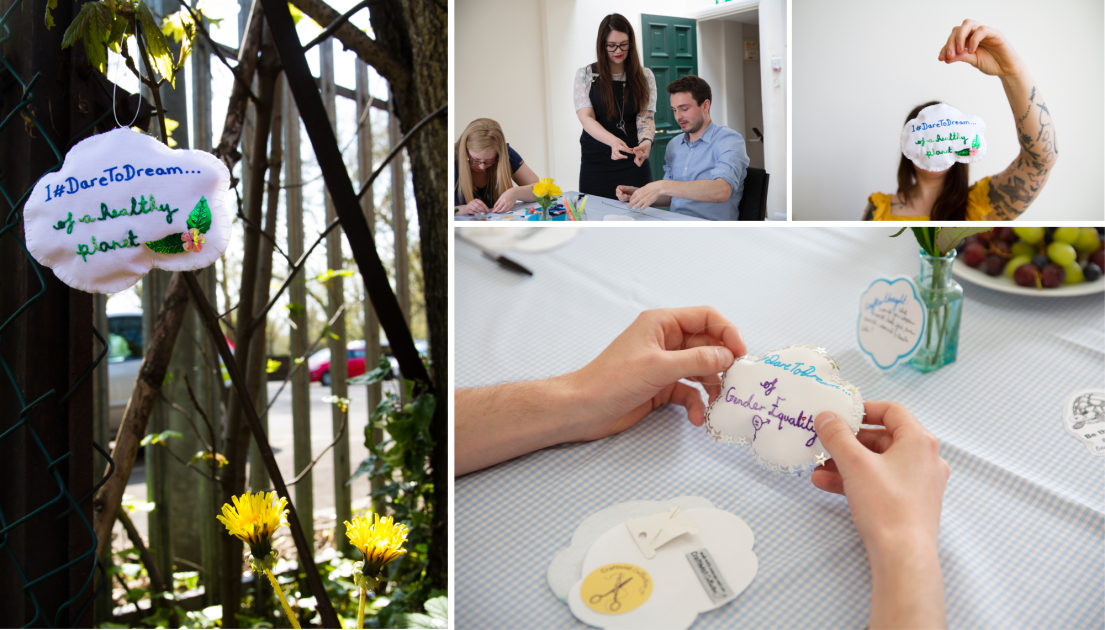 In 2019, Heritage Open Days will celebrate its anniversary with 25 Years of People Power. Against a backdrop of Brexit - a time of unprecedented social division and uncertainty - hundreds of events across the country will celebrate change-makers; those whose visions and dreams have brought positive developments to our society, both large and small.

Alongside festival walks, talks and openings, the Dare to Dream project will explore the power of positive visualisation in effecting change and finding solutions to the problems that surround us. Through a series of ‘craftivism workshops’ designed by Sarah Corbett, founder of the global Craftivist Collective, participants will have an opportunity to think about the issues that matter to them, and how to be an active part of bringing positive change, both locally and globally. The commission is the third in Heritage Open Days’ Unsung Stories strand, made possible by support from players of People’s Postcode Lottery with the aim of exploring lesser-known histories in new and innovative ways.

Participants will hand-stitch their positive visions for the future onto fabric ‘dream clouds’, share their creations on social media, and display them in meaningful locations to encourage us all to be solution-seekers and change-makers. “We’re thrilled to be working with Sarah, who embodies the gentle form of People Power that is at the heart of Heritage Open Days,” says HODs National Manager, Annabelle Thorpe. “Throughout history, real change has come from those who have thought differently, dreamed big and believed solutions are there to be found. Dare to Dream offers a chance for everyone to think about how we can all positively shape the future, and make our dreams for a fairer, happier society become reality.”

Across the Heritage Open Days festival, Sarah will lead four free workshops, launching at Dartington Hall in Totnes, where the concept for the NHS was established in the 1940s. Moving to Norwich, Manchester and Durham, each session will take inspiration from local dream-makers whose historic ideas helped to shape a new reality. Downloadable instruction packs will also let organisers run their own Dare to Dream workshops, enabling nationwide participation. After the festival, insights drawn from the workshops will create a picture of our dreams and hopes for society in the next 25 years.

"By having a vision rather than just fixating on a problem, our brains start finding ways to turn those visions into reality” says campaigner, Sarah Corbett. “Join us and craft your creation, whilst you think deeply about what your dream for a better world will look like, and how you can be part of making it. Stitch by soothing stitch, we can become positive change-makers." Yesterday’s dreams shaped today’s reality. This September, join Heritage Open Days and the Craftivist Collective to create individual dreams for a positive future.