‘Let’s open the doors!’ announced Heritage Open Days patron, Loyd Grossman OBE. He was speaking on the eve of the festival at the Guild Hall in Winchester as organisers prepared to make history again in the UK’s biggest grass roots celebration of cultural heritage. 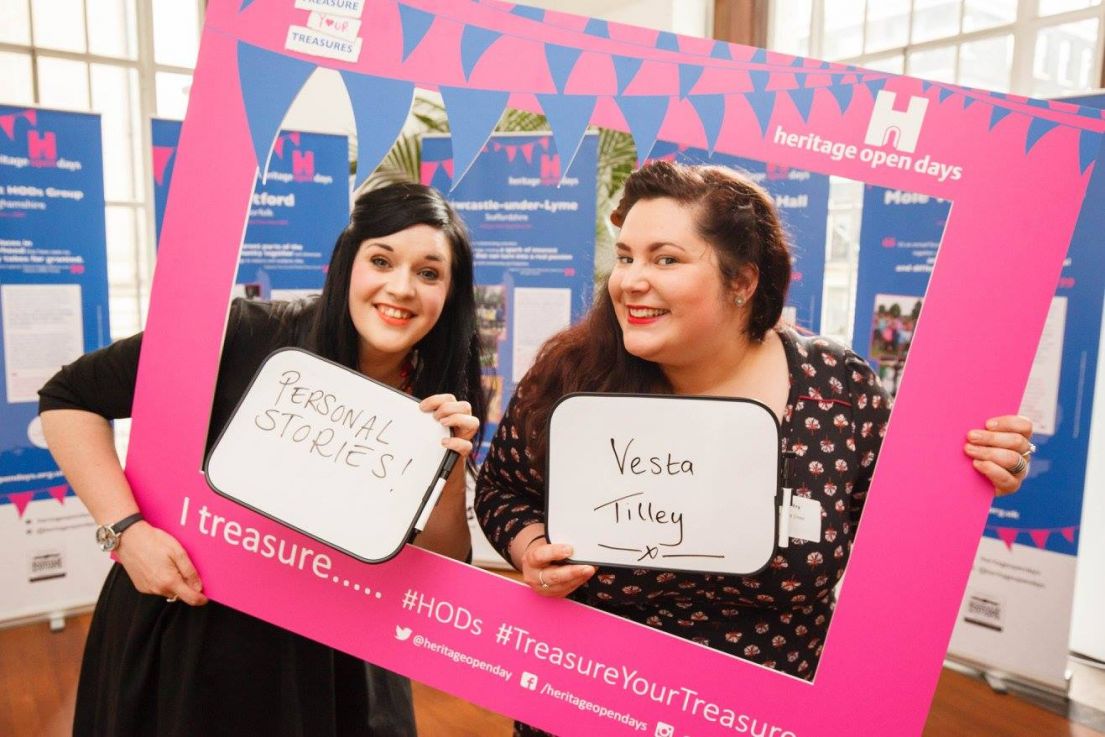 © Rahil Ahmad - Giant pink selfie frames kicked off at the national launch as part of this year's treasure your treasures campaign - did you spot one near you over the festival weekend?

A cavalcade of over 5000 free events took place between Thursday 8th and Sunday 11th September, representing a bumper sized, ten percent increase on the number of events in last year’s programme. From castles to cathedrals, stately homes to swimming baths, palaces to prisons, people of all ages, who might not otherwise engage with heritage became connected with their places through free to access demonstrations, exhibitions, talks and tours. This year’s more unusual highlights included a full-scale re-enactment of the coronation of a young boy king, Henry III in Gloucester Cathedral and a celebration of the 1000th anniversary of the birth of Coventry, complete with Lady Godiva. There was a Heritage Open Days ‘Bake Off’ in Oswestry which saw historic buildings and characters recreated in sponge cake. Knutsford was completely  ‘in the pink’ with a super-sized programme of imaginative activities. VIPs and celebrities including Mark Radcliffe, George Osborne, Raymond Blanc and even our own Dame Helen Ghosh followed in the steps of King Canute’s historic crossing of the tiny River Lily. 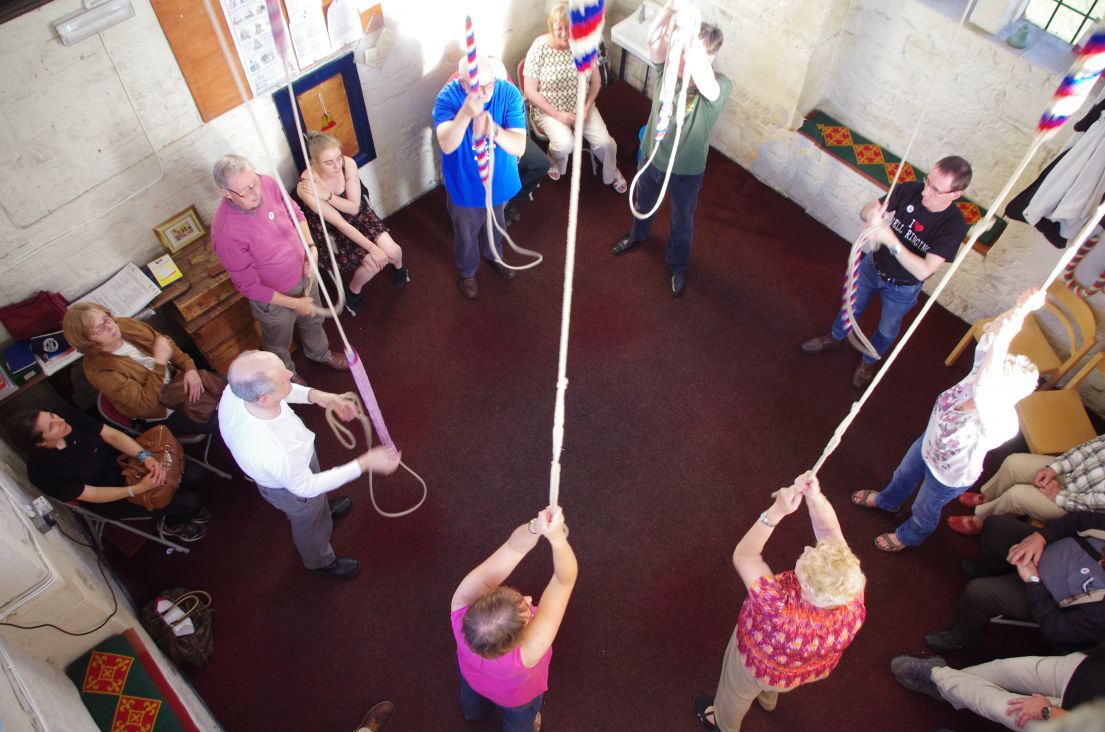 In addition to the legendary pink branding, bunting, balloons and banners, this year our funding support from players of People’s Postcode Lottery also enabled us to provide selected regions with giant pink ‘Treasure Your Treasures’ picture frames. Visitors and organisers were encouraged to capture themselves with their favourite history pieces, valued heritage volunteers, and special places and to share these on social media.

A successful partnership with the Central Council of Church Bell Ringing to open up bell towers put the 300 year old tradition firmly in the spotlight when the BBC worked with us to produce a survey to find out what's being done to recruit a younger generation of ringers.  Presenters and reporters across 39 BBC local radio stations took to towers for hands-on bell ringing experiences. There was coverage on the front page of the BBC news website; the Financial Times ran a bell ringing story and ‘Songs of Praise’ got involved with a visit to The Church of St Peter Mancroft in Norwich. Clips of audio and films of people ringing the bells being shared across social media added a new dimension to the coverage. 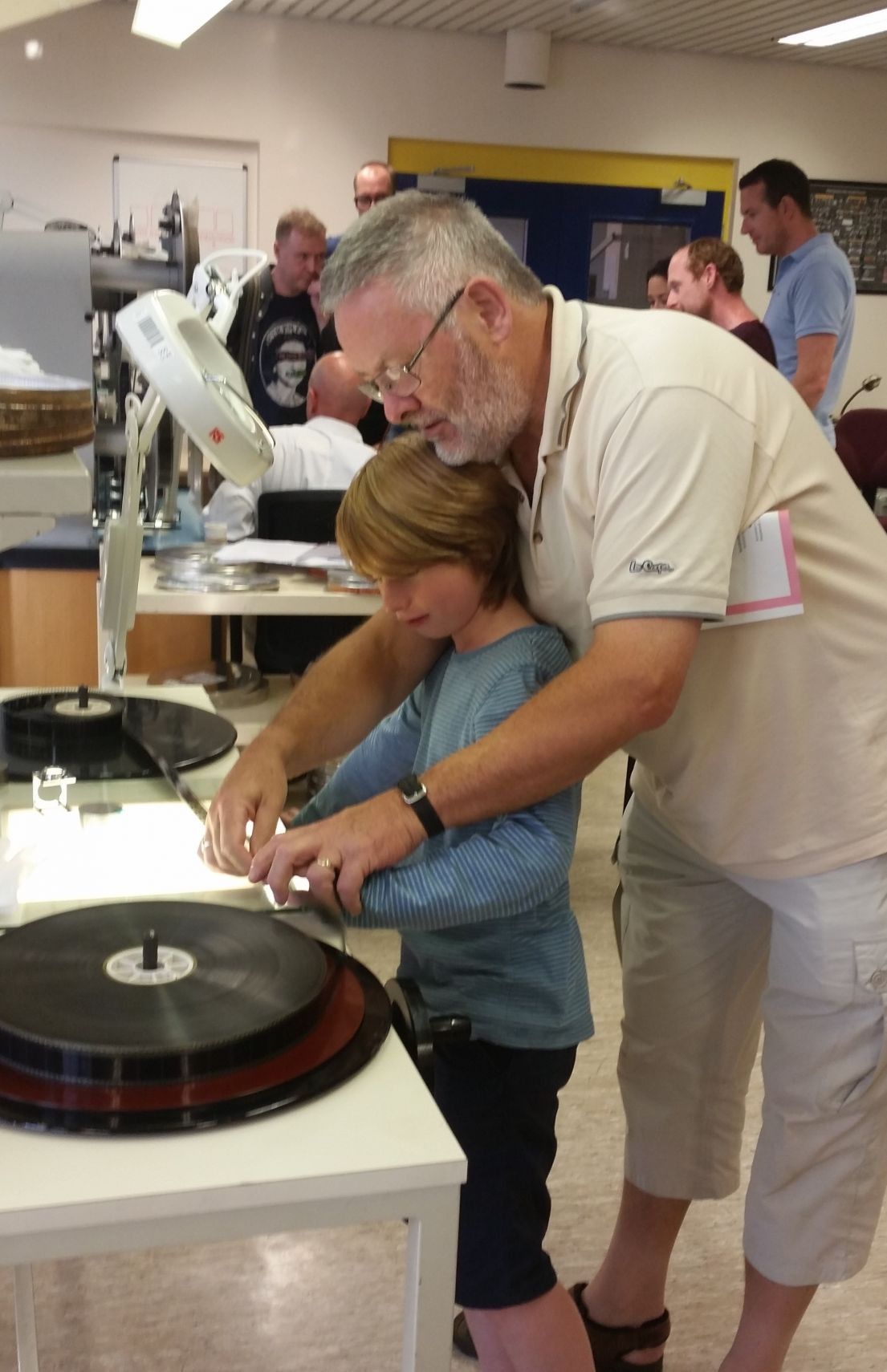 With a more mobile device-friendly website, a fabulous team of social media volunteers, successful sector partnership working and a year-round rolling press campaign at one point over the weekend we were reported to be trending on Twitter!  The web statistics are up too, with over 700,000 more impressions over the four days than last year, increased dwell time and an unprecedented spike in traffic following a breakfast time mention by Money Saving Expert’s Martin Lewis on ITV’s Good Morning Britain.

Our full evaluation will be completed in November but so far, reports from tired but elated organisers would suggest that visitor numbers are also well up.  The Turbine House in Berkshire were ‘absolutely staggered’ to received 809 visitors over 4 days for their Reading & Its Rivers event. They explained that it is normally an unmanned site that usually only get a couple of people a day.  Stank Hall Barn in Leeds said that they gave up counting heads after numbers doubled from last year from 200 to 400 and their security team were hanging around and rattling the keys waiting for people to leave!

Heritage Open Days is bigger and more buoyant than ever. Closing the doors on 2016, we look forward with anticipation to the start of a new chapter unfolding in the history of Heritage Open Days and gear ourselves up to do it all over again in less than 12 months time!