The results are in for our second ever photography competition, with 100s of entries featuring places of every age, style and function – all of which responded to the theme of ‘POWER’. However, there could only be one winner! Read on to find out more about the winning image, as well as our runners-up and honourable mentions. 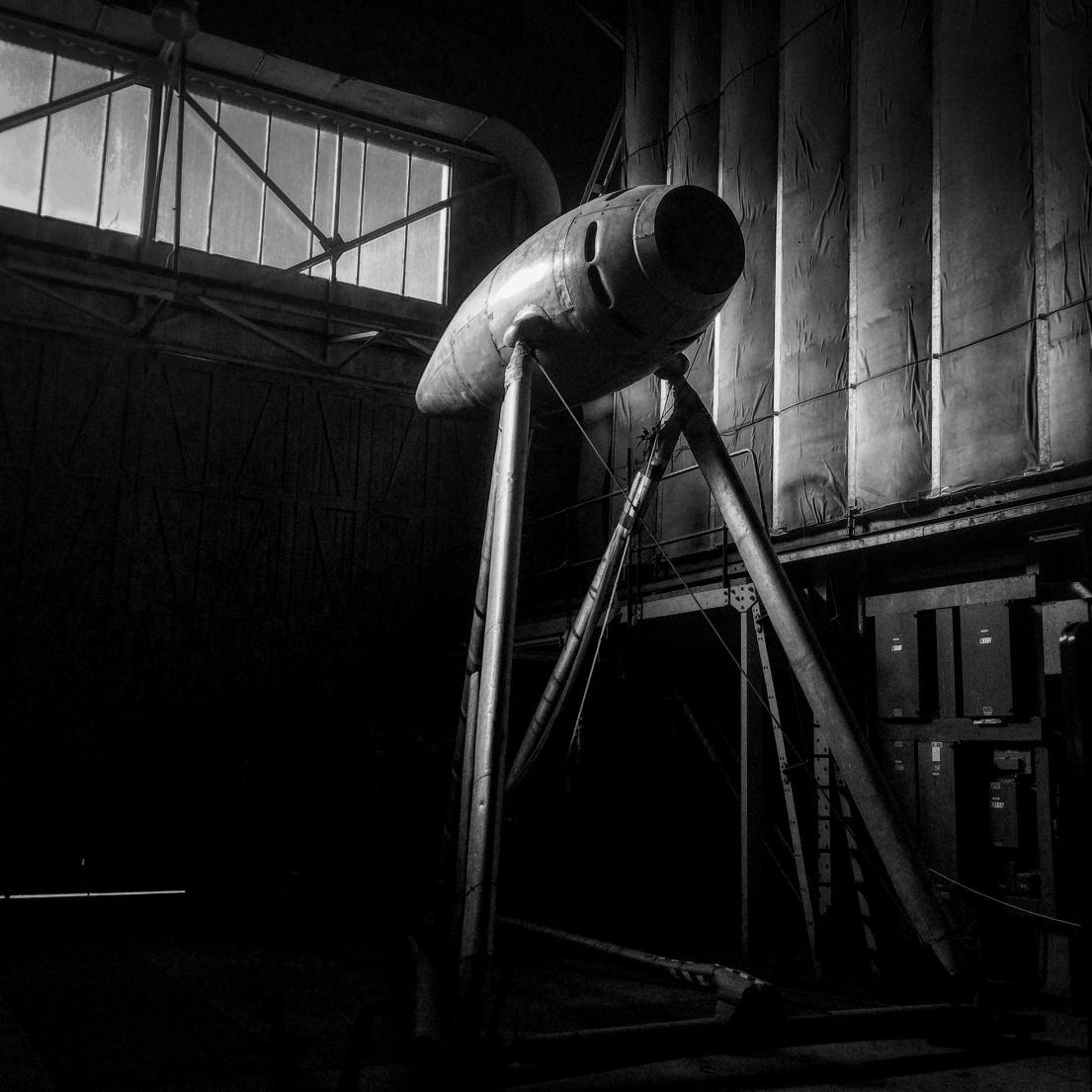 This world class aerodynamic testing facility was opened in 1935. Saved for the Nation in 1993 when the Ministry of Defence set out to demolish and sell the former RAE Site, it is now Grade I Listed. Using a more literally interpretation of power, Ana has used clever lighting to give a sense of awe and strength to the propeller rig. – Andy Henderson, HODs Visitor Experience Officer

A dramatic low-key image of the propeller rig within the Q121 wind tunnel building at the Farnborough RAE. Really well shot and depicts a significant bit of UK heritage that perfectly meets the brief for the theme of 'Power'. A very worthy winner. – Matt Emmett of Forgotten Heritage 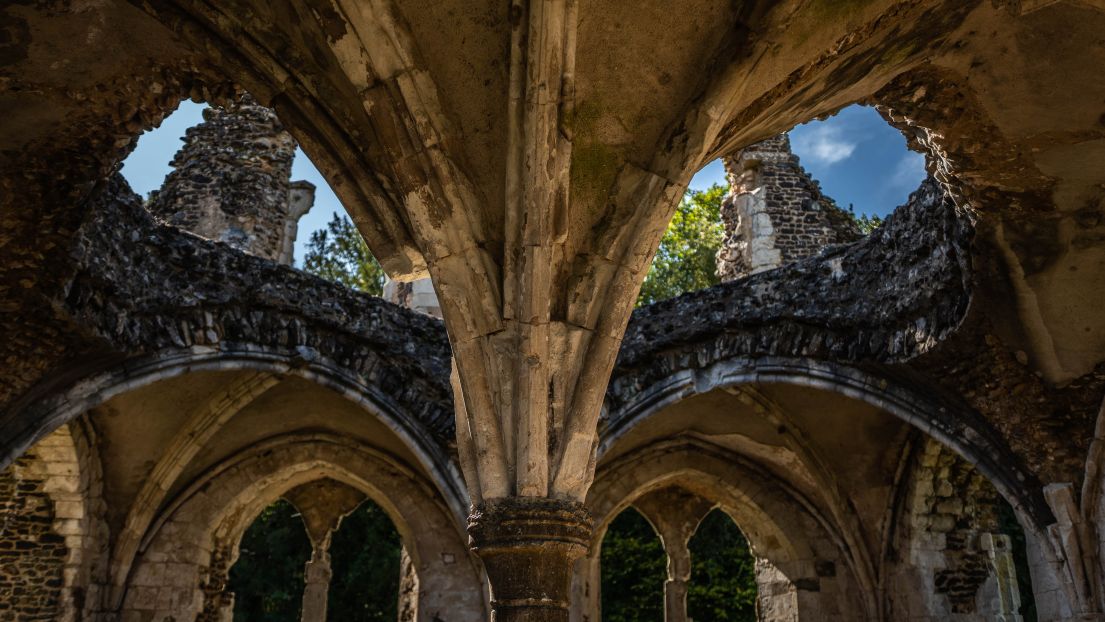 Luke has done a fantastic job of highlighted the stonework and symmetry of Waverley Abbey. It was the first Cistercian abbey to be established in England, founded in 1128. It was suppressed by Henry VIII in 1536 as part of the Dissolution and is a reminder of the power struggle between church and state. – Andy Henderson, HODs Visitor Experience Officer

A very detailed image showing off the stonework and vaulting at Waverley Abbey. The unusual angle chosen and symmetry in the photograph adds that extra bit of visual interest. – Matt Emmett of Forgotten Heritage 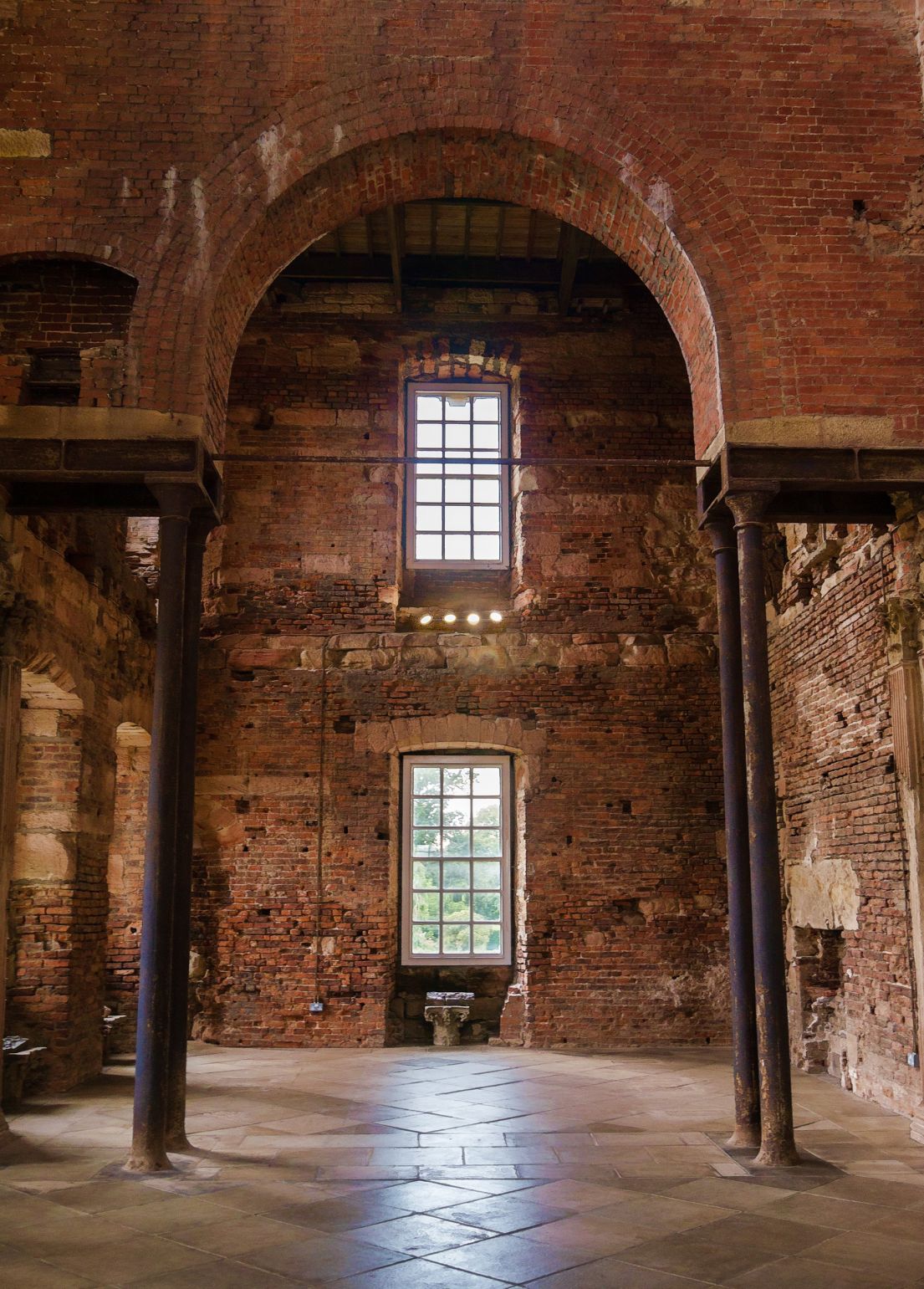 Seaton Delaval Hall, built in 1718 by Sir John Vanbrugh, was once home to the flamboyant Delaval family who in times of Georgian extremes, stood apart as the most notorious of their generation. Here, Susan has focused on the enduring power and symmetry of the central block arch, which continues to hold strong despite being ravaged by fire in 1822. – Andy Henderson, HODs Visitor Experience Officer

A gorgeous interior view of Seaton Delaval Hall, showing the strength present in that most load bearing architectural feature, the arch. – Matt Emmett of Forgotten Heritage 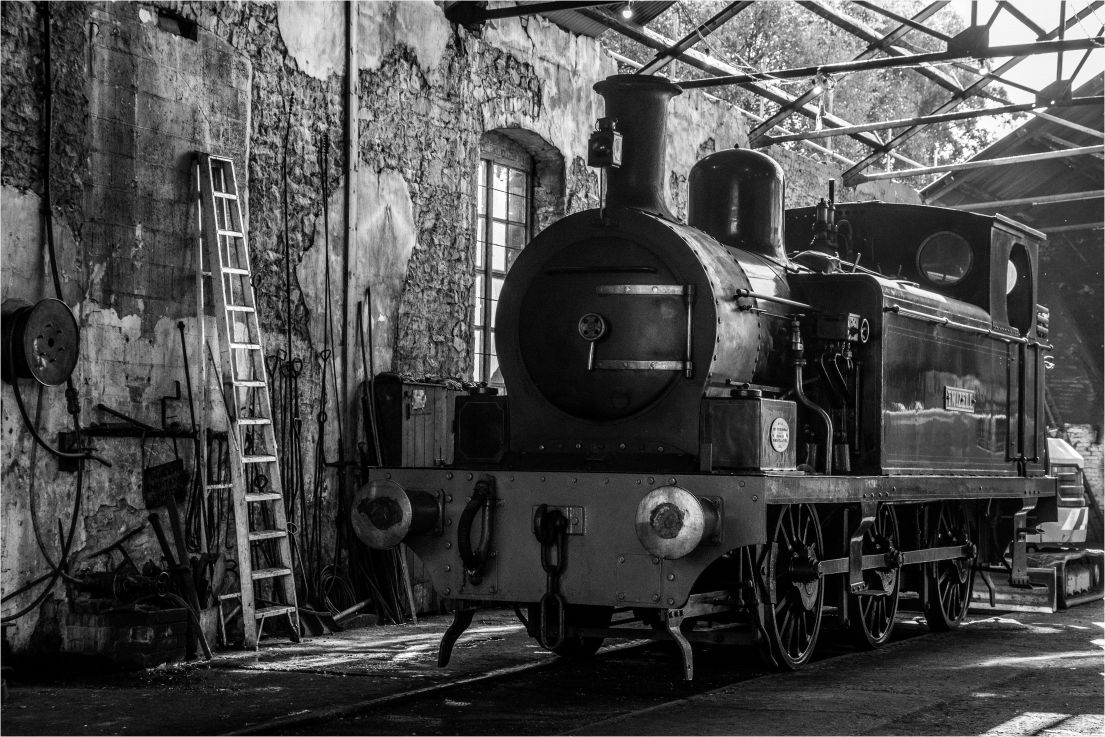 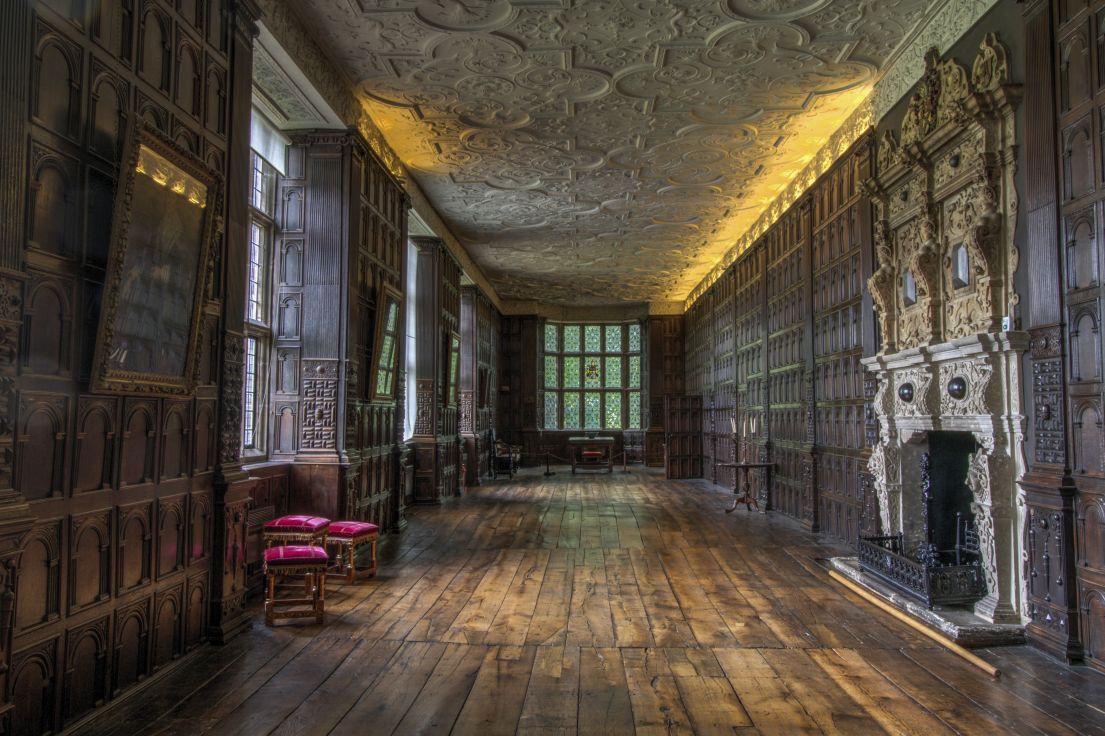 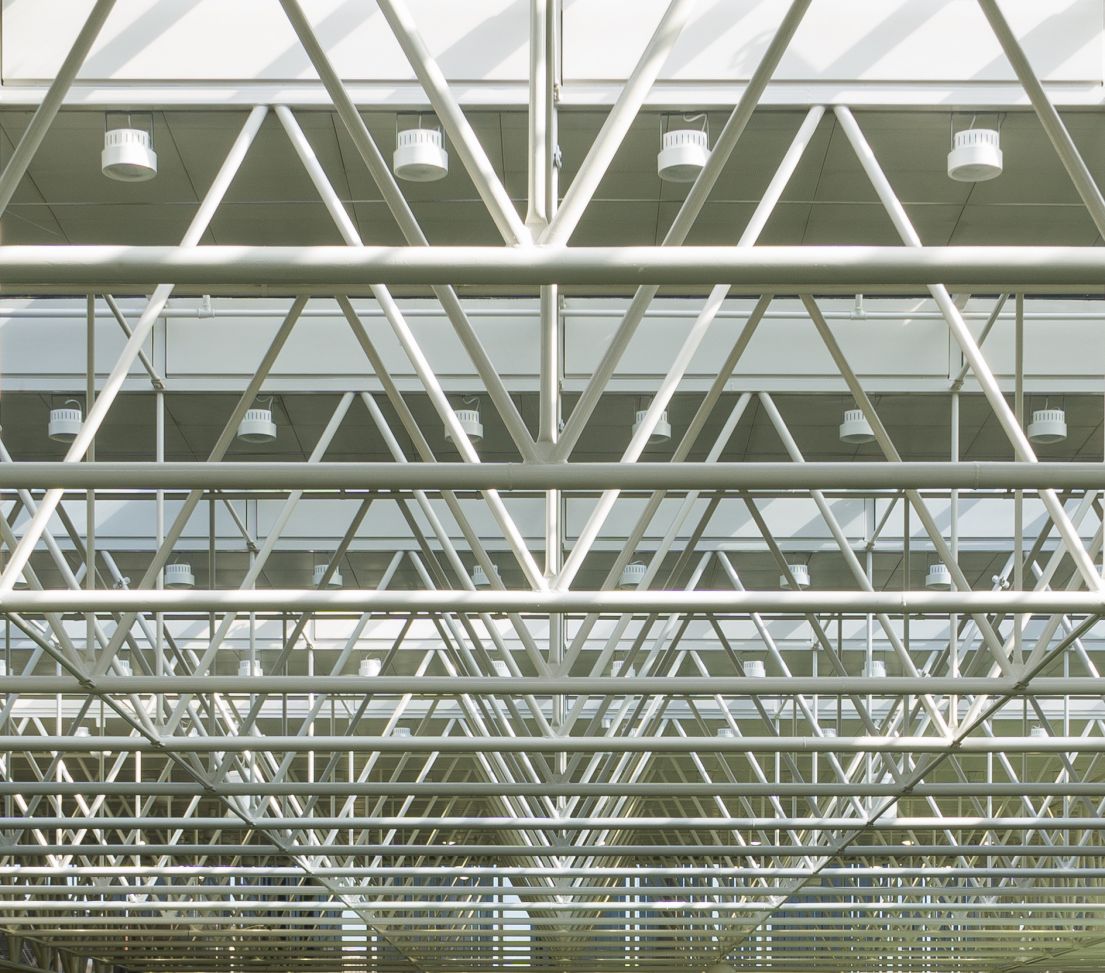 How was the competition judged?

Judging was conducted by Matt Emmett, Historic Photographer of the Year 2017 and author of Forgotten Heritage, and Andy Henderson, who manages our social media and photography production. They were looking for visually striking, technically brilliant and cleverly composed images that also responded effectively to the theme of ‘POWER’. Images were scored by each judge independently, before Matt and Andy added their scores together to decide on a winner, two runners-up, and several honourable mentions.

Our winner and runners-up will all be receiving gift vouchers courtesy of Cotswold Outdoor, providing them with all the kit to continue their heritage adventures.

Thanks again to everyone who took the time to enter the competition; we'll be featuring more of your entries on our instagram page over the coming weeks.