The World Cup (of cakes!)

It’s official!  Today we’re launching the Heritage Open Days’ World Cup of Cakes, pitting the sixteen most sinful slices against each other.  We’ve thought long and hard about the contenders, so do let us know what we’ve missed (or what shouldn’t be there).  It’s pure coincidence, of course, that this momentous competition coincides with some small sporting event currently taking place in Russia…but really, what’s more important, football or cake? Read on to find out how to vote for your favourite. . . 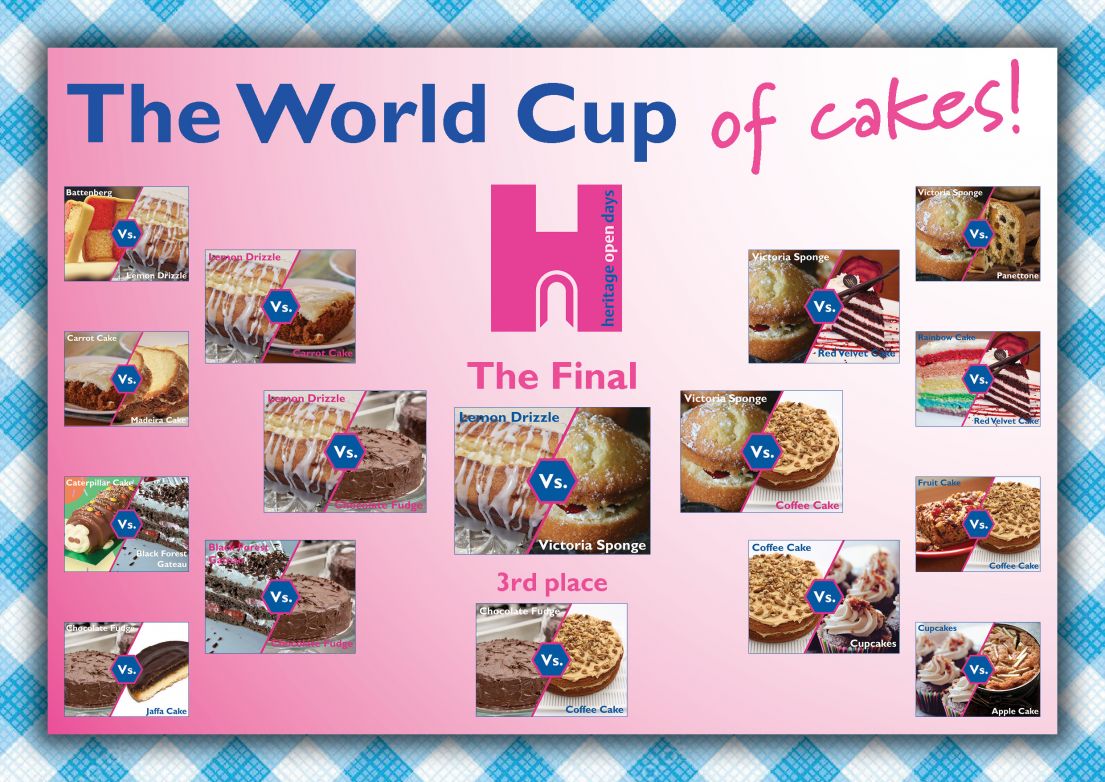 How do I vote for my favourite?

It’s simple. Keep an eye on our twitter feed over the next month where we will regularly be featuring cake vs cake battles. On each of these you will be able to vote in a poll for your favourite. The cake with the most votes will go through to the next round; the one with the least shall be eliminated!

Check back here for regular updates on the tournament!

Why are we doing this?

Anyone who’s been around us for a while will know that we love a bit of cake – preferably with some tea to accompany it! But more than this, tea and cake sales are also incredibly important to many of our Heritage Open Days organisers and form a key part of the £10million generated by the festival each year. Also being England’s largest heritage festival, is there anything more quintessentially English than a bit of tea and cake?

Which cakes are being featured?